The Washington Capitals have decided to add a group of people to their staff in the hopes of maximizing their in-game entertainment possibilities. Don't call them ice girls -- the Capitals promise that's not what they are. Don't call them interns, either. The truth lies somewhere in between but don't tell that to Capitals fans. They've already assumed that the good folks in charge of the Capitals are going to be trotting out scantily clad hoochies to fill their ice surface with sex, lies and drugs during timeouts. OK, not the last two, but you get the point. Some fans are also taking it as a slap in the face to what was a raucous crowd down the stretch, you know, the 'we don't need any help' cheering angle. Nonetheless, owner Ted Leonsis has already gone on the record twice defending what, when put in the context of sports entertainment, isn't really all that big a deal. Imagine if all those message board posters put some time into solving serious problems currently plaguing humanity (says the hypocritical guy who blogs about hockey in his free time).

What I'm asking is a simple question -- why all the hostility?

Not all NHL teams have ice girls/entertainment teams/whatever you want to call them. They're not for everyone. But in the places they have been implemented, even in the typically conservative American South, they have been met with little resistance. Like anything, there are fans that don't like them. There are female fans who are offended by the thought of 'ice girls'. And rightfully so. That being said, there has yet to be a full scale revolt. Well, until now.

One commenter reacting to a post about the subject on Caps blog On Frozen Blog wasn't happy:

NO!!! I am really disappointed. I was so proud of Caps fans at the end of the season and the playoffs because we were so loud WITHOUT any cheerleaders.

Clearly, this commenter has never been to an NHL game with cheerleader-type hoochies. The noise these ladies (and occasionally men) drum up is similar to that of a Kenny G album. Their main purpose in life is usually to hurl t-shirts at small children and shovel ice during timeouts.

But the best reaction of all my have come from a Caps message board poster. Wrote kirby PUCKit (Get it???): 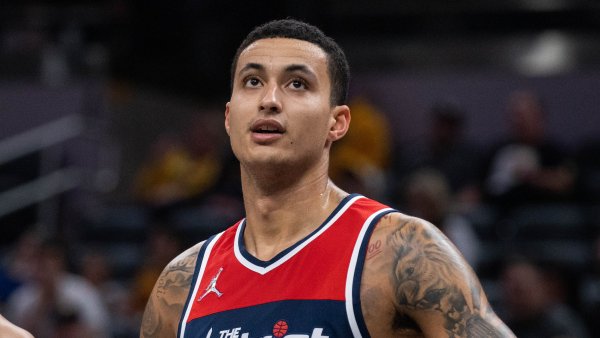 I'm thinking they'll try to blend somewhat with the "local demographics". I picture the "standard" ladies power suit, a blackberry in one hand and a Starbuck's cup in the other. Standard issue blank stare on the faces, too. Looking like they just came from a two hour meeting on Cap. Hill.

The mystery still remains, though. Why, all of a sudden, is it such a horrible thing that the Capitals are adding an 'in game entertainment team?' Is it that bad to follow in the footsteps of other clubs' marketing practices? Is our nation's capital full of people who can't stand the sight of a woman's bare shins? Another reason altogether? This, dear readers, is for you to decide. I, for one, am throughly confused.