Tom Brady, Gisele to Get Married! Unless They Don't!

Not to be outdone by Cowboys quarterback Tony Romo and his C-list singer/"actress" girlfriend Jessica Simpson, word on the street is that Tom Brady and Gisele Bundchen are gettin' hitched! What a time to be a celebrity gossip whore!

According to the Chicago Sun-Times' Bill Zwecker, who knows people: "...a close friend of the supermodel tells me, 'I don't think they will even bother getting engaged -- and will just slip off and marry quietly. But I think that's sooner rather than later.''" 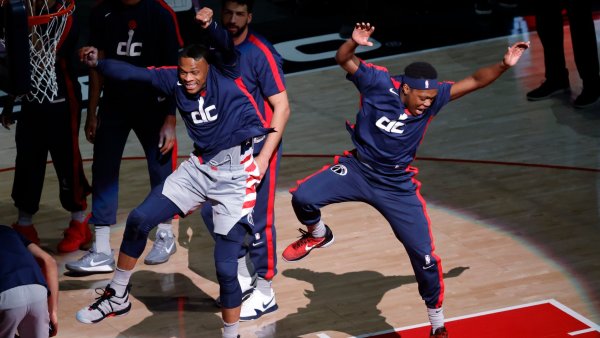 After Russell Westbrook Sent Him Flying, Cassius Winston Redeemed Himself

To summarize: somebody who knows Bundchen (or, the very least, has seen her in person) speculates that the couple will get married. Unless they don't. And it'll happen sooner rather than later. Unless it doesn't. Well, that confirms it for me.

All that's left to discuss is how Brady's an awful father, why he hates Boston, and if the rumors are true that he's also engaged to A-Rod. Oh, and don't forget: the Patriots are cheaters.

By the way, I talked to my source close to the situation and they said Brady has been seen favoring his left leg. As if he's suffered some sort of injury. They also think he'll miss this week's game against the 49ers, which means Matt Cassel will play. Feel free to quote me.