Terrible Weekend on the Mid-Major Bubble

Mid-major basketball fans are frothing at the bit for this weekend's Bracket Buster bonanza. A slew of games pitting the best teams from all over the country, highlighted by Drake and Butler hooking up in Indianapolis. That game should be a doozy but a good part of the fun of this weekend is usually seeing which teams might step up and get at-large bids to the NCAA Tournament. I say usually because after this week it's hard to find many teams with chances that look good.

Sure, Drake would get a bid if they suffer an upset in the MVC tourney but there's no way another team from that conference is dancing without an automatic invite. Creighton lost twice this week, including a 87-59 thrashing at Bradley's hands on Saturday. Illinois State, meanwhile, fell at Indiana State. The Redbirds will be a popular choice in the 2008-09 preseason, see sophomore Osiris Eldridge's 34 points in the loss, but they won't factor in this year's postseason. And this year's favorite, Southern Illinois, followed up their win against Drake with their first road win at Wichita State. Too little, too late unless you're looking for the likeliest spoiler in the conference tournament.

It was tough all over the Midwest. 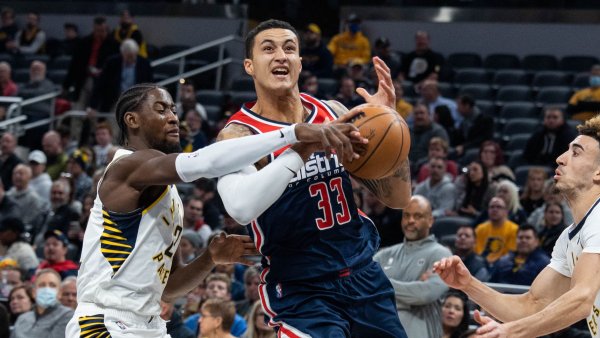 Akron was eliminated from contention with a loss to Northern Illinois early in the week while Ohio's lost three of four, including a 10-point loss to Kent this weekend. The Golden Flashes have secured their bid but if the MAC wants to end their one-team streak someone will need to beat them in the tournament.

Ohio and Akron will be playing George Mason and VCU, respectively, this weekend but those results probably won't matter any more to the CAA teams. VCU's loss to Old Dominion on Saturday isn't an awful one but it is one too many for the Rams to get in the dance through the back door. The Patriots' home loss to UNC-Wilmington isn't any better. GMU has the nonconference resume in order but didn't take care of business in the Colonial and will have to survive what should be a minefield of a conference tournament.

Oral Roberts needed to go unbeaten in the Summit to have any shot at an at-large but lost to IUPUI on Saturday. Davidson's in the same boat, and still unbeaten in the Southern, but if they should stumble before the tournament, it would be hard to make a case for them over a lot of the other teams listed here.

If there is a mid-major worthy of two bids this morning it's probably the Sun Belt. Western Kentucky and South Alabama have dominated league play but their meeting on Thursday will probably decide which of them has a chance at an at-large. If WKU wins, they'll have 12 straight wins and a two-game lead on the Jaguars. If USA wins, it's a sweep of the Hilltoppers and their third top 50 RPI win. So, strangely, if the winner on Thursday loses a rematch in the Sun Belt tournament, it would be the conference's best outcome.