Used to be the case that during the NFL season bloggers spent their weekdays recapping the games that just wrapped and previewing those on tap. It was a simpler time.

Now, though, much of my mid-week writing focuses on the NFL's insane stance on player punishment. I could end every post with "things can't get any more ridiculous next week, can they?" And, like clockwork, that's exactly what happens.

Last Thursday, it was announced that the league was fining Steelers safety Ryan Clark$5,000 for memorializing fallen former teammateSean Taylor, which wasn't in accordance with the NFL's mourning policy. Classy. 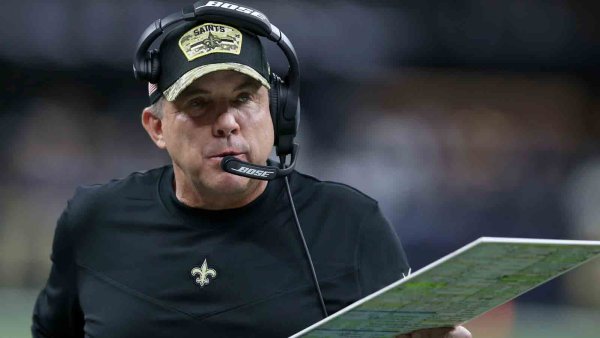 Sports Bog's Dan Steinberg has thoughtful post on the whole thing, and even talked to to the commissioner about Clark's fine. Roger Goodell, who's more slick politician than high-powered executive, was predictably vague in his response:

"I don't know the specifics of it because I don't do [fines] on a daily basis, but we don't allow personal messages ... And everybody has an interest, everybody has something that's a good cause. But we're a team game, and we represent the NFL. So when we do something, as we did last year with Sean Taylor, we do it collectively."

When Steinberg asked what was wrong with personalized messages, Goodell offered this: "Because everybody has their own individual causes ... This is a national platform. This is the NFL's platform, and all of its clubs'. We do things collectively. That's what the game of football is all about."

Steinberg astutely notes, however, that "people who play the game of football are individuals, many of whom have known tragedy, are one play away from no longer being part of the collective, and desire some sort of personalized inspiration while on the field." Which is seemingly obvious to everybody not currently occupying league offices.

I understand that uniformity is important -- it modifies behavior, after all (oh, wait) -- but shouldn't there be some discretion involved? I know, Mr. Goodell, you're concerned "that everybody has an interest" and if you don't police such stuff, the NFL will be overrun with guys changing their names to "Ocho Cinco." Maybe, but not likely.

One of the great orators of our time, Fred Smootexplains:

"[Fining Clark] ain't right," Smoot said. "C'mon man. That man played with Sean. They had a nice bond. Sometimes I think they're worried about all the wrong [stuff]. If you really want to do something, stop everybody from using steroids that's using steroids, instead of worrying about how the hell I'm dressed when I walk out there and play. You know what I'm saying? Worry about stuff that count, like people getting paralyzed. Continue to take care of them, instead of leaving them alone as soon as they out the damn NFL. Worry about something that really count, instead of the stuff that don't matter. That's something they good about doing."

By the way, when Smoot runs circles around you in a debate, you're an epic failure. Stay hot, Rog. (And, yes, Fred, you're getting fined because, well, INSOLENCE WILL NOT BE TOLERATED. Or something.)