You have already seen the video of Anquan Boldin getting absolutely destroyed by Eric Smith in the Jets - Cardinals blowout on Sunday. The NFL has now taken swift, and somewhat appropriate, action against Smith, by suspending him for one game and fining him $50,000.

Specifically, on a pass play on Sunday, Smith engaged in helmet-to-helmet contact with Arizona Cardinals wide receiver Anquan Boldin, who was in a defenseless position at the time contact was made.

The suspension will sideline Smith for the Jets' game against the Cincinnati Bengals on Sunday, Oct. 12 following the Jets bye on Oct. 5. The $50,000 fine includes the game check Smith will forfeit for the week of his suspension.

That's a pretty good start. But frankly, as I mentioned earlier, there was absolutely no need for this hit. So seeing Smith walk away with just a one game fine when it could easily be longer than that until Boldin plays again seems a little unfair. 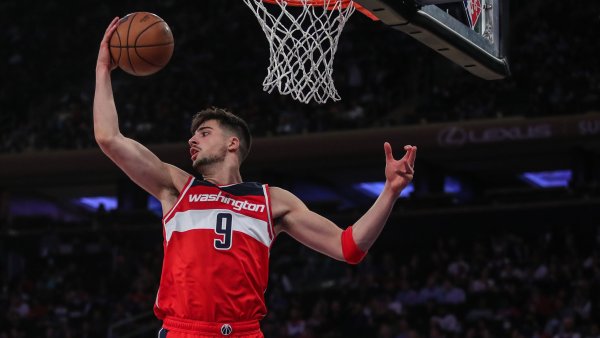 Why Kyle Kuzma Embraced Deni Avdija After a Missed Layup Vs. Celtics

In fact, that kind of gives me the idea that maybe, in the event of a clear cut intentional (in my opinion) helmet-to-helmets like this, Roger Goodell should just start suspending the violator for the length of the injury sustained by the other party. I bet it would cut down on the number of times defenders led with their helmets at anyone else's head.