Life is like a box of chocolates, or so they say. The Washington Nationals opened the box as they have signed Daniel Cabrera to a one year deal, not quite knowing what they'll get from game to game. Cabrera had spent his entire career in the Orioles organization, thus his moving costs are kept to a minimum.

Cabrera's numbers are mind-numbingly mediocre, and that's being nice. This is a guy who will show you the kind of talent he has every once in a while, as he did have two complete games, an five games of six innings or more with no walks. But even with those, Cabrera had 90 walks alongside 95 strikeouts last season, which is an obscene ratio. When he gives out the free passes, he's quite generous. Maybe a switch to the N.L. (and out of the brutal A.L. East) will help him ... or it will help the N.L if he can't find the strike zone.

But as far as a low risk, high reward signing, Cabrera is it. Is it the type of signing that will convince, say, Mark Teixeira to sign with the Nationals? Probably not. But that's what $180 million is for. 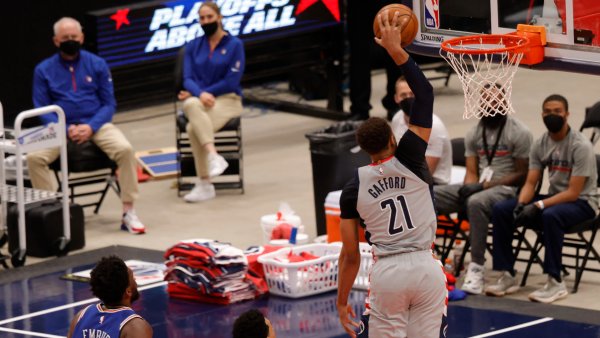 It Sounds Like Daniel Gafford Will Be Wizards' Starting Center

Daniel Cabrera Joins Nationals in Search of the Elusive Strike Zone originally appeared on MLB FanHouse on Sun, 21 Dec 2008 20:45:00 EST . Please see our terms for use of feeds.