The Daily Jolt is a dose of baseball reality every weekday morning. 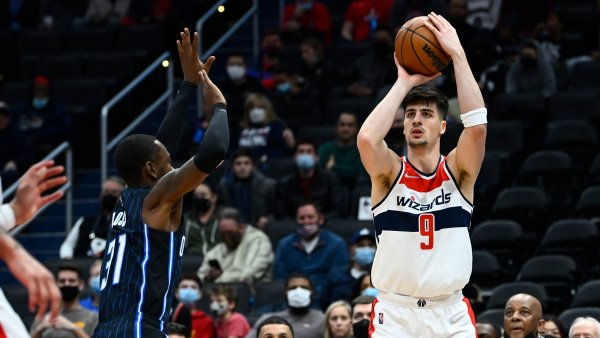 Well at least we know now that federal investigators aren't devoting all of their energy to putting away Barry Bonds. It turns out they're after Nationals general manager Jim Bowden too, poking around to try and discern what his involvement is in illegal scouting practices in the Dominican Republic.

According to a report by SI.com, Bowden is being investigated specifically for skimming bonuses intended for Latin American signings. It's a scandal that has resulted in the firing of former Reds scouting director Jose Oquendo and White Sox player personnel director David Wilder, and more recently has put Bowden's special assistant in Washington, Jose Rijo, under scrutiny in the wake of the revelation that 19-year-old Esmailyn Gonzalez is actually 23 and goes by the name Carlos David Alvarez Lugo.

Bowden, of course, has denied any wrongdoing in the matter, but considering the fact that his links to the people involved in the scandal apparently date back to 1994 and Cincinnati, things don't look good for him.

The potential involvement of a general manager in a scandal that is attracting FBI attention wasn't enough to cause more than a minor ripple in the sports world. It's a big story here in Washington D.C. because Bowden is already on the hot seat. He has failed to build the type of farm system needed to rejuvenate a franchise ravaged by years in the stewardship of Major League Baseball and he has been hit or miss with his moves at the major league level, when the Nats needed near-perfection.

Still, there weren't more than 200 reporters waiting for Bowden on Monday morning in Viera, Fla. He did not have to set up an awkward interview with Peter Gammons to explain himself. Alex Rodriguez did.

He has had to face questions about his personal relationships. He has become a pariah and a villain in a way only Bonds can understand (just ask Wallace Matthews) and he has had all of his professional accomplishments discarded in some corners. This is not an attempt to apologize for Rodriguez, but it is a call for some perspective.

Yes, Rodriguez cheated. Under the enormous pressure of a historic contract, and with a seemingly pathological desire to be loved or at least respected, he used performance-enhancing drugs. And oh, yes, he set a bad example for the kiddies. We don't know how much whatever he took helped him and we don't know even know if he was fully honest with us. We do know that he at least owned up to his mistake.

It might be easy to connect "A-Fraud" to the dishonest people on Wall Street and in Detroit who have contributed so greatly to the economic mess America is in these days, but the folks involved in this scandal have much more in common with the crooks and liars in those places than Rodriguez. Skimming money earmarked for prospects -- ones from some of the poorer regions in this hemisphere, no less -- is much more troubling than A-Rod injecting a potentially dangerous substance to try and perform at a high level, especially when the FBI is involved.

There won't be forests worth of dead trees devoted to Bowden and his connection to the scandal, though. And that's because, even though no one will admit it, this is about the record books and the characters involved. Bowden is just a lousy general manager, likely nearing his final days in charge of one of the worst teams in baseball. A-Rod is the game's highest-paid superstar playing for its most high profile team. He has never been welcomed with open arms by the general public, despite his obvious talent.

Face it, we (in the general sense) just don't like A-Rod very much, and now we have a much better reason than the nebulous ones we had before (he's a choker or a phony).

If this was really about ethics and morality or shock and outrage, there would have been hundreds of reporters trying to chase down Bowden on his Segway Monday morning. The biggest scandal in sports history? Heck, A-Rod might not even be part of the biggest baseball scandal in 2009.