As we get ready for this week's huge matchup between the Eagles and Redskins, I exchanged e-mails with Derek from the

Lowe Homers Twice, Rays Hold Off Dodgers 6-4 to Even Series 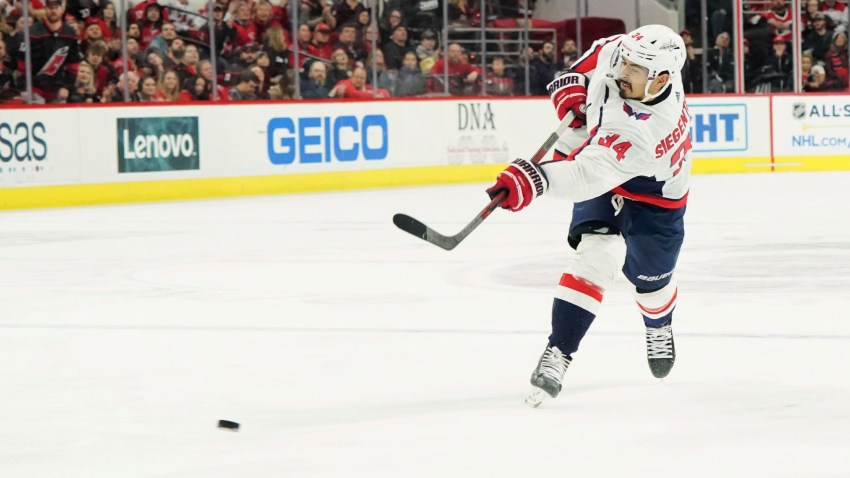 Where the Capitals' Roster Stands After Re-Signing Jonas Siegenthaler

Iggles Blog . Derek was nice enough to offer some insights on the Eagles for this week's Behind Enemy Lines feature.

Sportz Assassin: Another week, another big NFC East battle. Your Eagles are 2-2, which means they've shown you some really good things and some stuff that wasn't so good. Assess where you think Philly is at right now.

Assuming a few important players can get and stay healthy, this still looks like a team that's going to be in the mix come playoff time. It's just that expectations for immediate awesomeness - rather than season-long improvement - got a little high after the first three games.

Sportz: I noticed on your blog that some questionable coaching decisions may have contributed to the loss to the Bears. How are Andy Reid and his staff regarded among Eagle fans?

Derek: There is a small but vocal minority of Eagles fans who do not and never will like Reid. I've never really understood why. Lots of reasons are given, but most of them don't make much sense. Why would anyone care that a coach gave boring press conferences? And not liking someone because he hasn't won a Super Bowl - despite all his success - just seems bizarre to me. Argue that he should be fired because of his game-day coaching if you like, but having a visceral dislike for the man? I don't get it.

As for the rest of the staff, I think it's a fair generalization that most fans think offensive coordinator Marty Mornhinweg is basically Andy's Mini-Me; defensive coordinator Jim Johnson is back to being universally loved (now that he's got talented players manning his defense again) because of his aggressive schemes and willingness to speak his mind a bit more than the other guys; and special teams coordinator Rory Segrest should be somewhere between "shaky ground" and "overdue for firing" depending upon how willing you are to jump to conclusions.

Sportz: Brian Westbrook has usually been a Redskins killer. How important for the Eagles team is it that he play in this game against a hot division rival?

Derek: Now that (Donovan) McNabb is no longer a running quarterback, Westbrook is the one indispensable Eagle. He's the guy the team can count on to make a play no matter how well the other team's defense is playing. Without Westbrook, it's too easy to squat on everyone else and hold the offense down.

With that said, I don't think they need him to win. He certainly helps their chances though.

Sportz: DeSean Jackson is known as "the guy who screwed up against Dallas", yet he's having a pretty good year for a rookie receiver. How has his quick development changed the dynamics of Philly's offense?

Derek: Is he known as the guy who screwed up against Dallas? That's kind of funny. I must be a little too inside my Philly bubble on that one, because to Eagles fans he's pretty much the most exciting offensive player we've drafted since Westbrook.

Unfortunately, what we saw last week is that he's still a rookie. He had the bad play muffing that punt and it seemed to shake his confidence a bit. Those things happen I guess.

As for his impact on the offense, it has the potential to be extraordinary. He's a "scheme breaker" like Westbrook in that you can do everything right against him and he still beats you due to his exceptional physical gifts.

This is not something Eagles fans are used to seeing out of our wide receivers...

Sportz: What Eagle that many people wouldn't know could make a big impact on Sunday?

Derek: Hmmm... I can think of a couple of younger guys who might end up having a negative impact on the game from our side's perspective, but it's a trickier question if we're looking for something positive. Keep an eye on Stewart Bradley, the second-year middle linebacker who is really playing a key role in the Eagles' league-best run defense this season. If the Redskins' game plan relies as heavily on the run game and quick passes as I'm expecting, he could have a busy day. Let's hope it's also a good one.

Sportz: What advantage do the Eagles have over the Redskins?

Derek: Great familiarity with the Redskins' offense. Jim Zorn and Andy Reid are both offshoots of the Mike Holmgren tree, so I would expect the Eagles to be quite well-versed in what the Redskins are going to try to do offensively this week. And because Washington is so much earlier in its implementation of that offense, I would expect our defense to maybe even be a step ahead in knowing what's coming out of various situations or alignments.

Sportz: What advantage do the Redskins have over the Eagles?

Derek:Chris Samuels. That guy always seems to give Trent Cole fits. If he can continue to win that one-on-one battle, it makes it very hard for the Eagles to get pressure without bringing the house. That's an advantage very few teams have.

Again, I want to thankDerek from the Iggles Blog for his breakdown of Philly's side of this week's huge game. Go back and see our conversation prior to the Eagles-Cowboys magical Monday night tilt.