A Look at Both Sides of Wednesday's Penguins vs. Capitals Game

Wednesday night offers up one of the most intriguing matchups of the NHL season as the Washington Capitals travel to Pittsburgh to play the Penguins. It's only the second game between the two teams this season, the first being an October 16 shocker when the Caps rallied from three goals down to beat the Pens 4-3 at the Igloo.

But plenty more has happened since then, as the Pens have dropped through the standings like a rock, while an injury-riddled Capitals team has managed to lock down first place in the Southeast Division while hovering near the top of heap in the Eastern Conference. And how could I have forgotten Alexander Semin's interview with Puck Daddy -- one that fans of Sidney Crosby didn't appreciate all that much at the time. Funny enough, a rivalry that was once billed as one pitting Crosby against Washington winger Alex Ovechkin is rapidly morphing into something else altogether.

Now, thanks to the Puck Daddy interview, Semin has elbowed his way into the spotlight while Ovechkin has a surprising new nemesis: former Russian National Team teammate Evgeni Malkin. In some of their more recent encounters, Ovechkin has sought to make Malkin's life as miserable as possible, and his efforts to pummel his old buddy into submission have not gone without notice. Having the pair rank one and two in the overall scoring race doesn't hurt either. To talk this through further we've recruited FanHouse's Adam Gretz, a Penguins fan and Eric McErlain, a converted Caps fan, to talk about what seems to be evolving once again into one of the league's most compelling rivalries.

Eric McErlain: I don't know about you Adam, but I've had this date circled on my calendar for months. I'm not sure I can completely explain it, but there's no team in professional sports right now that I despise more than the Penguins. Part of it is having to watch all those humiliating playoff defeats up close in the 90s and part of it has been the relentless promotion of Crosby to the exclusion of all other players in the league. And when the Caps rallied from down 3-0 to win that game in October, 4-3, my smile couldn't have been wider. I know there's no love loss for the Caps in Pittsburgh, but somehow I'm thinking simple survival is at the top of the agenda out your way these days?

Adam Gretz: The best thing the Penguins have going for them right now is the fact the Steelers are still playing, and that's sort of hiding the fact -- at least somewhat -- that the Penguins have been dreadful for about two months now. Keep in mind, the Penguins haven't won back-to-back games since the middle of November. We're now in the middle of January. That seems almost impossible. As for the rivalry with the Caps, I love it, and I'm glad to see both teams returning to relevance in the NHL after some down years recently. That said, even as a Penguins fan, I get a little sick of the endless Crosby hype as well, mainly because I think Evgeni Malkin is a better player. Beyond that, whenever these two teams meet it's always built up as some sort of Crosby vs. Ovechkin matchup as if it's a Bird vs. Jordan thing. There's no rivalry there. They're just two really good hockey players that happen to play for different teams. However, if you want to exploit an individual fued in this game, it's Malkin vs. Ovechkin. Those two guys seem to despise one another on the ice, Perhaps off it, too.

EM: No kidding. I hate to admit it, more or less because I've got the reputation of being a pretty sober guy when it comes to my hockey writing, but no team in professional sports drives me battier than the Penguins. On the morning of the last meeting in the regular season, I made a point of calling into XM Home Ice from my car during my morning commute just to browbeat the morning host into talking about the game. All he could say was "Crosby vs. Ovechkin" and mutter a couple of platitudes about a pair of teams he seemed to know little about. I was displeased to say the least. How great is the budding Ovechkin vs. Malkin rivalry. So much for friendship between countrymen on foreign soil, eh? I have to admit I don't quite understand it. Perhaps Ovechkin has figured out that if he battered Crosby like that he'd spend most of the evening in the box. Perhaps "Geno" is just a more convenient target of opportunity? The Caps have run into a short spurt of trouble themselves, and not really at the best time either. Just as the Steelers are surging, the Redskins have disappeared from the local sports scene, an annual event that usually presages a portion of the local fanbase rediscovering hockey again. But this season, the Caps have already sold out 10 home dates and according to the team's owner, there are only 25,000 tickets remaining for the rest of the entire season. Of course, once the spotlight turned on them, they quickly dropped back to back games to Columbus and Montreal. The first game was perhaps more excusable, as Blue Jackets goalie Steve Mason really is all that and a bag of pucks. Saturday's loss in Montreal was something of a head scratcher. Defensively, the Caps are all about being in the right place all the time and not blowing defensive assignments as they don't pack much physical punch. Seeing a team like that give up four goals in one period was just bizarre.

AG: TSN had this article on Tuesday talking about the incident where Ovechkin, supposedly, took a swing at Malkin's agent a few years ago. I remember hearing about it briefly, but it's the first time I've really seen a mainstream media outlet cover a Penguins-Capitals game with Malkin-Ovechkin angle. Though, every quote in the story was from Crosby, so they at least got their fix in that way. That said, though it's highly unlikely -- pigs flying unlikely -- there's the potential for two epic fights in this matchup in Malkin vs. Ovechkin and Crosby vs. Semin. I think Malkin and Ovechkin could take care of themselves -- has Ovechkin ever fought? I know Malkin hasn't -- but from what we've seen of Crosby and Semin it would probably be the end of fighting in hockey as we know it. Personally, I'm rooting for both of them to happen, perhaps in a good old fashioned line brawl or something. Though, I'm not holding my breath for either. Darn shame, too. As I'm writing this, the Penguins just closed out a 4-2 win in Philadephia, which is huge for them, and gives them the opportunity to win back-to-back games for the first time in, as I mentioned before, two months. The Penguins broke out some sort of neutral zone trap on Tuesday and had Matt Cooke skating on their first line with Malkin and Crosby. Matt Cooke. I think that tells you all you need to know about the current state of the Penguins' wingers. Though, to be fair, he did score a goal and look pretty good. They just needed to win a game. Now let's see where it goes. 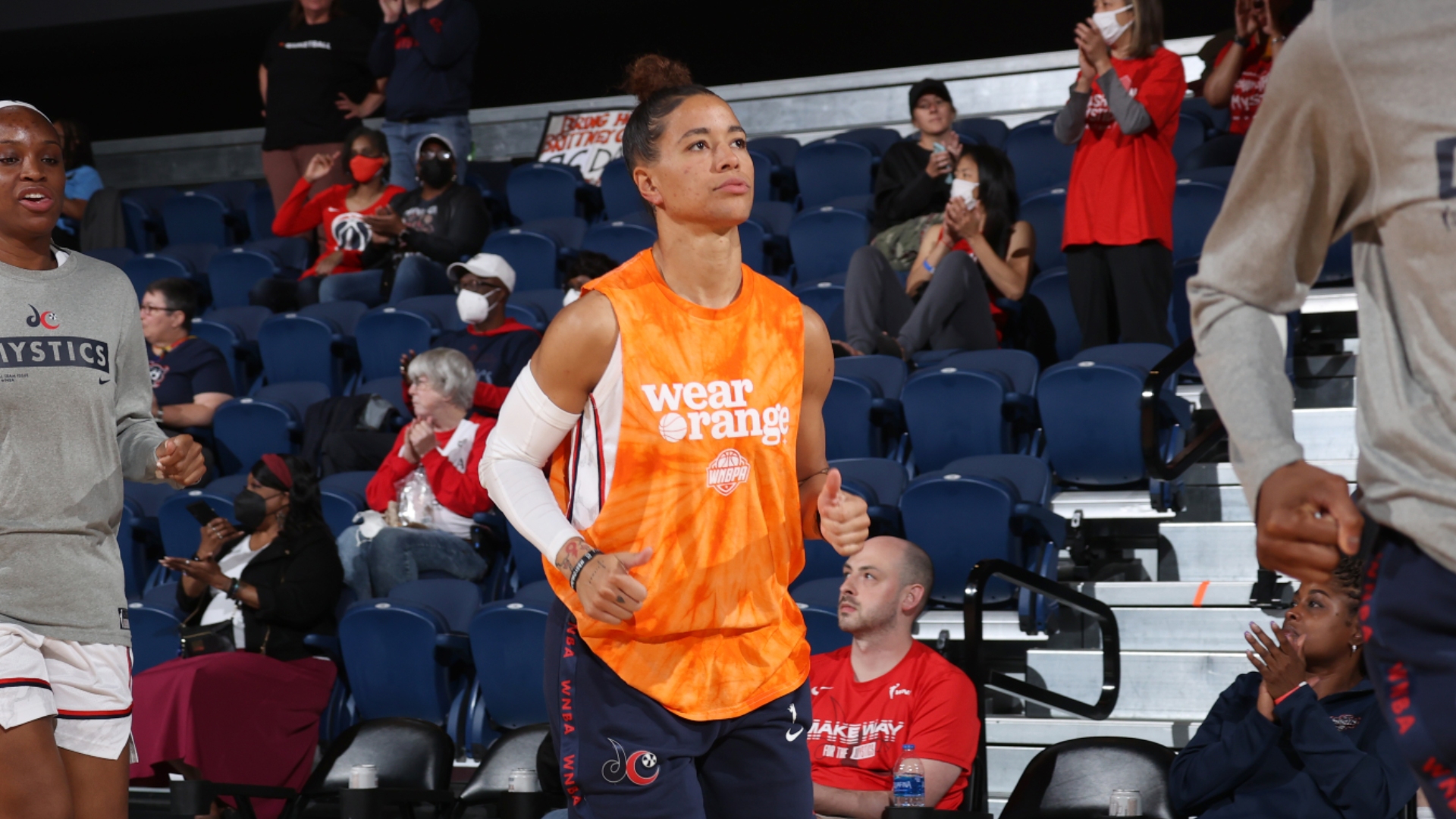 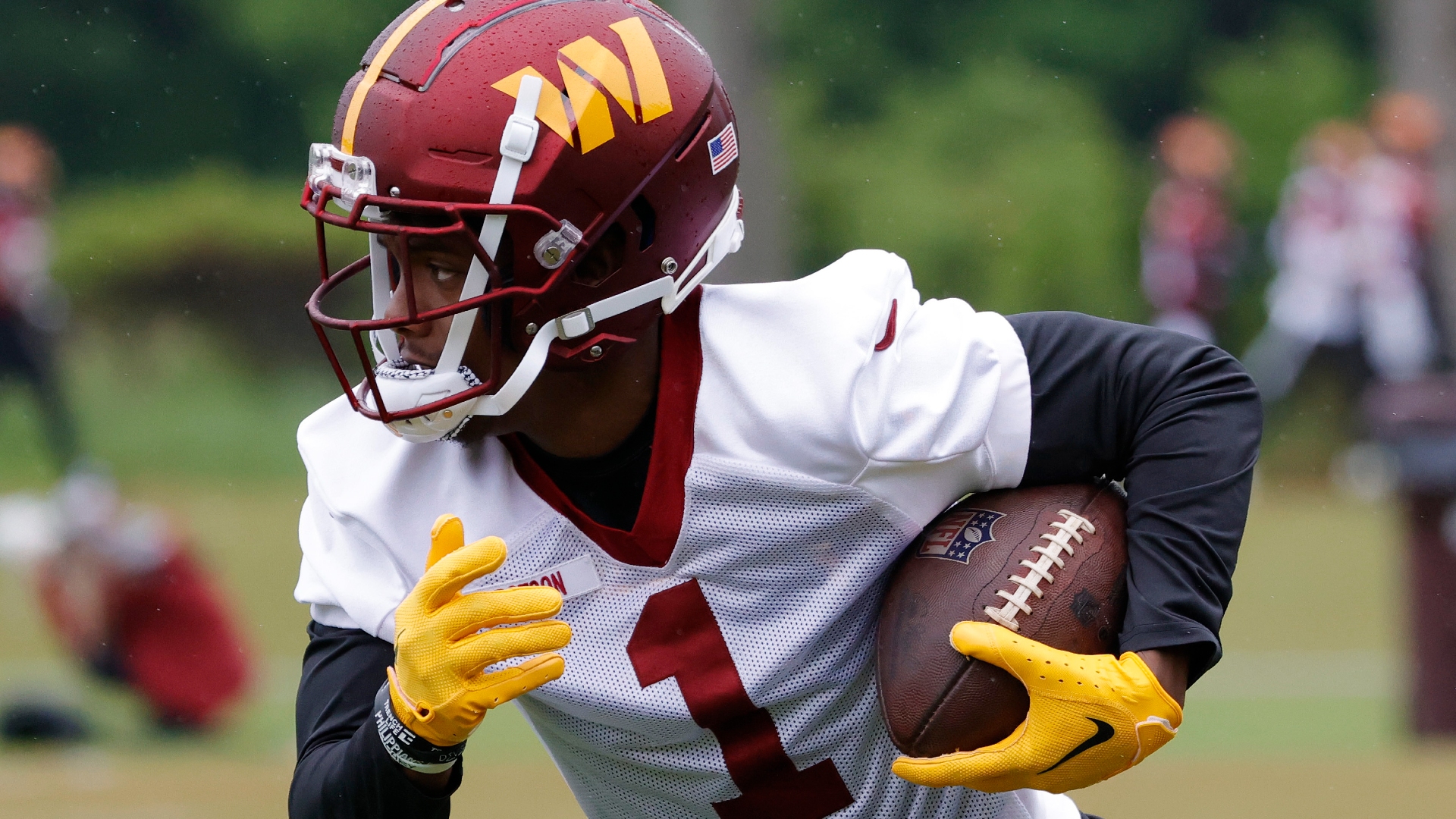 EM: It looks like both teams have reversed direction again at the same time. I just saw the Oilers score an empty-netter to salt away a 5-2 win at the Verizon Center. That's three losses in a row for Washington, including two on home ice -- a place where they seemed just about unbeatable before the weekend. Come to think of it, this is the most difficult stretch the team has had since they lost three straight on a road trip back in November. Before that, well, you'd have to go back to the disaster that was the start of the 2007-8 season to find a rougher stretch. All of a sudden, this game is taking on some additional import. Three other teams are within two points of the Caps for second place in the East, while the Penguins can move back into the playoff hunt with a win. As for Ovechkin, he's only got an assist in his last four games and is -1. Sounds like he's poised for a breakout.

AG: Man, it's the middle of January and I'm excited that the Penguins, with a win, can get back in the playoff picture. Never would have guessed that a few months ago. Some of the Penguins key players are starting to play better the past couple of games. Malkin has scored in two straight after going 10 games without a goal, Jordan Staal has scored in three straight games after signing his new contract and Crosby has five points in his past three games. Hopefully that win in Philadelphia is the start of something. When I look at Washington the one thing that sticks out to me in a negative way is its goaltending. What's the feeling down there with Jose Theodore and Brent Johnson?

EM: The feeling on Theodore and Johnson? How about the feeling that the best goalie in the organization might be playing in the minors? I'm not joking. Theodore was horrible at the start of the season, and was looking particularly vulnerable on virtually the first shot of every game. Enter Johnson, who looked like he was about to snag the job away from Theodore before he suffered a nagging hip injury. With things looking a little threadbare and Johnson unable to go, the team called up Simeon Varlamov for a weekend, and all he did was win both of his starts, including a Saturday night special at the Bell Centre in Montreal. In short, Theodore had been horribly inconsistent before he reeled off six straight wins with Johnson dealing with a wonky hip. Overall, Johnson has the better GAA and save percentage, but Theodore has the most wins, owing to the fact that he's been healthy more often than BJ. Meanwhile Varlamov, considered the future of the franchise in net, continues to simmer in Hershey. So what's the problem in Pittsburgh? Was the supporting case weakened so much that Crosby and Malkin can't carry the load alone any longer.

AG: The loss of Sergei Gonchar absolutely killed the power play unit. Destroyed it. Combine that with the loss of Ryan Whitney for the first three months and your two point men on the top power play unit are gone. The power play has gone from a top-five unit a season ago to 20th in the league right now. That's quite a drop. The other problem is, as I've mentioned before, the wingers are terrible. Petr Sykora is probably the only legitimate top-six guy they have at wing at this point. Even though they only had him for 10 regular season games and a playoff run, they're missing a guy like Marian Hossa and, as much as I hate to say it, I think they're even missing Ryan Malone quite a bit, which is something I never thought I'd say. I think Tampa Bay paid him a ridiculous sum of money, and I think he was a tad overrated, but he's still a legitimate second-line winger which is something the Penguins are currently lacking.

A Look at Both Sides of Wednesday's Penguins vs. Capitals Game originally appeared on NHL FanHouse on Wed, 14 Jan 2009 18:15:00 EST . Please see our terms for use of feeds.