The local bank unfortunately placed a large advertisement on the floor of the Navy Yard-Ballpark Metro -- albeit before the Nationals drew the Cardinals in the NLDS -- and became fodder for bloggers with nothing else to write about.

Cardinal Bank, however, is making amends. I just received the following email from "KC Cardinal":

Frustration in Japan as Leader Pushes Olympics Despite Virus 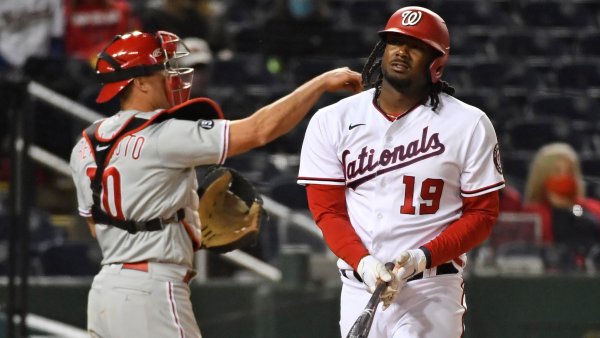 "Sometimes it’s hard being a Cardinal. Especially when your loyalties lie with the Washington Nationals.

Imagine how Cardinal Bank, a local community bank headquartered in McLean, Va., just outside Washington, D.C., took the news when – just weeks after launching a major advertising campaign featuring the bank’s Cardinal icon – their home team was paired with those other Cards from St. Louis in the National League Division Series. The bank’s campaign even dominates the Metrorail station that serves the Nationals Ballpark. A large floor graphic of a Cardinal left some Nats fans seeing red as they walked toward the station’s elevators.

But the bank took the curve ball in stride. It stepped up to the plate and hit a home run. Cardinal Bank is inviting Nats fans to “Stomp the Cardinals” … literally.

When fans arrive for Game 4 of the division series on Thursday, Oct. 11, the huge floor graphic featuring the bank’s Cardinal icon will rally Nats fans with a call to stomp the competition.

You heard the bird.