Marcus Johansson stuffed his second goal of the game past Frederik Andersen at 6:31 of overtime, lifting the Washington Capitals t to a series-winning 2-1 victory over the Toronto Maple Leafs in Game 6 on Sunday night.

Johansson pulled Washington even at 1-1 with less than eight minutes to go in the third period after Auston Matthews broke a scoreless tie with his fourth goal of the series for Toronto. It was the fifth overtime game of the series, and the record-setting 18th in the first round of the playoffs.

Holtby made 37 saves for the Presidents' Trophy-winning Capitals, who will face the Pittsburgh Penguins in the Eastern Conference semifinals for the second straight year. 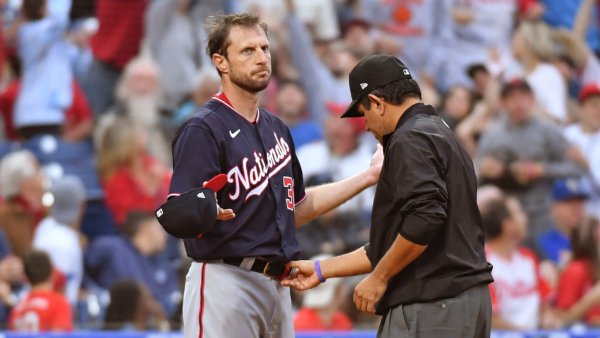 Max Scherzer Slams ‘Manfred Rules' on Substances: ‘This Is Not the Answer' 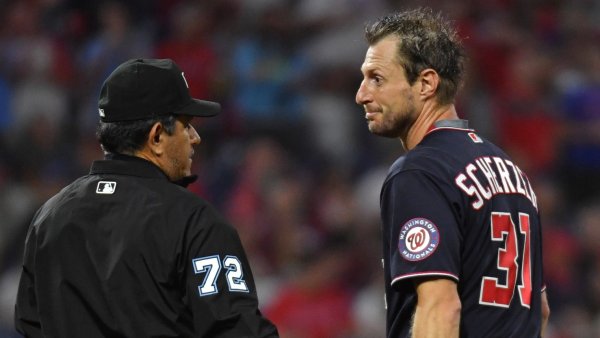 Andersen was sharp with 34 saves.

Toronto had the best chances in an opening period where few existed. William Nylander had the two finest looks, both coming off strong work along the boards and down low by fellow rookie Zach Hyman. The Capitals had their best chance in the final minute of the first when Alex Ovechkin fired a shot that Andersen struggled initially to locate.

Starting his 34th career playoff game, Andersen settled into truly fine form in the second. He stopped Evgeny Kuznetsov in tight moments into the period and then made his sharpest stop, to that point, with just under 10 minutes gone when he stuck a left pad out on Justin Williams' shot.

Williams, who beat Andersen five-hole to win Game 5 in overtime, was all alone in front as he tried to wait out the 27-year-old at the tail-end of an odd-man rush.

Jake Gardiner nearly scored for the Leafs a few minutes earlier, but his blast from the point pinged off the crossbar.

From there it was more Andersen.

He stopped Kuznetsov again on a dangerous look and then Andre Burakovsky in the high slot as chants of ``Freddy'' came from a towel-waving Air Canada Centre crowd.

The Leafs actually outshot the Caps 14-11 in the second (and 38-36 overall), but the scariest chances came from the Capitals by the end of a scoreless 40 minutes.

Toronto went long stretches without testing Holtby until Morgan Rielly dumped a puck into the right corner. Instead of wheeling around the boards, the puck bounced awkwardly into the slot where it was chased down by the 19-year-old Matthews, who roofed a shot into the top right corner for the 1-0 lead.

Matthews joined Wendel Clark as the second teenager ever to score a goal in four straight playoff games, according to the Elias Sports Bureau. Matthews, who went pointless in the first two games of the series, was the first player picked No. 1 overall by the Leafs since Clark in 1985.

Johansson tied it about five minutes later, the sequence starting with a pass by Martin Marincin that went astray in the neutral zone. The puck found its way to the Capitals' winger, who fought off Kasperi Kapanen's pursuits before beating Andersen short-side.

The Leafs had a nervous moment with 72 seconds left in regulation when Nikita Zaitsev inadvertently bumped Andersen in the head. Andersen was forced to leave two starts late in the regular season after taking hits to the head, but he remained in the game for the remainder of the third and overtime.