Washington Gets 8 Sacks, Rallies for 27-17 Win Over Eagles

The Washington Football Team played like a group of guys determined to make a name for themselves.

Haskins jumped in to give his teammates a halftime speech because Rivera was getting a pre-planned IV in his first game since learning he has a form of skin cancer.

“When playing quarterback, I’ve learned over the years that there’s opportunities in a game or in the locker room before the game to fire guys up,” said Haskins, who was 17 of 31 for 178 yards and one TD. “I thought we were kind of in a lull. ... Trying to find a way to motivate the guys and we found a way to come back in the second half and win.”

After falling behind 17-0 following a pair of touchdown passes by Carson Wentz, Washington relied on a punishing defense and opportunistic offense in its first game since owner Dan Snyder finally agreed to change the team’s name and former employees alleged sexual harassment within the organization.

Rivera lived up to his “Riverboat Ron” nickname earned in nine seasons with Carolina. Rivera went for it on fourth-and-1 from the Eagles 5 with the score tied midway through the fourth quarter.

Barber ran for the first down and then scored from the 3 to give Washington a 24-17 lead. 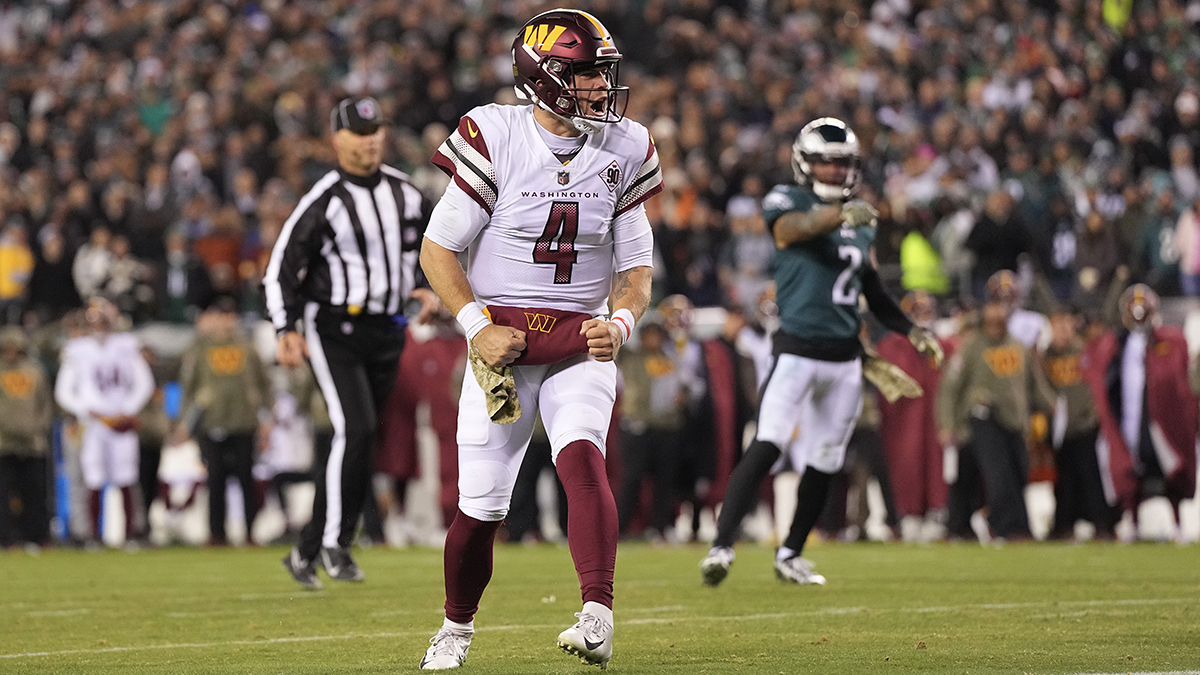 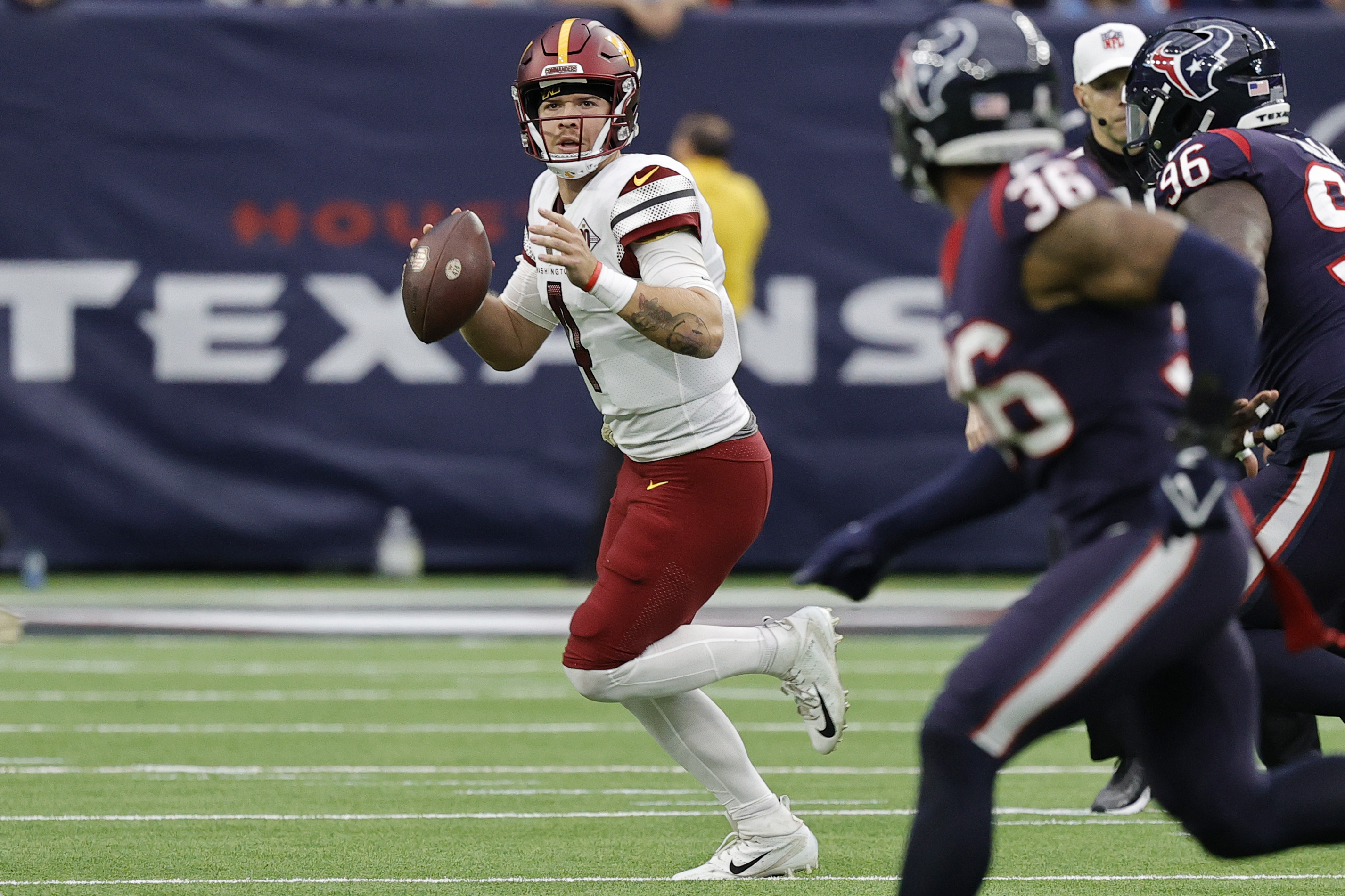 Zach Ertz dropped a pass on fourth-and-3 from the Eagles 42 on the ensuing drive and Dustin Hopkins kicked a 40-yard field goal to make it 27-17.

Wentz’s pass for Jalen Reagor late in the second quarter was underthrown and picked by Fabian Moreau at the Philadelphia 45. Haskins then connected on four straight passes after starting 3 of 12. He hit Logan Thomas for a 6-yard TD toss to cut the deficit to 17-7.

Then, Jimmy Moreland stepped in front of Wentz’s pass to John Hightower and returned it 32 yards to the Eagles 20. Barber needed two tries from the 1 before running in for a score that cut it to 17-14.

After Washington’s fifth sack pushed Philadelphia back, Jake Elliott was short on a 53-yard field goal.

The Eagles went for it on a fourth-and-4 from the Washington 45, but Jon Bostic sacked Wentz on a blitz up the middle. That turned into a 38-yard field goal by Hopkins that tied it at 17 early in the fourth quarter.

“We expected to come out and make plays," Kerrigan said. "We got a lot of productive dudes in this room and I was glad we were able to showcase that a little bit today.”

Wentz threw a 6-yard TD pass to Ertz and a perfect 34-yard toss to Dallas Goedert in the first half.

Wentz threw his first interceptions in 191 attempts, going back to last Dec. 1. ... Eagles rookie WR Jalen Reagor made a 55-yard, over-the-shoulder catch for his first career reception on third-and-22... Eagles DT T.Y. McGill shared a sack with Vinny Curry. His last sack came in 2016 with the Colts. ... Kerrigan set a franchise record with his 92nd career sack, passing Dexter Manley.

Both teams lined up on the field and locked arms in a sign of unity about 30 minutes before kickoff while Alicia Keyes performed “Lift Every Voice and Sing” in a video designed to address racial inequality.

The Eagles left the field afterward while Washington players went to the sideline and took a knee for a moment of silence.

The Eagles were not on the field for “The Star-Spangled Banner” while Washington players stood on the sideline. A few players raised their fists.