Earlier today, I asked the Twitterverse why baseball teams seem to celebrate excessively earlier than teams in other sports (i.e. champagne showers after clinching playoff berths/division titles). Admittedly, I am not a baseball fan, but I was told qualifying for the postseason after the grind of a 162-game season is worth a little alcohol-infused mayhem.

While that explanation makes sense, it seems that I may not have been the only one to think this way. 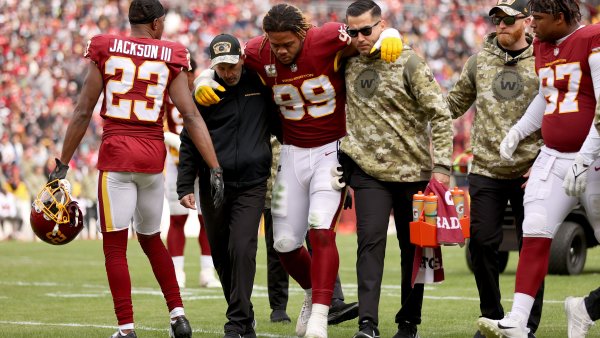 Dustin Penner is a forward for the NHL's Los Angeles Kings, who won their first Stanley Cup in June. The city threw a huge parade for their conquering heroes as confetti rained down from the California skies like...rain.

So as not to sound like a complete jerk, Penner later clarified his previous statement with another one:

Hey I'm happy for the nats. Have a friend on the team just think the celebration was a bit excessive. #lotmoreworkleftodo — Dustin Penner (@Dustinpenner25) October 2, 2012

Penner has a point. The Nationals are currently experiencing unprecedented success, but they have to return to their champagne, beer and apple cider-soaked locker room this evening and finish the season strong -- they did lose last night's game, after all -- to carry momentum into the postseason.

For now, the Nationals will put away the goggles and place whatever champagne is left back on ice, which is sadly more than what Penner can say right now.

And hey, if the Nats wins the World Series, perhaps they and Penner could swap championship stories over pancakes.