A 22-year-old man was charged with three murder counts and drunken driving Friday in the crash that killed Los Angeles Angels rookie pitcher Nick Adenhart and two others.

Gallo could receive almost 55 years to life in prison if convicted of all charges, Rackauckas said.

Adenhart died at a hospital, hours after pitching six scoreless innings in his season debut against Oakland. He was to be remembered before the start of Friday night's Angels game against the Boston Red Sox.

"This Angel and his two friends were too young to be sent to heaven but the defendant selfishly and recklessly (got) behind the wheel after getting drunk. They didn't have a choice. Bad decision, blink of an eye, five lives ended, including the defendant's life is wrecked," Rackauckas said at a news conference.

Gallo will likely be assigned a public defender at his first court appearance, scheduled for Monday.

"There was a lot to talk about," Hamilton said, without disclosing details.

Police initially said Gallo lived in Riverside based on the address listed on his driver's license. Gallo, however, gave police an address in San Gabriel when he was booked and officers were investigating that location Friday.

The pitcher, a 20-year-old woman and a 25-year-old man were killed. The deceased and a fourth person, who was critically injured, were in a silver Mitsubishi Eclipse that was struck by a van.

Authorities identified the female victim as Courtney Stewart, of Diamond Bar. Police said she was in the driver's seat. The 25-year-old victim was identified as Henry Nigel Pearson, of Manhattan Beach.

Another passenger, 24-year-old Jon Wilhite of Manhattan Beach, was in critical condition when he was transported to UC Irvine Medical Center, although he was expected to survive, a hospital spokesman said. On Saturday, his condition was upgraded from critical to serious.

"We are overwhelmed by the outpouring of love and support we have received since this senseless act of violence," said Wilhite's family, in a statement released by the hospital.

Stewart's mother said her daughter and Adenhart had known each other since last season, Lt. Kevin Hamilton said. The mother said Adenhart and the others had gone dancing at a club about a block away from the crash site, although the crash scene appeared to indicate the car was heading in the direction of the club, Hamilton said.

Adenhart died at the University of California, Irvine Medical Center. Pearson and Stewart were pronounced dead at the scene, police said.

The Mitsubishi slammed into a light pole.

"The Angels family has suffered a tremendous loss today," Angels GM Tony Reagins said Thursday in a statement. "We are deeply saddened and shocked by this tragic loss. Our thoughts and prayers go out to Nick's family, friends, loved ones and fans."

He had just pitched the best game of his professional career Wednesday night, with six scoreless innings against the Oakland A's in a losing effort.

Stewart was a student at nearby Cal State Fullerton, where she was a cheerleader in 2007-08.

According to court records reviewed by The Associated Press, Gallo pleaded guilty to drunken driving in 2006 in San Bernardino.

He was sentenced to two days in jail, three years of probation, a $1,374 fine and a four-month alcohol treatment program, court records show. He didn't serve any jail time, however, because he received credit for time served.

A judge also restricted his driving privileges for three months, allowing him to commute only to and from work and his treatment program.

The district attorney, however, said Gallo's license had been suspended since 2006. Assistant District Attorney David Linden Brent said it was not unusual for the California Department of Motor Vehicles to issue a stricter suspension after an administrative hearing.

Court records show Gallo violated some terms of his probation, causing it to be extended by a year, to 2010.

Hamilton said Gallo was arrested for public intoxication in March 2007 and convicted of disturbing the peace in January.

Court records show Gallo pleaded guilty to possession of less than one ounce of marijuana in April 2007, and was convicted of failure to wear a seat belt in 2006. He also had a minor driving infraction several years ago, court records show.

"Nick's family expresses sincere gratitude for all the help the Angels have provided. He lived his dream and was blessed to be part of an organization comprised of such warm, caring, and compassionate people. The Angels were his extended family. Thanks to all of Nick's loyal supporters and fans throughout his career. He will always be in everyone's hearts forever."

Adenhart's father had flown out from Baltimore to attend the game.

"He told his dad that he'd better come here, that something special was going to happen," said Scott Boras, Adenhart's agent, who wept at a stadium news conference.

After the game, "he was so elated ... he felt like a major leaguer," Boras said.

The agent said he spoke with Adenhart and his father, Jim, a retired Secret Service agent, in the clubhouse lobby until about 11:30 p.m. The pitcher and his father were staying at a nearby hotel.

Adenhart's mother, Janet, was flying to Anaheim on Thursday. His parents were divorced.

The young hurler was born in Silver Spring, Maryland on Aug.24, 1986. He graduated from Williamsport High School in Maryland and made his major league debut on May 1, 2008, according to the station. 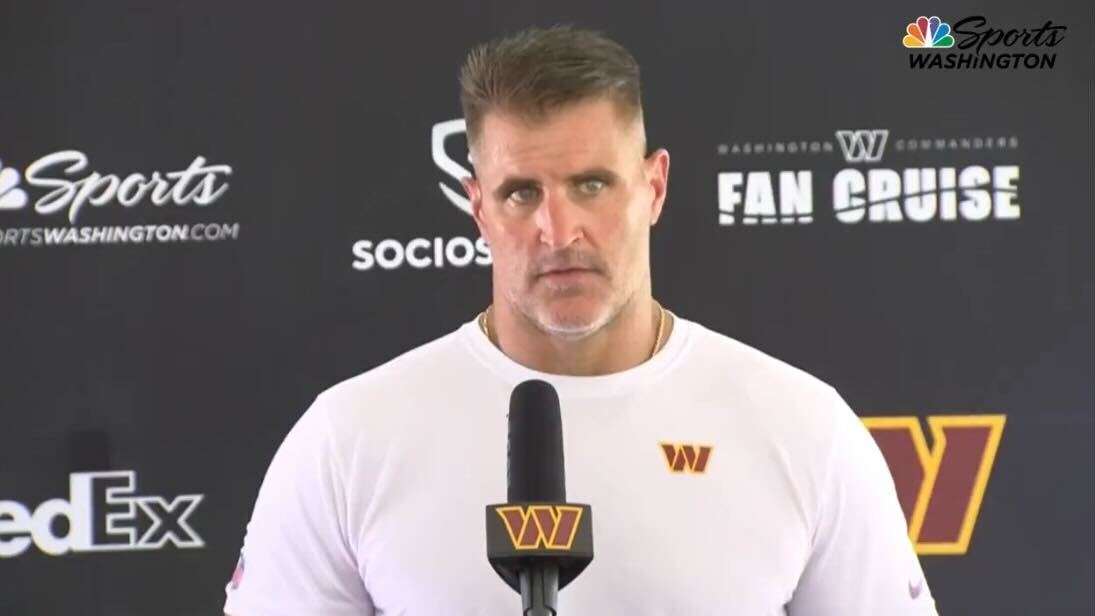 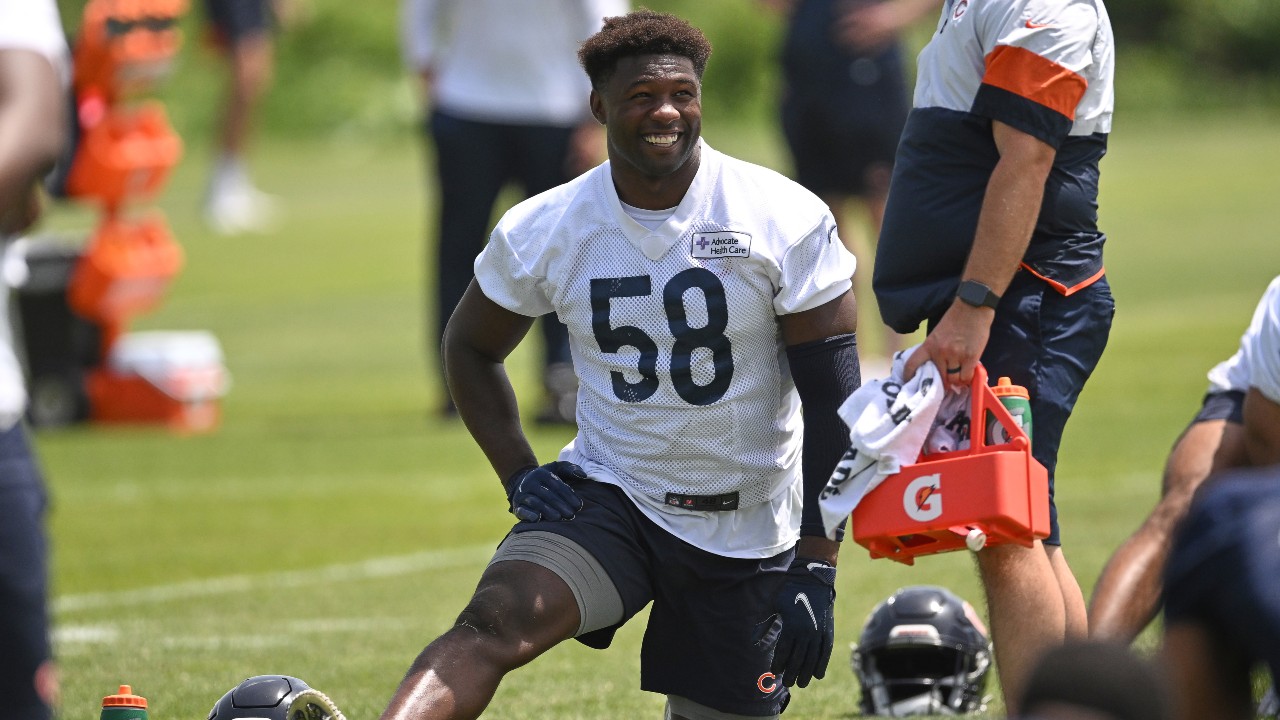 Angels Manager Mike Scioscia said the team would do its best to move forward. The team canceled Thursday night's game.

"We're going to cancel the game, but we'll have the team together this afternoon, and I can't tell you exactly what will happen because I don't think any of us know," Scioscia said at an Anaheim news conference. "But we'll get together and start to move forward with this. This is a time for Nick's family and to support them and that's what we're going to focus on."

Adenhart's high school coach Rod Steiner said he learned of the death from his wife.

"After watching him last night, as well as he pitched... Things seemed to be going so smooth, this is the last thing that you ever imagine," Steiner said. "He touched a lot of lives just in the county that everyone was so proud him to make it as far as he did so quickly."

Steiner said Adenhart knew at a young age he wanted to be a major league pitcher.

"He trained for it. He worked hard for it. He had a big setback with his arm. He had Tommy John surgery -- came back from that, and trained real hard during the off-season for this year. He got his opportunity and he really came through for it," Steiner said.

The Major League Baseball Players Association said its members were shaken and saddened about the accident.

"Just hours before the accident, Nick demonstrated his passion for baseball and his prospects for a very bright future when he pitched six scoreless innings for the Angels," the association said in a statement. Adenhart, of Silver Spring, Md., was the Angels' No. 3 starter.

Fans, some wearing Angels shirts or carrying flowers, gathered at the intersection Thursday.

Adenhart, a right-hander, earned a spot in the starting rotation on an injury-plagued Angels staff by impressing manager Mike Scioscia late in spring training.

The pitcher made his major league debut May 1 of last year, also against Oakland. He made two other starts, getting his only decision in a victory over the Chicago White Sox on May 12. He was 37-28 in the minor leagues from 2005-08, including 9-13 last year at Triple-A Salt Lake.

Aaron Wells was Adenhart's athletic trainer in 2005 when he played for Utah's Orem Owlz, a rookie league affiliate with the Angels.

"It was very obvious that he was going to be a successful professional pitcher," said Wells, now the team's general manager. "Very humble, extremely good in the club house. He was just such an unassuming guy, just went out and did his business."

Adenhart is the 10th active Major League Baseball player to die since 1990, according to the Angels website.