What Does Ivanka Trump Know About Jan. 6? Congress Is Asking

President Donald Trump was in the Oval Office with his daughter Ivanka and Vice President Mike Pence's national security adviser on the morning of Jan. 6, 2021, when he made yet another push to pressure Pence.

Trump again told Pence that he had a duty to reject Electoral College votes that would formalize Democrat Joe Biden's victory in the 2020 presidential election, something the vice president had no authority to do in his ceremonial role in Congress that day.

“You don’t have the courage to make a hard decision,” Trump told Pence, according to congressional testimony. Even after Trump called him a “wimp,” Pence rebuffed the demand, issuing a lengthy statement afterward laying out his conclusion that he had no power to influence the outcome.

“Yes, he is,” Kellogg replied.

Now the House committee investigating the riot wants to know what else Ivanka Trump heard and saw that day as they try to stitch together the narrative of the riots and the former president's role in instigating them. There was a frantic effort by many of Trump's top supporters to persuade him to intervene, and some directly sought to use his daughter as their conduit. 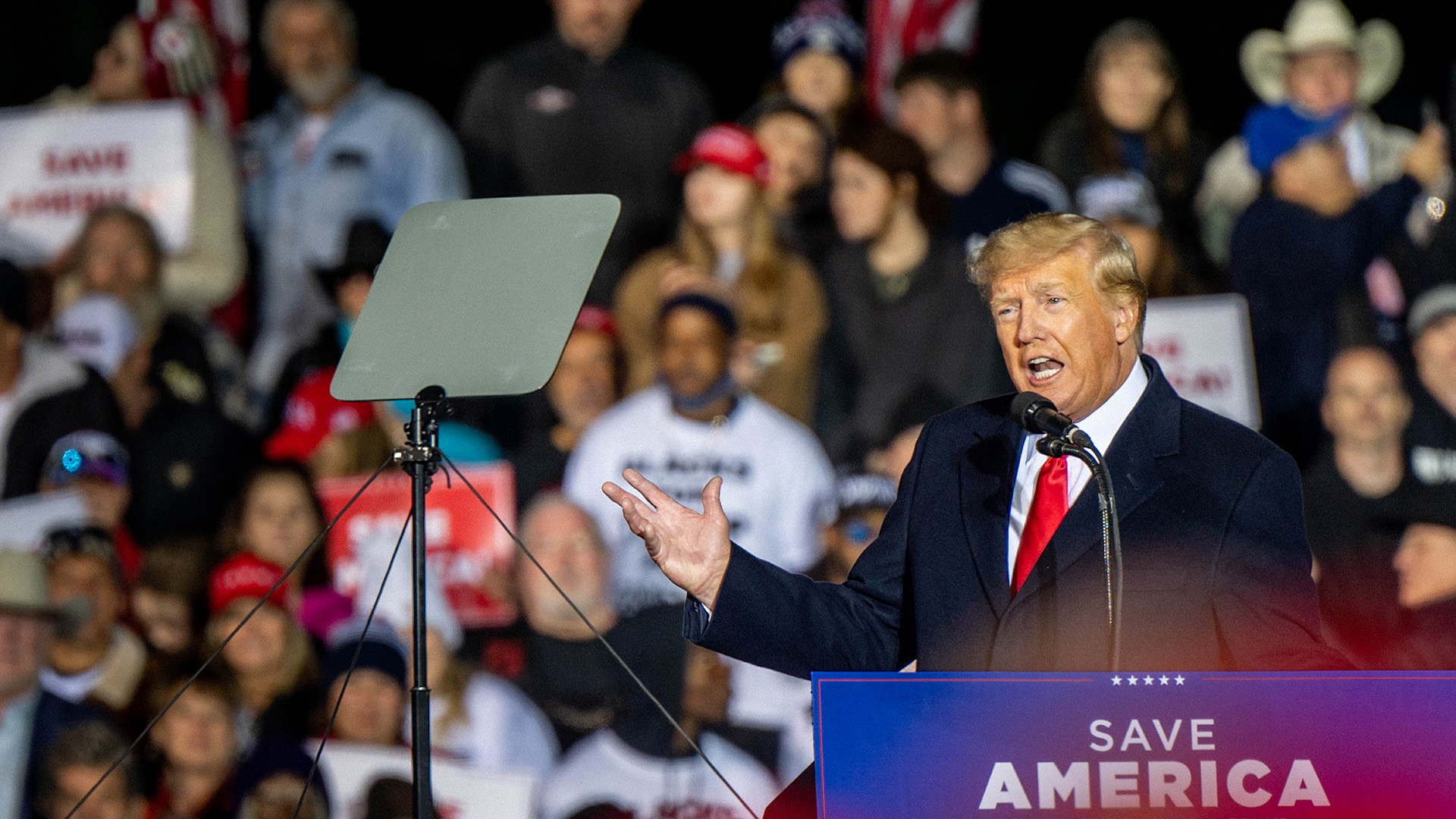 A committee aide said they are hopeful that she will soon commit to a time to meet.

Throughout her time in the White House, Ivanka Trump was known as a rare voice who could get through to her father and talk him out of bad decisions, though her success was mixed. The former first daughter has kept an extraordinarily low profile since her father left office and has distanced herself from him and politics since moving to Florida.

But her proximity to him on Jan. 6 could provide the committee with direct access to what Trump was doing during those crucial three hours when his supporters violently stormed Capitol.

“Ivanka Trump has details about what occurred in the lead-up to and on Jan. 6 and about the former president’s state of mind as events unfolded,” Rep. Stephanie Murphy, D-Fla, a member of the panel, told The Associated Press.

It is highly unusual for congressional investigators to target a family member of a president, but as a senior adviser to her father, she also had a perch close to power.

Kellogg disclosed the exchange with the committee, but so far Ivanka Trump, who famously guards her image and public profile, has not talked to the panel.

The answers could have significant repercussions not only for Donald Trump, who is eyeing a political comeback in 2024, but for those in the Republican Party who have downplayed his role in the insurrection.

A spokeswoman for Ivanka Trump did not respond to multiple requests for comment. But in a statement issued in late January, a representative for her noted that Ivanka Trump did not speak at the rally near the White House where the then-president urged his supporters to “fight like hell” as Congress convened to certify the 2020 election results, and said she still believed that “any security breach or disrespect to our law enforcement is unacceptable.”

Members of the committee hope to get beyond such vague assertions.

Hours after Trump's call to Pence, Ivanka Trump joined brother Donald Trump Jr., Rudy Giuliani and Kimberly Guilfoyle under a large tent at the rally to listen to Trump’s speech.

She reportedly told aides she “decided to attend only because she had hoped to calm the president and help keep the event on an even keel."

After Trump’s speech, as rioters began to smash through Capitol police barriers and break windows, the former president tweeted: “Mike Pence didn’t have the courage to do what should have been done to protect our Country and our Constitution ..."

That tweet, according to court testimony, only added to the anger fueling the mob.

Back in the White House, as staffers watched in shock at what was unfolding down Pennsylvania Avenue on television screens positioned throughout the West Wing, Trump's attention was so rapt that he hit rewind and watched certain moments again, according to Stephanie Grisham, a former White House press secretary.

“Look at all of the people fighting for me,” Trump said, according to Grisham, who also served as chief of staff to first lady Melania Trump. At one point, the president was confused why staffers weren't as excited as he was watching the unrest unfold.

Kellogg testified that staff wanted the president to take immediate action to address the violence consuming the Capitol, but Trump refused.

“Is someone getting to potus? He has to tell protestors to dissipate. Someone is going to get killed,” Alyssa Farrah Griffin, a former White House communications official, texted Ben Williamson, an aide to White House chief of staff Mark Meadows.

“I’ve been trying for the last 30 minutes. Literally stormed in outer oval to get him to put out the first one. It’s completely insane,” Williamson wrote back.

“We’re working on it,” she replied.

At that point, staffers acknowledged that despite efforts by Meadows, press secretary Kayleigh McEnany and Kellogg, the only person who could get through to him would be his daughter.

Ivanka Trump, according to testimony, went on to make at least two “tenacious" attempts to reason with her father as staffers were bombarded with messages from Trump allies begging him to quell the violence.

“Can he make a statement. I saw the tweet. Ask people to leave the (Capitol),” Fox News host Sean Hannity texted Meadows.

But inside the West Wing, Kellogg strongly recommended that they not ask the president to appear in the press room, where a group of reporters would be waiting for him.

“Apparently, certain White House staff believed that a live unscripted press appearance by the President in the midst of the Capitol Hill violence could have made the situation worse,” lawmakers wrote in their letter to Ivanka Trump.

The president ultimately agreed to a video statement. Multiple takes were filmed but not used. In each one of the initial takes, according to the committee, he failed to ask rioters to leave.

“This was a fraudulent election, but we can’t play into the hands of these people,” Trump said in the video. “We have to have peace. So go home. We love you; you’re very special.”

Rep. Liz Cheney, R-Wyo., the vice chair of the House committee investigating the Jan. 6 insurrection, has said it’s hard to “imagine a more significant and more serious dereliction of duty” than Trump’s failure to quell the riots.

Trump’s last words that day came at 6:01 p.m. when he tweeted that the 2020 election was “unceremoniously and viciously stripped away from great patriots who have been badly and unfairly treated for so long.”

He ended with, “Go home with love and in peace. Remember this day forever.”

The committee has been aggressively interviewing witnesses — nearly 500 so far — and has subpoenaed Meadows and Trump's personal lawyer. They are asking Ivanka Trump to cooperate voluntarily.