States Eye Allowing Concealed Carry of Guns Without a Permit

Fifteen states already allow concealed carry without a permit, and lawmakers in nine others have proposed allowing or expanding the practice

Republican lawmakers in several more states want to loosen gun restrictions by allowing people to carry concealed firearms without having to get a permit, continuing a trend that gun control advocates call dangerous.

Fifteen states already allow concealed carry without a permit, and lawmakers in nine others have proposed allowing or expanding the practice. GOP governors are backing the changes in Utah and Tennessee. Another bill expanding permitless carry in Montana has passed the state House.

Most states require people to do things like get weapons training and undergo a background check to get a permit to carry a gun hidden by a jacket or inside a purse. Groups like the National Rifle Association and state lawmakers who support gun rights argue those requirements are ineffective and undermine Second Amendment protections.

A group of gun violence victims in Brooklyn are teaching kids how to avoid going down the same path that left them wheelchair-bound. Yusuf Omar of Hashtag Our Stories introduces us to the inspiring men behind Wheelchairs Against Guns and learns why they are choosing to use their second chance at life to help others.

The proposed changes come after gun sales hit historic levels last summer — reflected in FBI background checks — amid uncertainty and safety concerns about the coronavirus pandemic, the struggling economy and protests over racial injustice. Since then, a violent mob stormed the U.S. Capitol.

Against that backdrop, the efforts to loosen concealed carry requirements are a frightening trend for Shannon Watts, founder of the gun control group Moms Demand Action.

“It is dangerous to allow people to carry hidden, loaded handguns possibly without a background check or any training,” she said, adding that the annual rate of aggravated assaults with a firearm has increased 71% in Alaska since the state became the first to allow concealed carry without a permit in 2003.

The New York Times reports despite the wave of mass shootings across the country in recent years the NRA has stood firm in its resistance to calls for gun reform, largely by staying in lockstep with the Trump administration.

Newly elected GOP Gov. Spencer Cox has said he supports the idea, in contrast to his predecessor and fellow Republican Gary Herbert, who vetoed a similar bill in 2013.

Supporters of the change argue that other state laws against such things as felons having guns and anyone carrying a firearm while intoxicated are enough to ensure guns are used safely.

“I have that right to protect myself, the Constitution says we have the right. Why are we putting a barrier for law-abiding citizens?” said Rep. Walt Brooks, the Republican lawmaker sponsoring the bill that got an early nod of approval from a House committee Friday. The software company president has represented rural southern Utah for about four years.

He pointed to a multi-state study published in 2018 by the Journal of the American College of Surgeons that found loosening concealed carry permit laws didn’t lead to more homicides or violent crime. Utah does not require a permit for guns carried openly.

One of the men had a gun permit for Virginia, which is not valid in Pennsylvania. The other man had no permit at all, authorities said. NBC10's Matt DeLucia reports.

In Tennessee, Republican lawmakers are expected to push again to allow most adults 21 and older to carry firearms — concealed or openly — without a license that now requires a background check and training.

GOP Gov. Bill Lee backed the idea last year, though the proposal and others were put on hold amid the pandemic.

The push in Tennessee came after the GOP-dominant General Assembly relaxed the state's handgun law in 2020 by allowing people to obtain a concealed-carry-only handgun permit that didn't require them to demonstrate the ability to fire a weapon.

In Montana, the House recently passed a bill to allow people to carry concealed firearms without a permit in most places. 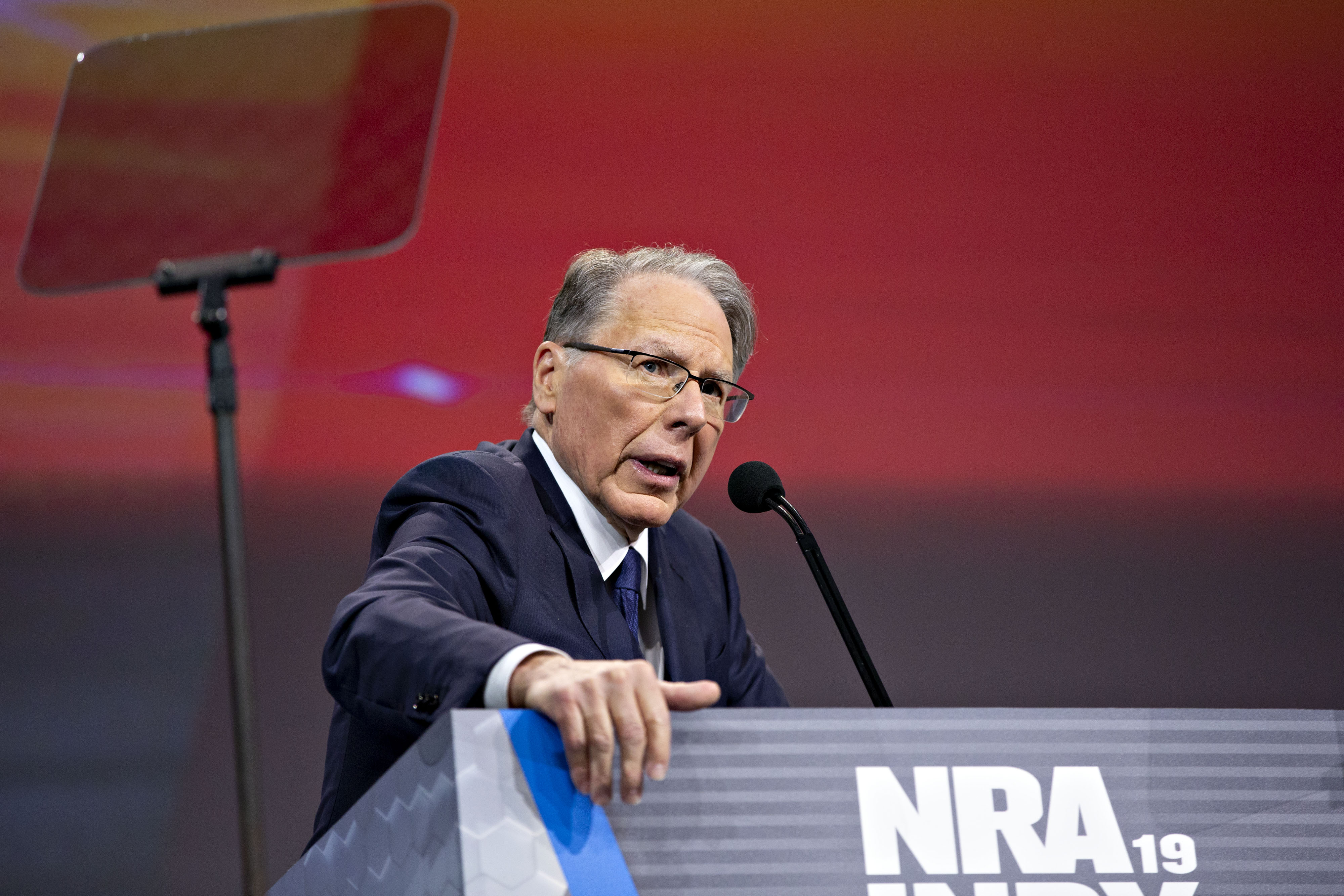 NRA Files for Bankruptcy, Says It Will Reincorporate in Texas

Similar bills that would allow or expand concealed carry without a permit have been introduced in Texas, South Carolina, Florida, Indiana, Alabama and Georgia.

In Texas, where the NRA plans to incorporate soon and where some lawmakers bring concealed handguns to work at the state Capitol, the GOP has listed the issue as one of just eight legislative priorities. The idea has failed to gain traction for years, though, and with the pandemic promising to be the predominant force in the upcoming session, its prospects are once again uncertain.