Rubio will replace North Carolina Sen. Richard Burr, who said last week that he would step aside after federal agents examining his recent stock sales showed up at his home with a warrant to search his cellphone

Florida Sen. Marco Rubio will temporarily become chairman of the Senate Intelligence Committee, Republican leaders announced, taking charge of the panel at a time of turnover and tension in the nation's intelligence community.

Rubio will replace North Carolina Sen. Richard Burr, who said last week that he would step aside after federal agents examining his recent stock sales showed up at his home with a warrant to search his cellphone. Friday was Burr's last day in the position.

Along with House and Senate leaders and the top Democrat and Republican on the House Intelligence Committee, Rubio will now have access to some of the highest-level secrets in Congress as part of a small “Gang of Eight” that receives the most sensitive information. A former Republican presidential candidate who eventually endorsed Donald Trump in 2016, he has also worked with Democrats on the panel on its investigation into Russian election interference and other matters.

Virginia Sen. Mark Warner, the top Democrat on the panel, said in a statement Monday that Rubio “has been a great partner on intelligence and national security issues” and he looks forward to working with him.

Rubio's promotion comes amid repeated tension between the White House and the intelligence community. Trump has fired, ousted or moved aside multiple officials in the last year, including the inspector general of the intelligence community, Michael Atkinson, who triggered the beginning of impeachment proceedings last year when he tried to warn Congress about a call between Trump and the president of Ukraine.

Trump has also repeatedly questioned the intelligence agencies' conclusions that Russia attempted to interfere in the 2016 elections. The Senate panel endorsed that conclusion in a report last month — including that Russia had a preference for Trump — and Rubio has repeatedly warned that Russia could try again.

The Senate panel's report "is another stark reminder of the threat foreign adversaries pose to our elections and the need to remain vigilant as we approach election season this November,” Rubio said after the report was released. 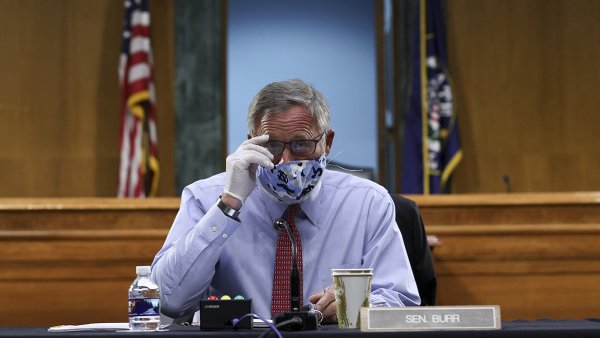 Burr Steps Aside as Senate Intelligence Chair Amid FBI Probe 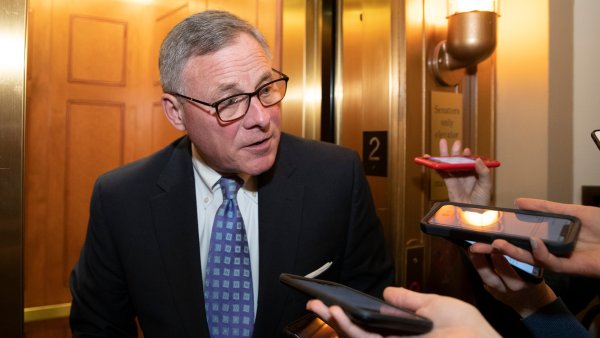 The new chairman's first official act will be a closed-door committee vote Tuesday to approve the nomination of Texas Rep. John Ratcliffe as director of national intelligence. Ratcliffe would replace former DNI Dan Coats, who left the post last summer. A close ally of Trump's, Richard Grenell, is currently in the acting position.

Rubio has focused much of his Senate career on foreign policy, particularly Russia and China, and he is a senior member of the Senate Foreign Relations panel. He is also the chairman of the Senate small-business committee, where he has been negotiating relief measures during the coronavirus pandemic. In announcing Rubio's appointment to head the intelligence panel, Senate Majority Leader Mitch McConnell did not say whether he would keep the small-business gavel.

McConnell said that Rubio is a “natural choice” and that congressional oversight was needed “to keep partisan bias and political interference" out of intelligence matters.

“His care for our nation’s security, advocacy for our values and interests, and vigilance toward threats have earned a national reputation,” McConnell said. “On subjects ranging from China and Russia to Iran and North Korea to tyranny and unrest in our own hemisphere, Senator Rubio has been on the case for years.”

Rubio issued a short statement thanking McConnell for the post. "I am grateful to Leader McConnell for his confidence in me to lead the Senate Intelligence Committee during Senator Burr’s absence from the chairmanship,” he said. “The committee has long been one that conducts its work seriously, and I look forward to continuing that tradition.”

The Justice Department is investigating whether Burr exploited advance information when he unloaded as much as $1.7 million in stocks in February, days before the coronavirus pandemic caused markets to plummet. Burr, who will remain on the committee, has denied any wrongdoing.