Public Transit Gets $3.7B to Woo Riders, Adopt Green Fleets

The cash infusion comes as mask requirements and other COVID-19 restrictions are fading in much of the U.S.

As cities seek to fully reopen, public transit systems straining to win back riders after being crushed by the COVID-19 pandemic are getting a big funding boost to help stay afloat and invest in new fleets of electric buses.

The Biden administration said Monday it was awarding $2.2 billion in coronavirus relief money from the American Rescue Plan to 35 financially strapped transit agencies in 18 states. The money would be used to prop up day-to-day operations, including staffing and payroll as well as cleaning and sanitization to limit the spread of illness in public transportation. A federal mask mandate for public transit remains in effect until at least March 18.

Another $1.5 billion in grants will be made available under President Joe Biden’s infrastructure law — a total of $7.5 billion over five years — for transit agencies to purchase low- or no-emission buses made by U.S. workers and to build bus facilities. That’s more than double the combined amount from the previous year.

The cash infusion comes as mask requirements and other COVID-19 restrictions are fading in much of the U.S. With many workers beginning a return to offices, the administration is promoting zero-emission transit as families reestablish new commuting routes to work and school.

Transit agencies as well are anxious to boost ridership, which sits at about 55% of pre-pandemic levels. Many, from Washington to Boston to Chicago, have slashed prices or offered free fares to attract suburban commuters and better serve lower-income communities more dependent on public transportation. Others are adjusting bus and subway routes to offer less service during traditional workday rush-hour periods in favor of more trips at other times, such as for people seeking medical care or traveling to sports and entertainment events.

"We can clean our air and protect the health of our children," she said. “We can connect all of our communities with affordable, accessible and reliable public transportation. We can address the climate crisis and grow our economy at the same time.” 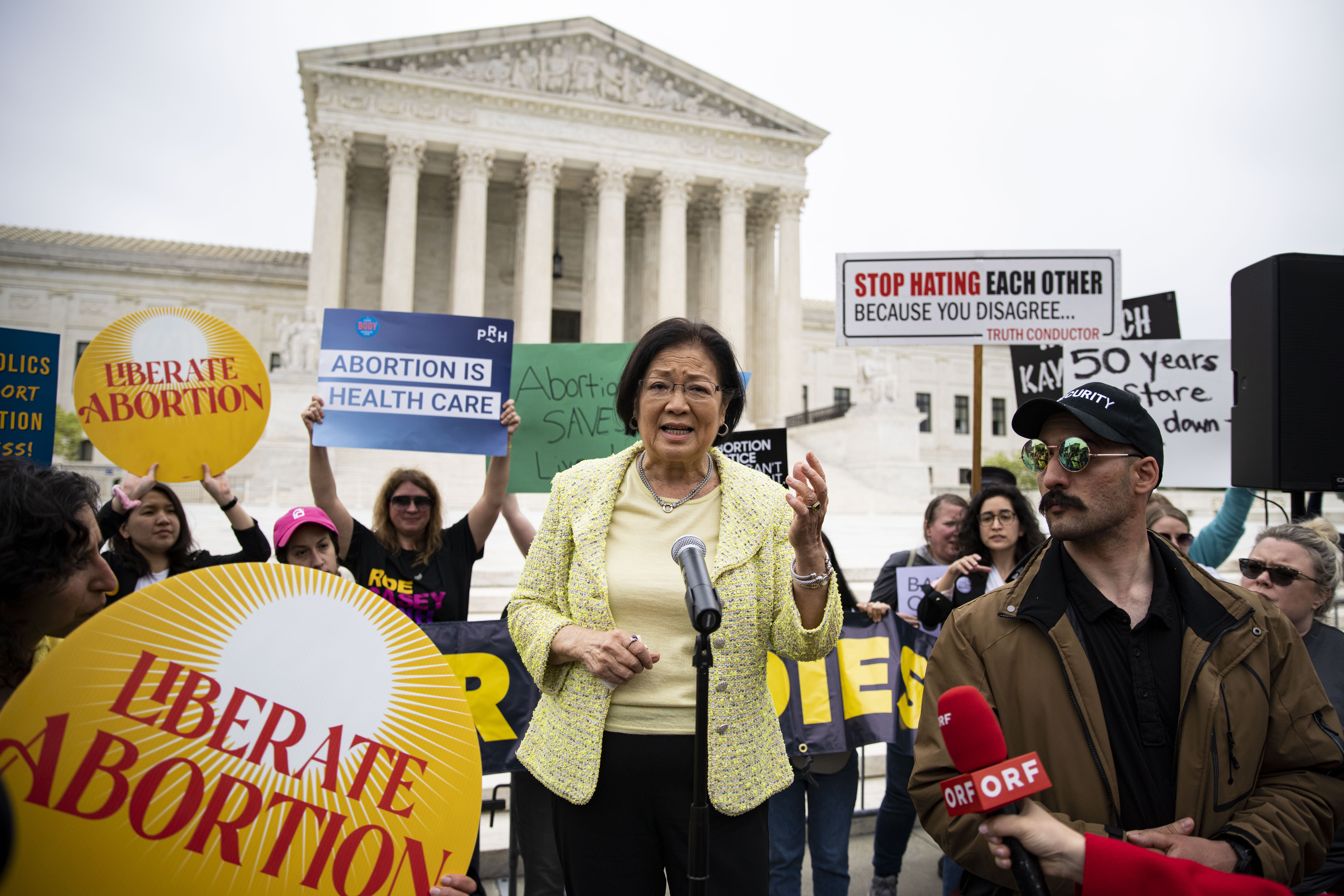 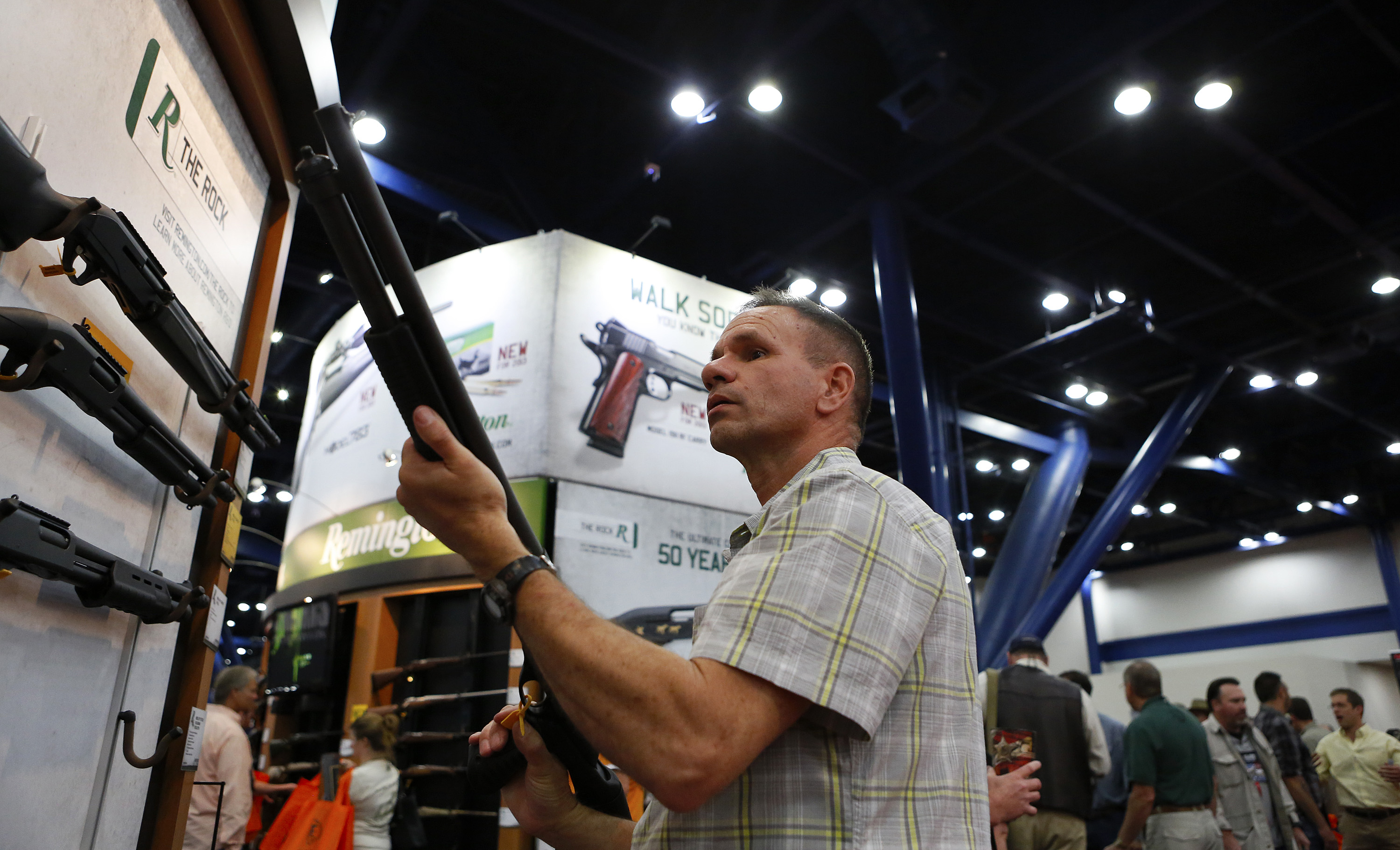 Harris was joined by Transportation Secretary Pete Buttigieg and Environmental Protection Agency Administrator Michael Regan. They also announced proposed pollution regulations for new tractor-trailer rigs that would clean up smoky diesel engines as well as $17 million in funding for school districts to buy electric zero-emission and low-emission school buses. The emissions can cause respiratory problems in humans.

Buttigieg said public transit is a key component to reducing air pollution, describing it as win-win because it is affordable for commuters and also reduces congestion on the roads. Transportation, mostly from car and truck tailpipe emissions, is the biggest U.S. contributor to global warming.

“We’re making the largest ever investment in this program for buses and bus facilities, helping to deliver better commutes and cleaner air to American communities,” Buttigieg said.

Transit agencies will have until May to apply for the grants, which will be awarded by fall. About 5% of the money must be used for workforce training to help transit workers prepare for the technological change.

Transit systems already have begun moving toward electric buses. California has committed to all-electric bus fleets by 2040, as well as New York City and Boston. Washington, D.C., has set a target of 2045.

The effort comes at a challenging time for public transit.

Transit agencies say it could take years to return to pre-pandemic ridership levels, if ever, putting operations at risk. The biggest losses have been in commuter rail systems serving white-collar suburbanites traveling to downtown workplaces.

As COVID-19 cases decline, Biden has urged Americans to shed remote work, describing a return to offices as necessary to boost economic growth.

“It’s time for America to get back to work and fill our great downtowns again with people,” Biden said in his State of the Union address.

MTA said it will use the money to offset lost passenger revenue created during the pandemic, when subway ridership plummeted by over 90%. New York City's subway riders have returned gradually, but ridership is projected to lag behind pre-pandemic levels by 10% to 20% by the end of 2024.

The funds announced Monday pushed the MTA’s total federal aid to $15 billion, which it hopes will stave off having to use deficit financing to close a budget gap that is expected to reach well over $1 billion after 2025 when COVID relief money will have run out.

San Francisco's BART says its COVID-relief grant will add to $1.3 billion in federal aid it has already, allowing it to extend operations by one year through 2025. Ridership during the work week is about 30% of pre-pandemic levels. But there has been a more noticeable increase on weekends, with about 50% of pre-pandemic passengers now using the transit system, said BART spokeswoman Alicia Trost.

Others receiving aid were the Washington, D.C., metro system at $120 million, as it anticipates a return of federal employees to offices, and Houston’s public transit at $137 million, as it has significantly added rapid transit bus lines.

“These funds are crucial to avoid drastic service cuts and layoffs that would damage the economy and public health," said Nuria Fernandez, head of the Federal Transit Administration, which oversees the grants.

At the start of the pandemic, transit agencies cut payroll and slashed services. That came even as essential workers, who are disproportionately nonwhite and lower income, continued to rely on public transportation to get to work. But three rounds totaling nearly $70 billion in federal COVID-19 emergency assistance, including $30.5 billion that Biden signed into law last year, pulled transit agencies from the brink of financial collapse.