The ruling is likely to lead to abortion bans in roughly half the states, and people on both sides of the issue predicted the fight would continue

Americans were taking stock a day after the Supreme Court overturned a woman’s constitutional right to an abortion, as states began implementing bans and supporters and foes of abortion rights mapped out their next moves.

The depth of emotion unleashed by Friday’s decision led to protests and prayer vigils across the country, with Arizona lawmakers even hiding in a basement for a time while police fired tear gas into a crowd.

In Charleston, West Virginia, at least 200 abortion supporters gathered Friday night for a candlelight vigil in front of the federal courthouse after the state's last abortion clinic was forced to cancel all of its appointments.

Katie Quinonez, executive director of Women’s Health Center of West Virginia, told the crowd she threw her phone against the wall of her office when she learned that Roe v. Wade had been overturned after almost 50 years. Her staff called 70 patients scheduled over the next month “to tell them that their abortion was cancelled and we would have to send them out of state, and that was it.” 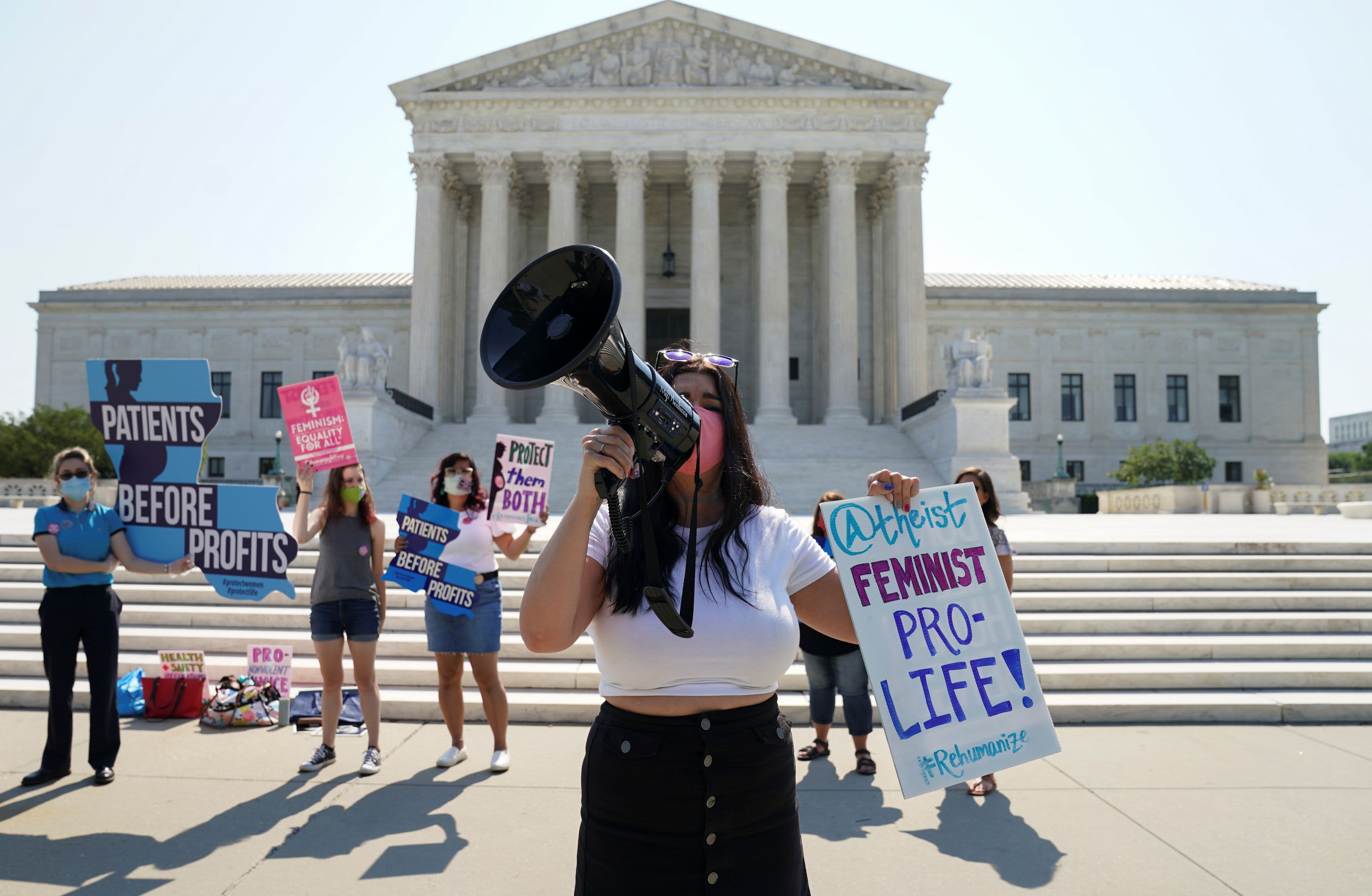 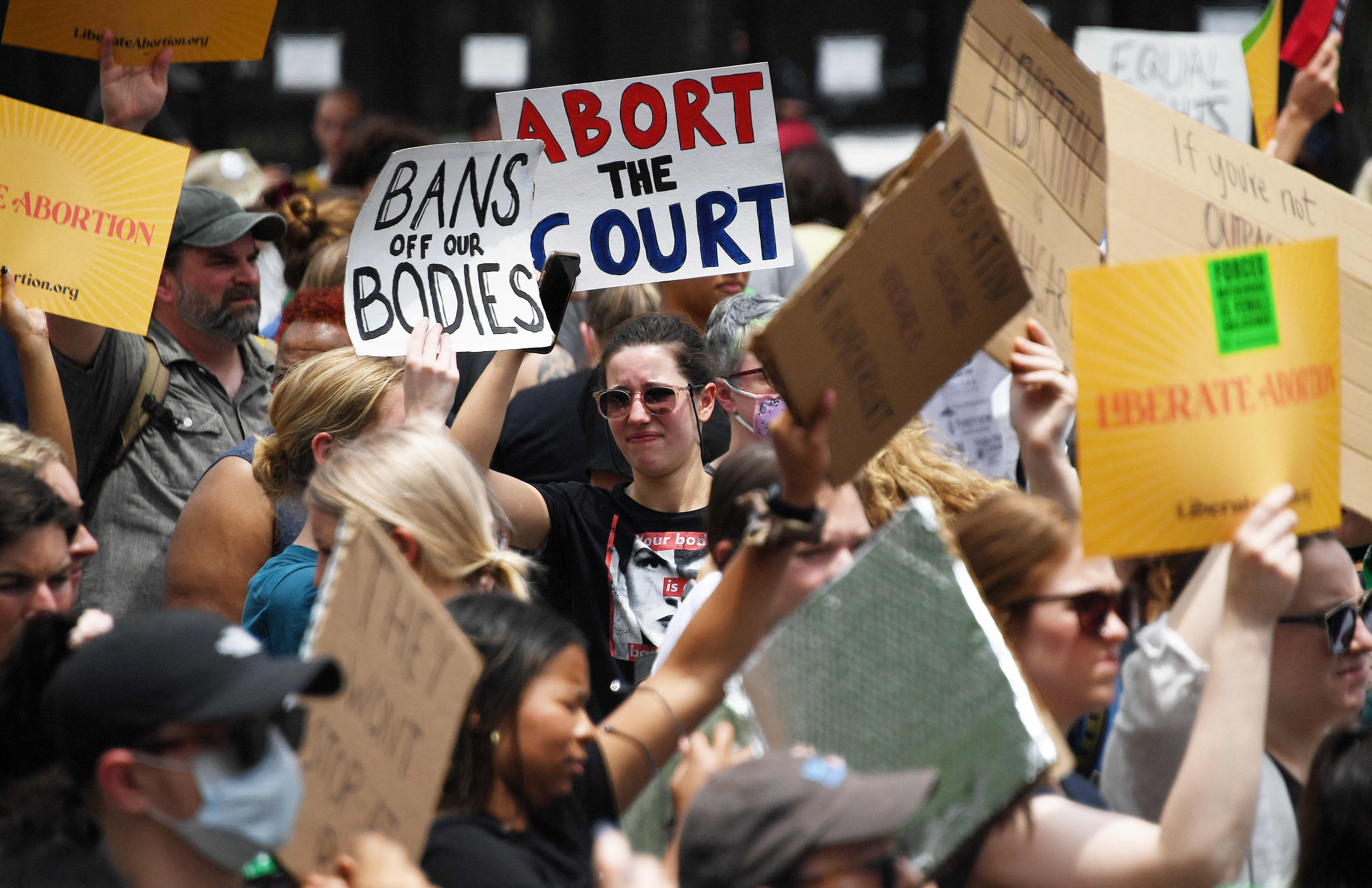 Quinonez vowed that the fight for abortion rights will continue: “This is not the end whatsoever. ... Tonight we mourn, we rage. Tomorrow we get to work.”

In Arizona, thousands of demonstrators — split between those who support and oppose abortion rights — gathered outside the state Capitol on Friday night. Police fired tear gas to disperse anti-abortion demonstrators who banged on the glass doors of the Senate building, and lawmakers, rushing to complete their 2022 session, huddled briefly in a basement.

Clinics in Arizona stopped performing abortions after the decision, as did those in Alabama, Arkansas, Kentucky, Missouri, South Dakota, West Virginia and Wisconsin. Women considering abortions already had been dealing with a near-complete ban in Oklahoma and a prohibition after roughly six weeks in Texas.

In Ohio, a ban on most abortions from the first detectable fetal heartbeat became law when a federal judge dissolved an injunction that had kept the measure on hold for nearly three years. Another law with narrow exceptions was was triggered by the ruling in Utah and went into effect.

Mississippi’s only abortion clinic, which was at the center of the case before the Supreme Court, continued to see patients Friday. Outside, men used a bullhorn to tell people inside that they would burn in hell. Clinic escorts wearing colorful vests used large speakers to blast Tom Petty’s “I Won’t Back Down” at the protesters.

The ruling is likely to lead to abortion bans in roughly half the states, and people on both sides of the issue predicted the fight would continue.

In Minnesota, where abortion remains legal, Gov. Tim Walz signed an executive order to help shield people seeking or providing abortions in his state from facing legal consequences in other states. In neighboring South and North Dakota, the Supreme Court ruling triggered, respectively, an immediate abortion ban and one that takes effect in 30 days.

Walz also has vowed to reject requests to extradite anyone accused of committing acts related to reproductive health care that are not criminal offenses in Minnesota.

“My office has been and will continue to be a firewall against legislation that would reverse reproductive freedom,” he said.

Protests in front of the Supreme Court remained largely peaceful, though passionate Saturday. News4's Solangi Sosa spoke to demonstrators who traveled great distances in support of what they believe.

In Fargo, North Dakota, the state's sole abortion provider plans to move across the river to Minnesota. Red River Women’s Clinic owner Tammi Kromenaker said Saturday that she has secured a location in Moorhead but gave no further details.

Thirteen states, mainly in the South and Midwest, already had laws to ban abortion in the event Roe was overturned. Another half-dozen states have near-total bans or prohibitions after 6 weeks, before many women know they are pregnant.

In roughly a half-dozen other states, including West Virginia and Wisconsin, the fight will be over dormant abortion bans that were enacted before Roe was decided in 1973 or new proposals to sharply limit when abortions can be performed.

Wisconsin’s Democratic Gov. Tony Evers told The Associated Press on Saturday that he will support legal action to overturn a 173-year-old state abortion ban. He also said he would not appoint district attorneys who would enforce the law, and would commute prison sentences for anyone convicted under it.

“We’re looking at everything,” he said.

Four years after winning election by a narrow margin, Evers said he believes this issue will energize independents and he hopes to translate anger over Roe's demise into votes this fall.

“Any time you take half the people in Wisconsin and make them second-class citizens, I have to believe there’s going to be a reaction to that,” Evers said.

Planned Parenthood Association of Utah filed a lawsuit in Utah state court Saturday and will request a temporary restraining order against the states ban on abortion.