Women have been fighting for abortion rights before Roe v. Wade and since the decision, and are preparing for the fight to come

Generations of women came together for a Manhattan protest against the U.S. Supreme Court’s anticipated ruling overturning Roe v. Wade. There were women who have been fighting for nearly a half-century to hold on to abortion rights; there were daughters who now face the prospect of a long battle to regain those rights.

The abortion war would seem to be a forever war, one that spans generations. There was the fight before Roe v. Wade, the fight ever since and the fight to come. No one knows when or if nationwide abortion rights might be restored. And even then, it is almost unthinkable that the battle will end.

So mothers who joined their daughters at the May 14 protest, marching to Manhattan on the Brooklyn Bridge, were not only raging against the court and its expected decision; they were entrusting their cause to another generation. 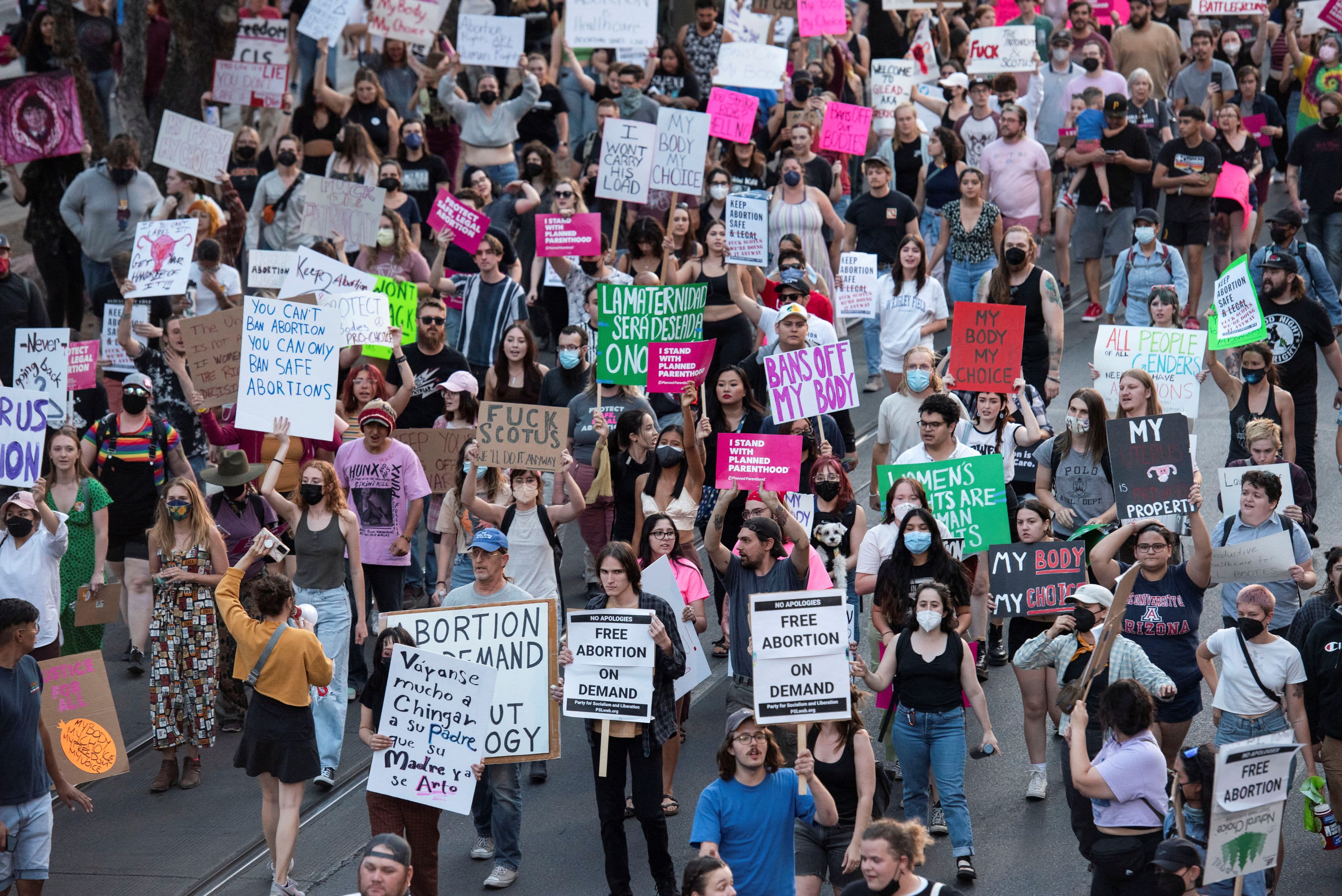 On Roe V. Wade, Big Companies Already Have a Precedent for Effective Action 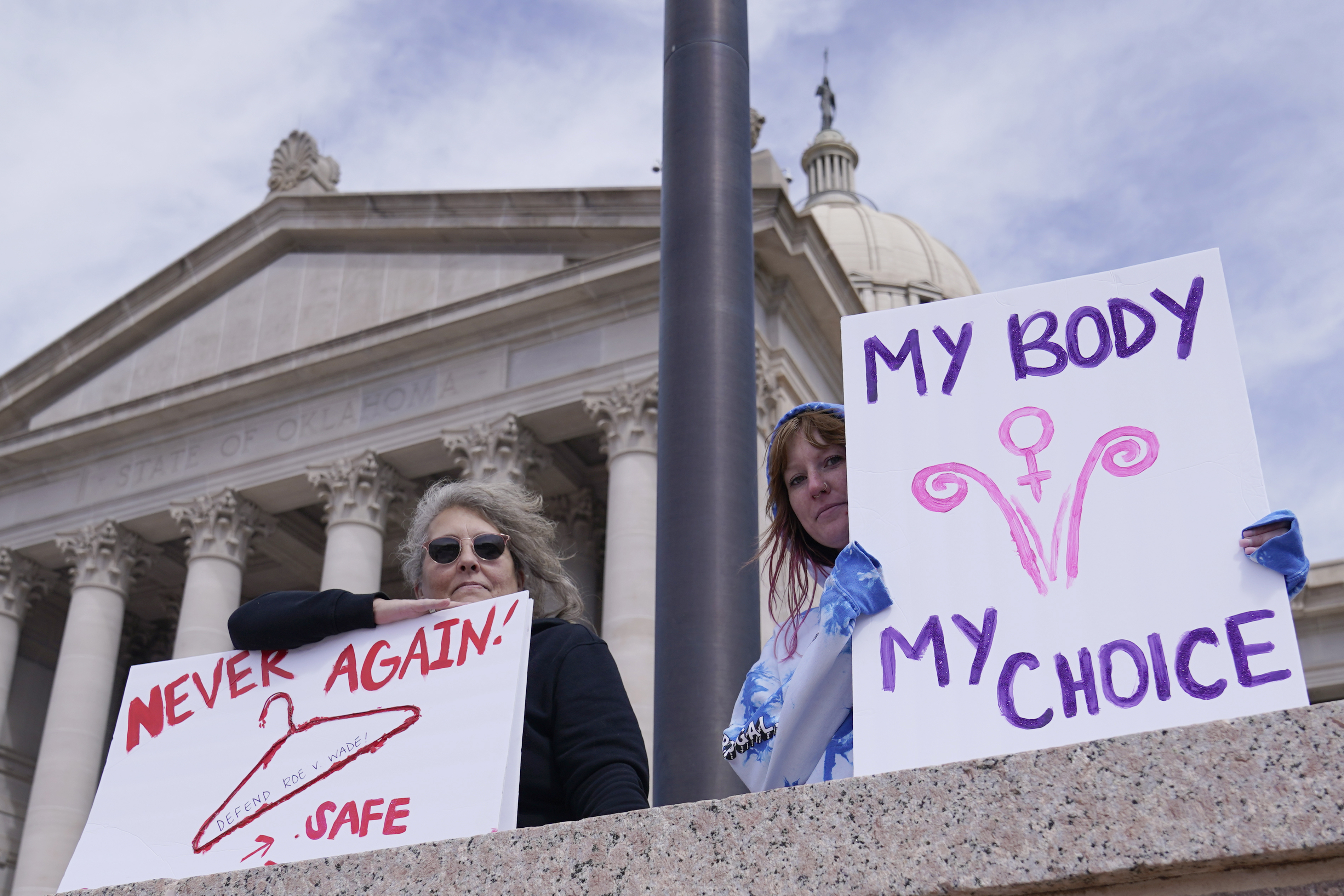 Amid all the agitation of the rally, Amnet Ramos looked around her — particularly at her 12-year-old daughter, Inaia — and she was serene. The future is in good hands.

“You know, I have a fighter and I know. And a fighter for justice for everyone. So I know that there’s a generation of kids that are way more aware at this age than I ever was at that age. And so I feel confident that we can pass that torch.”

Inaia seems up to the challenge. “I’m pretty much willing to do anything to, like, fight for our rights,” they said. More than anything, they want “a free world like it once was.”

But Inaia and her siblings do not have their mother’s life story: The pregnancy she considered aborting when she was 21, but did not, giving birth to the first of her three kids, a son who “saved my life.” Her tubal ligation failed to prevent an ectopic pregnancy a couple of years ago; she would have had an abortion, but miscarried.

Ramos wants other women to have those choices. She has protested since the Trump administration, and the threat to abortion rights has steeled her resolve to be heard — and that of her daughter.

On Inaia’s arm, in indelible ink, they had written “Give our rights” — forgetting, in their haste and excitement, to include the word “us.”

The leaked draft Supreme Court opinion overturning Roe v. Wade is sparking conversations about data privacy. If the opinion is released and abortion is criminalized in some states, some reproductive rights groups fear that text messages, search histories, ad tracking data and app usage history could put people who seek an abortion at risk.

Growing up in the Midwest, Lindsay Walt remembers girls who were pregnant at 13 and dropped out of school. And friends who went to New York for abortions.

She protested in favor of abortion before 1973, when Roe came down. She would go to New York — not for an abortion, but to live and raise a family, and eventually to protest against abortion restrictions again.

“I think it’s really tragic that we’re here all these years later,” she said.

Her 27-year-old daughter Eve Thompson was at her side. “My mom’s been bringing me to protests for all different things, but since I was a little kid. So it’s kind of remarkable that this is something we’re still going through and still something we have to fight for.”

Still, she says she is “more than willing” to take up the cause.

“It’s kind of a necessity,” she said, “to continue supporting and continue fighting for the same thing my mom fought for for so long."

Abortion rights protests broke out across the U.S. after a Supreme Court draft opinion was leaked on Monday night which suggests Roe v. Wade could be overturned.

More than 20 years ago, Rita Nakouzi and her family came to the United States from Beirut with high expectations. But in recent years she has been disappointed -- “what makes America what it is is being denigrated and broken down.”

Living in Brooklyn, she has joined many protests over the past 10 years. And now, abortion.

“I mean, I haven’t had a close call, but for all the friends that I know ... this has been something that has really helped their lives in many ways. And whether it’s from an assault to just not being financially able to get to, it’s not the right time for them,” she said. “And just to have that right, which is their body and their life, is very crucial.”

Her kids are being raised in America, they're half American. “And I want those freedoms for them.”

She is, she said, “ready to fight for other women.” And at 13, she does not despair.

“I’m hopeful for the future,” she said. “And I’m hoping that in the future, women have a better future for their bodies.”

Thirteen-year-old Isabella Rosario marches with her mother, Claudia Orellana. And her mother’s story fuels her passion.

Orellana said she was 12 — younger than her daughter — when she was raped by her uncle. She had no idea of what had happened; she was five months pregnant when her mother found out and arranged for her to have an abortion.

She’s 46 now. When she hears abortion opponents propose new laws that lack exceptions, even for rape or incest, and when she looks at her three daughters, the Jersey City, New Jersey, woman is infuriated.

“I’m just trying to lead by example,” she said. “You know, my dad is always like, 'Oh, my God, you’re always going out to these, you know, to these marches and all these things. ... I think you need to pay more attention to, you know, to your kids.’”

“And I’m like, `This is me paying attention to my kids. This is for my kids.”

Those kids are the future. “I hope that they will get the same enthusiasm that I do,” she said. “It took me years to get here. So I’m trying to just be the change that I want to see in them.”