The event quickly got off to a combative start and neither candidate let up over the course of the hour, with each accusing the other of lying to voters.

Five weeks from Election Day and with early voting already underway, recent polls suggest a tight race between McAuliffe, who is seeking a second term after his first ended in 2018, and Youngkin, a former business executive and political newcomer.

Democrats made huge gains in Virginia while President Donald Trump was in office, taking full control of state government, but Republicans are more energized and optimistic about their chances this fall than they have been in years. The contest, one of only two regularly scheduled governor's races this year, is also drawing national attention as a possible indicator of voter sentiment heading into next year's midterms.

The first question of the night dealt with the coronavirus pandemic, and the candidates maintained the positions they’ve consistently outlined on vaccine mandates, which McAuliffe generally supports and Youngkin does not.

“He wants employers to fire employees who don’t get the vaccine,” said Youngkin, who is vaccinated and said he believes everyone should get it. 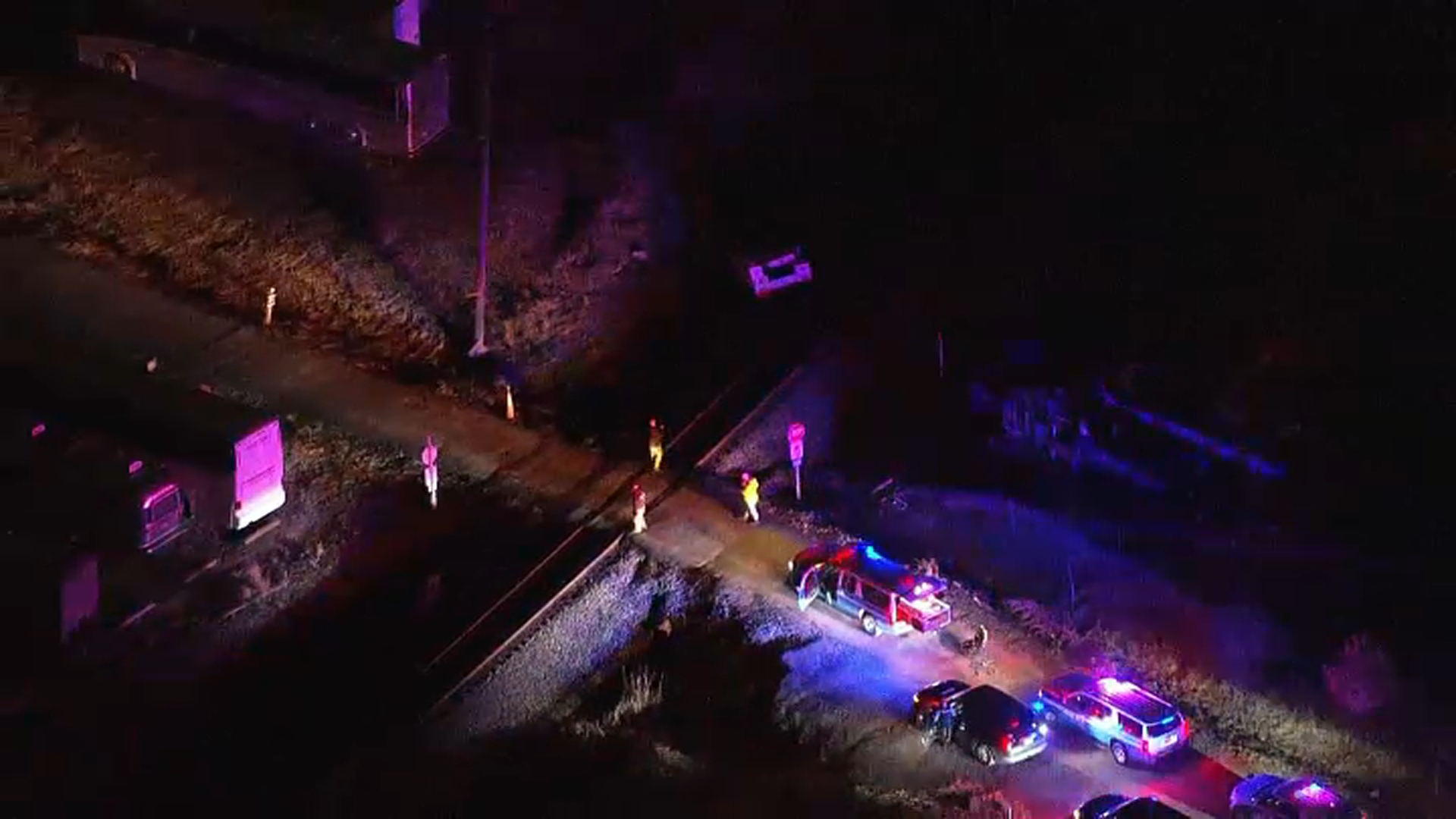 Moderator Chuck Todd, NBC News political director, pressed Youngkin on whether he believed getting vaccinated for “measles, mumps or rubella is a personal choice."

Youngkin struggled to find his words for several seconds and then said: “I think that the data associated with those vaccines is something that we should absolutely understand the difference between this vaccine.”

When asked again, he said he thinks those vaccines “can be mandatory.”

McAuliffe, as he has throughout the campaign, consistently sought to tie Youngkin to Trump, who lost Virginia by 10 points. At one point he called Youngkin “bought and paid for” by the former president.

“There’s an over/under on how many times you’d say Donald Trump,” Youngkin responded. “You’re running against me. It’s Terry McAuliffe against Glenn Youngkin.”

In the night’s final question, Todd asked Youngkin if he would support Trump if he ran for president in 2024. After initially talking around the question, Youngkin said, “If he’s the Republican nominee, I’ll support him.”

One of the event's sharpest exchanges came during a question about the state’s historic $2.6 billion surplus, which Democratic Gov. Ralph Northam has said is thanks to the state’s strong economic outlook but Youngkin has called the result of overtaxation.

Asked why some of that money shouldn't be returned to taxpayers, as Youngkin has proposed, McAuliffe argued that the Republican's “crazy” tax scheme would devastate Virginia's economy and lead to cuts in public education.

“Revenue and expenses, I know were hard for you. I know they’re hard for you,” Youngkin, a former co-CEO of The Carlyle Group, shot back, to cheers from the audience. “At the end of the day, Terry, you have no idea what you’re talking about.”

While Youngkin sought to portray McAuliffe as a failed politician, McAuliffe went after Youngkin’s background in private equity, citing unflattering news reports about the performance of some companies his firm acquired, including a nursing home chain that a Washington Post investigation found exposed its patients to “increasing health risks” and racked up health code violations.

On education, Youngkin said he'd seen school systems “refusing to engage with parents” over the past 20 months, citing as an example recent parental outragein Fairfax County over books with explicit sexual content.

He knocked McAuliffe for vetoing a measure in 2017 known as the “Beloved” bill, after the Toni Morrison novel, that would have allowed parents to opt out of having their children study materials deemed sexually explicit. Opponents of the measure criticized it as a form of censorship.

“I don’t think parents should be telling schools what they should teach,” McAuliffe said, in a line Republicans sought to highlight online after the event.

Virginia does not allow its governors to serve consecutive terms, and McAuliffe is seeking a rare return after deciding against a run for president in 2020.

Also on the ballot this fall are races for attorney general and lieutenant governor, plus all 100 seats in the House of Delegates.

After much back and forth this summer, Youngkin and McAuliffe agreed to only two debates. Tuesday's event, hosted by the Northern Virginia Chamber of Commerce, was held at a community college campus in Alexandria.

Third-party candidate Princess Blanding, who was not invited to participate, interrupted the debate, shouting from the audience about the fact that she was shut out. The station went to a commercial break.

She told The Associated Press earlier in the day that the Chamber of Commerce had invited her to sit in the audience and meet with the press afterward.

“The way that felt to me was, yes, you can come and get on the bus like everybody else ... but you’re going to sit in the back of the bus. I met the requirements just like they did to get on the ballot, however, I’m being blocked,” she said.

Election Day is Nov. 2, and the deadline to register to vote or update an existing registration is Oct. 12.