Advocates say the situation foreshadows what could happen in some states across the country if the U.S. Supreme Court ends up overturning Roe v. Wade

Frustration is building among abortion rights groups in Kentucky, where a restrictive new law has thrown the state's only two remaining clinics into limbo.

The clinics, both in the state's largest city of Louisville, say they were forced to halt abortions because officials haven't had time to write guidelines for complying with the law, which the Republican-dominated legislature passed a week ago over the veto of Democratic Gov. Andy Beshear.

Advocates say the situation foreshadows what could happen in Republican-leaning states across the country if the U.S. Supreme Court ends up overturning Roe v. Wade, the landmark 1973 decision that established a right to abortion nationwide.

Effective immediately, the new law bans abortions after 15 weeks of pregnancy, replacing the state’s previous 20-week limit — a restriction that four other states also have passed.

It also places strict new conditions on medication abortions, requiring women to be examined by a doctor before receiving abortion pills. And it contains new reporting requirements for providers. Noncompliance can result in stiff fines and felony penalties.

Attorneys for the clinics have filed federal lawsuits seeking to overturn the law. In the meantime, women in Kentucky are being forced to either travel out of state to end their pregnancies or wait for a judge's decision on whether to temporarily block the law while the case is litigated. Many of the women affected are young and poor, advocates say.

“The mood is one of anger and frustration,” said Meg Sasse Stern, abortion fund director with Kentucky Health Justice Network, a statewide reproductive justice group. “These people know what they need. They knew as soon as they made their decision. And they know they should be able to get this care. It is safe, it is common and it should be accessible.”

Supporters of Kentucky's new law say the goal is to protect women's health and strengthen oversight.

"If you have access to money to take a plane or take a train or go somewhere where abortion is safe and legal, you'll do that," says Kim Wehle, professor at the University of Baltimore School of Law. She says if the Supreme Court guts Roe v. Wade, "you just might not have any option but to carry a child to term," which poses a burden to anyone who can't afford child care.

But in his veto, the governor faulted the measure for not making exceptions for pregnancies caused by rape or incest and for the lack of funding to carry out new reporting requirements. He also raised doubts about its constitutionality.

A Planned Parenthood clinic in Louisville has halted abortions pending a ruling from the judge but continues to provide other services, including health screenings, birth control and initial appointments for pregnant women. But officials worry that the law will discourage women who need help from reaching out.

“The challenging thing is, you don't know who you're not seeing, if women are trying to arrange things on their own,” said Dr. Kara Cadwallader, chief medical officer for Planned Parenthood in Kentucky and several other states.

“The overall picture is sort of mass confusion if you're a patient trying to get care, especially if you have economic hurdles that make it just more difficult to access any kind of care," she added.

Another group at the forefront of the legal fight, the American Civil Liberties Union of Kentucky, vowed to “never stop fighting” for the right of women to make their own reproductive decisions. “The government should never have the authority to force a person to remain pregnant against their will,” the group said on Twitter earlier this week.

“The General Assembly passed HB 3 to protect life and promote the health and safety of women, and we are prepared to earnestly defend this new law," Cameron said last week.

The measure requires abortion providers to report more detailed information from patients, which opponents say would violate privacy. And it requires that fetal remains be cremated or buried by a licensed funeral establishment, adding to the costs. 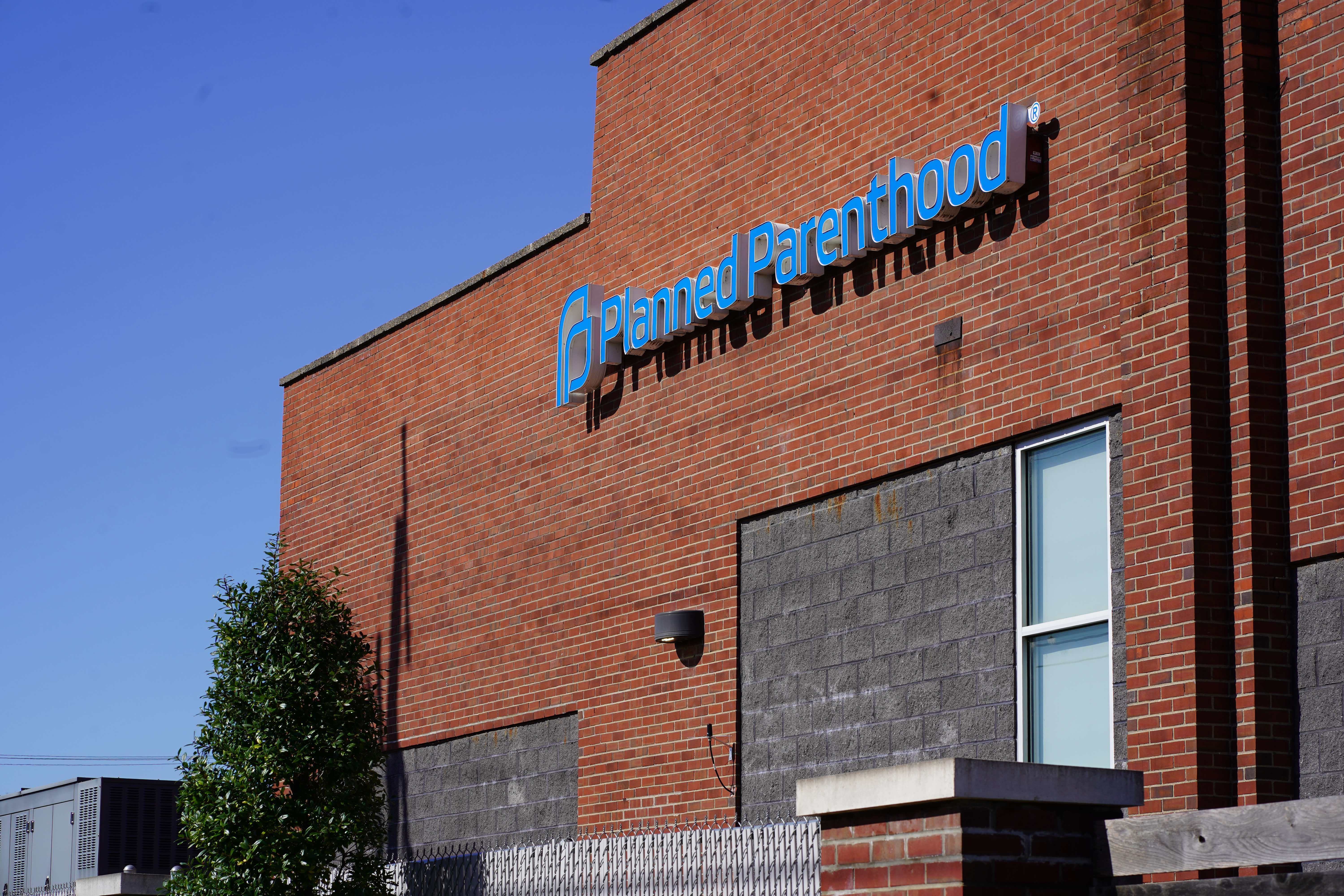 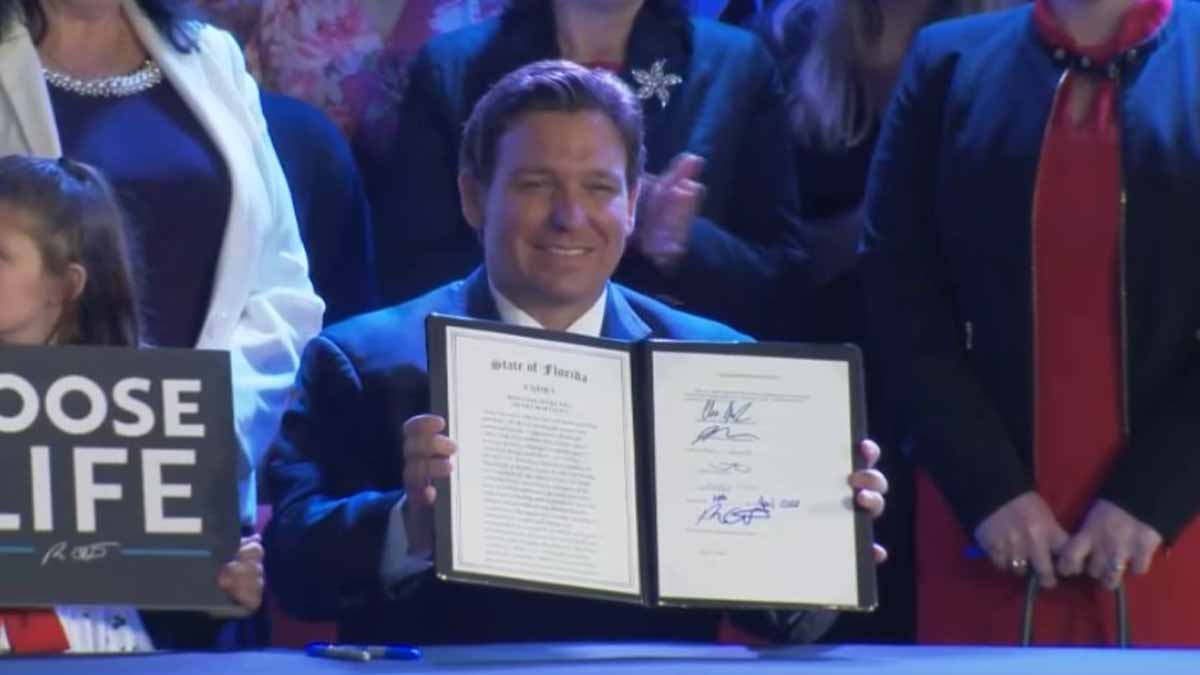 For women who have made the decision to end their pregnancies, the sudden lack of abortion access in Kentucky has become another hardship, abortion rights supporters say.

For many Kentucky women, it's already a long drive to the nearest clinic. They face transportation and lodging costs, and many have to make child care arrangements.

The Kentucky Health Justice Network offers financial and logistical assistance for women seeking abortions. Some women seeking the group's help have opted to wait until a judge rules, Sasse Stern said. Others have made appointments with clinics in other states.

“For some people, it's OK to wait, especially if they are early in pregnancy,” she said. "They may be able to delay an appointment for a couple of weeks.

“If someone is later in pregnancy or experiencing health issues that are because of that pregnancy, it can become very urgent that they get care,” she added.

Abortion rights supporters in Kentucky fear the past week could be a harbinger of things to come if the U.S. Supreme Court overturns Roe v. Wade. The justices are being asked to overrule the 50-year-old decision in the context of a Mississippi law that bans abortion after 15 weeks.

“I think it's a frightening preview of what's coming," Cadwallader said of Kentucky's current situation.

Depending on how the Supreme Court rules on Mississippi's abortion law, the legality of the medical procedure could be decided state-by-state, says Florida State professor and author Mary Ziegler. "There are going to be large regions, mostly across the South and Midwest, where abortion is entirely illegal. And it's going to be much more difficult for many people in the United States to get an abortion."
Copyright AP - Associated Press