Donald Trump’s closest advisers viewed his last-ditch efforts pressuring Vice President Mike Pence to halt congressional certification of his 2020 election defeat as “nuts,” “crazy” and even likely to incite riots if Pence followed through, witnesses revealed in stark testimony to the Jan. 6 committee on Thursday.

Gripping new evidence disclosed Trump’s heated conversation deriding Pence with vulgar names on the morning of Jan. 6, 2021, before the defeated president took the stage at a rally near the White House. From there, he sent his supporters to the Capitol to “fight like hell" as the vice president was to preside over a joint session.

The panel highlighted the physical danger to Pence as rioters came within 40 feet of the place at the Capitol where he and others had been evacuated. Never-before-shown photos showed Pence and his team sheltering.

“He deserves to be burned with the rest of them,” one rioter is heard saying on video as the mob prepares to storm the iconic building.

“Pence betrayed us,” says another rioter, wearing a Make America Great Again hat in a selfie video inside the Capitol.

Pence’s counsel Greg Jacob testified that he could “hear the din” of the rioters nearby. Asked if Trump ever checked on Pence during the siege, Jacob said: “He did not.”

With live testimony and other evidence from its yearlong investigation, the panel opened its third hearing this month aiming to demonstrate that Trump's repeated false claims of election fraud and desperate attempt to stay in power led directly to the Capitol insurrection.

All told, the committee is pulling together a dark portrait of the end of Trump's presidency as the defeated Republican was left grasping for alternatives as courts turned back dozens of lawsuits challenging the vote.

Trump latched onto conservative law professor John Eastman’s obscure plan to defy historical precedent of the Electoral Count Act and reverse Joe Biden's victory. In public and private, Trump waged a pressure campaign that put his vice president in danger as he was to preside over the joint session of Congress to certify the election.

Trump aides and allies warned bluntly in private about his efforts, even as some publicly continued to stand by the president's false claims of election fraud. Nine people died in the insurrection and its aftermath.

“Are you out of your effing mind?” Eric Herschmann, a lawyer advising Trump, told Eastman in recorded testimony shown at the hearing.

A text message from Fox News’ Sean Hannity to Trump’s chief of staff Mark Meadows about the plan in the run-up to Jan. 6 read: "I’m very worried about the next 48 hours."

The committee has said the plan was illegal, and a federal judge has said “more likely than not” Trump committed crimes in his attempt to stop the certification.

In a social media post Thursday, Trump decried the hearings anew as a “witch hunt," lambasted coverage by “the Fake News Networks” and exclaimed, “I DEMAND EQUAL TIME!!!”

On Capitol Hill, panel Chairman Bennie Thompson, D-Miss., cited Pence's own words that there was “almost no idea more un-American” than the one he was being asked to follow — reject Americans' votes.

The panel heard from Jacob, the vice president’s counsel who fended off Eastman’s ideas for Pence, and retired federal judge Michael Luttig, who called the plan from Eastman, his former law clerk, "incorrect at every turn.”

Jacob said it became clear to Pence from the start that the founding fathers did not intend to empower any one person, including someone running for office, to affect the election result.

Pence “never budged,” from that initial view, and was determined to stay at the Capitol that night and finish the job, despite the threats, Jacob said.

Luttig, a conservative scholar, said in a halting voice but firm terms that had Pence obeyed Trump’s orders, declaring “Trump as the next president would have plunged America into, what I believe, would have been tantamount to a revolution within a constitutional crisis in America.”

Thursday’s session presented new evidence about the danger Pence faced as rioters chanted “Hang Mike Pence” with a makeshift gallows outside the Capitol as the vice president fled with senators into hiding.

The president's daughter, Ivanka Trump, testified about the “heated” phone call he had with Pence that morning, as the family joined in the Oval Office. Another aide, Nicholas Luna, said he heard Trump call Pence a “wimp.”

In another development Thursday, Thompson said the panel will ask Virginia “Ginni” Thomas, the wife of Supreme Court Justice Clarence Thomas, for an interview amid disclosures of the conservative activist’s communications with people in Trump’s orbit ahead of the attack. He did not specify a schedule for that.

“It’s time for her to come talk,” Thompson told reporters.

The panel's yearlong investigation is showcasing Trump's final weeks in office as the defeated president clung to “the big lie” of a rigged election even as those around him — his family, his top aides, officials at the highest levels of government — were telling him he simply had lost.

With 1,000 interviews and some 140,000 documents, the committee is showing how Trump's false claims of election fraud became a battle cry as he summoned thousands of Americans to Washington and then Capitol Hill.

Thursday’s hearing unpacked the Eastman plan to have the states send alternative slates of electors from states Trump was disputing, including Arizona, Georgia, Michigan, Pennsylvania and Wisconsin. With competing slates for Trump or Biden, Pence would be forced to reject them, returning them to the states to sort it out, under the plan.

More than 800 people have been arrested in the Capitol siege, including members of extremist groups facing rare sedition charges over their roles in the Capitol attack. 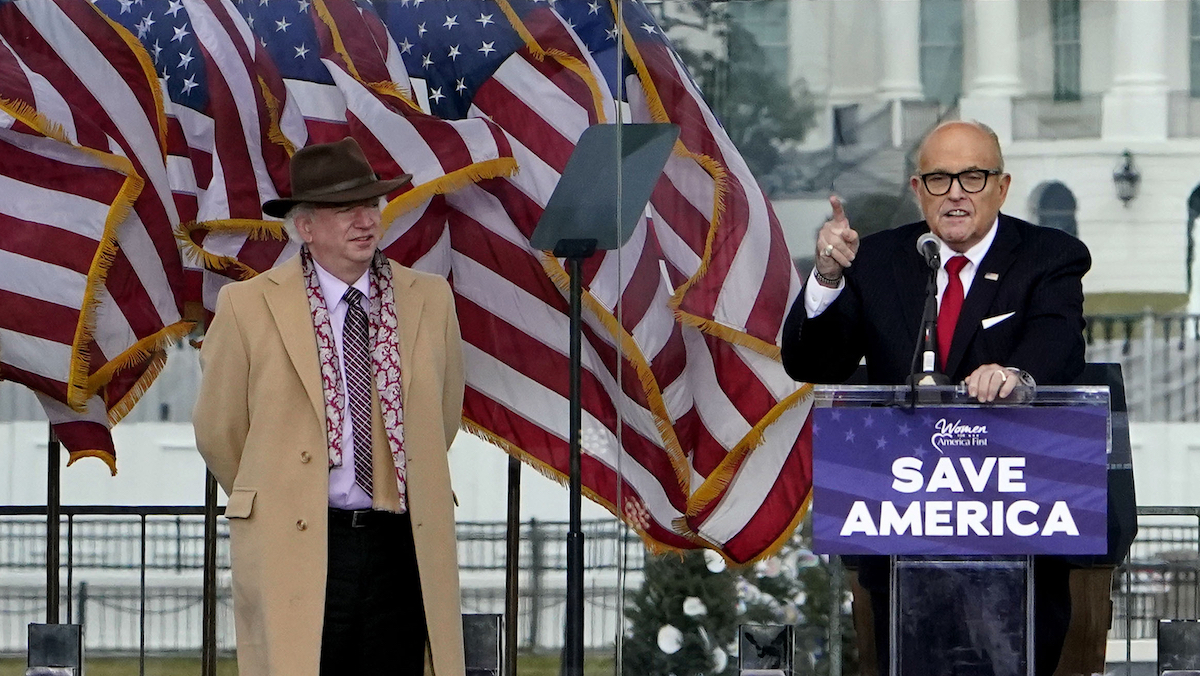 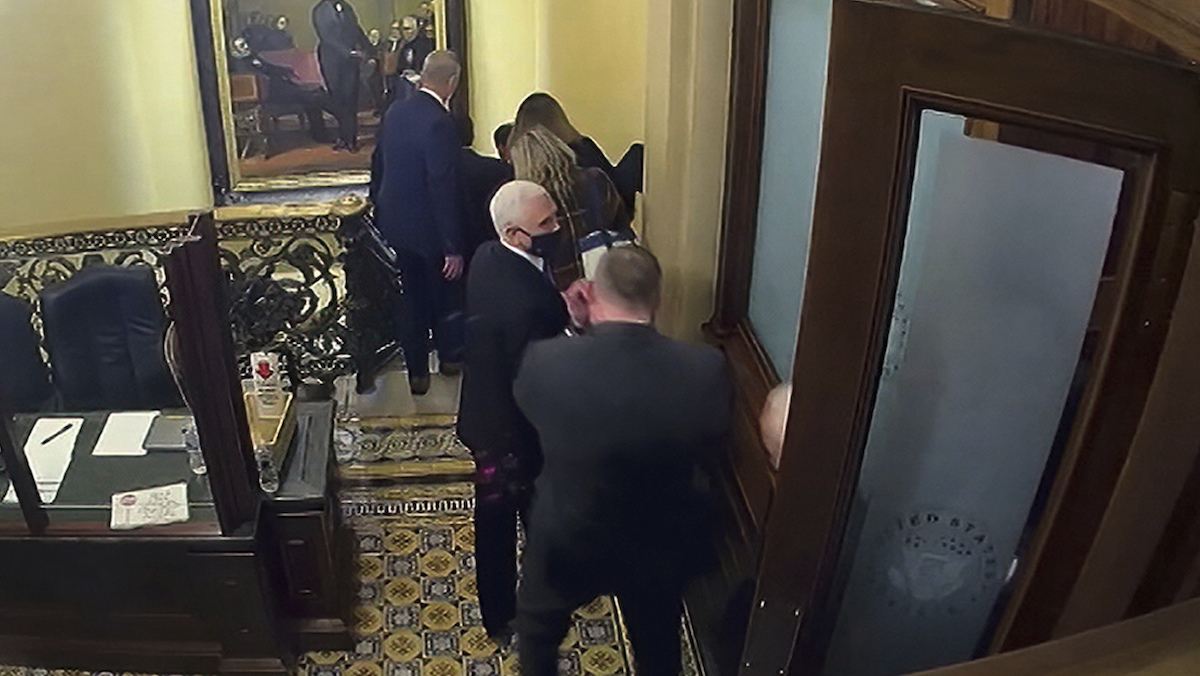 Several members of Congress are also under scrutiny, and the panel is also probing several candidates for elected office who were among the rioters.

The panel, which is expected to deliver a final report on its findings later this year, intends for its work to be a record for history of the most violent attack on the Capitol since the War of 1812.