The bill seeks to provide healthcare coverage to veterans who served near toxic burn pits. The bill would also include high blood pressure as a presumptive disease associated with exposure to Agent Orange.

A bill that would enhance health care and disability benefits for millions of veterans exposed to toxic burn pits hit a snag in the Senate last week, angering advocates like comedian Jon Stewart who say help from the government is long overdue.

Lawmakers have been hearing increasingly from constituents with respiratory illnesses and cancers that they attribute to serving near burn pits in Iraq and Afghanistan. The military used the pits to dispose of such things as chemicals, cans, tires, plastics and medical and human waste.

Veterans groups say servicemembers who were exposed to the pits have waited long enough for enhanced health benefits, and lawmakers largely agree. The Senate is ultimately expected to send the measure to President Joe Biden's desk. It's just a question of when.

Where the issue stands:

HOW DOES THE PACT ACT DO TO HELP IRAQ AND AFGHANISTAN VETERANS?

First, veterans who served near burn pits will get 10 years of health care coverage through the Department of Veterans Affairs upon their separation from the military rather than five.

Second, the legislation directs the VA to presume that certain respiratory illnesses and cancers were related to burn pit exposure. This takes the burden of proof off the veteran, allowing them to obtain disability payments to compensate for their injury without having to show the illness was a result of their service.

Roughly 70% of disability claims related to burn pit exposure are denied by the VA due to lack of evidence, scientific data and information from the Defense Department.

WHAT ABOUT OTHER VETERANS EXPOSED TO MILITARY TOXINS?

Yes. For example, hundreds of thousands of Vietnam War-era veterans and survivors also stand to benefit. The bill adds hypertension, or high blood pressure, as a presumptive disease associated with Agent Orange exposure. The Congressional Budget Office projected that about 600,000 of 1.6 million living Vietnam vets would be eligible for increased compensation, though only about half would have severe enough diagnoses to warrant receiving it.

HOW MUCH WILL THE PACT ACT COST?

The bill is projected to increase federal deficits by about $277 billion over 10 years, the CBO said. Lawmakers did not include offsetting spending cuts or tax increases to help pay for the spending. 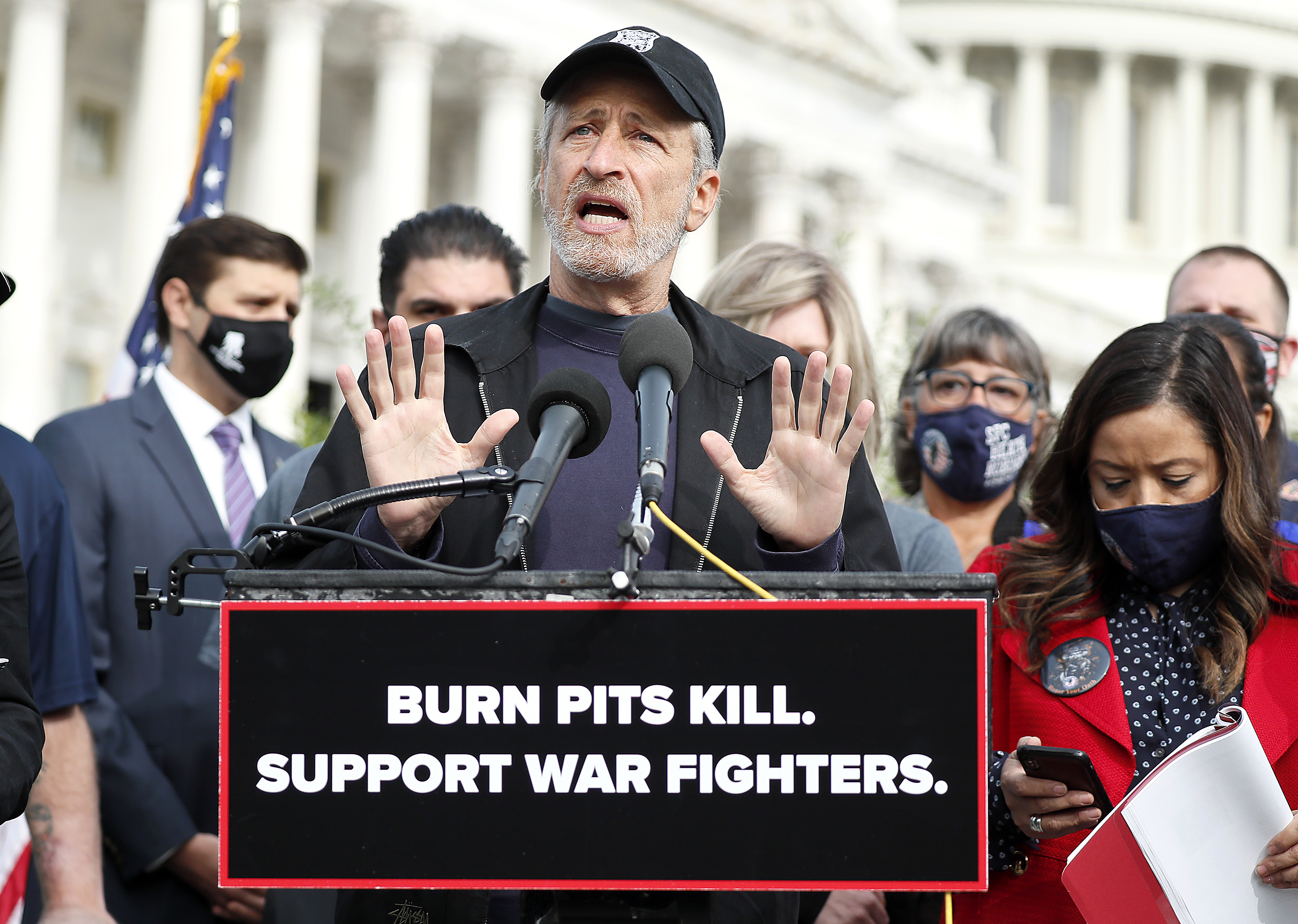 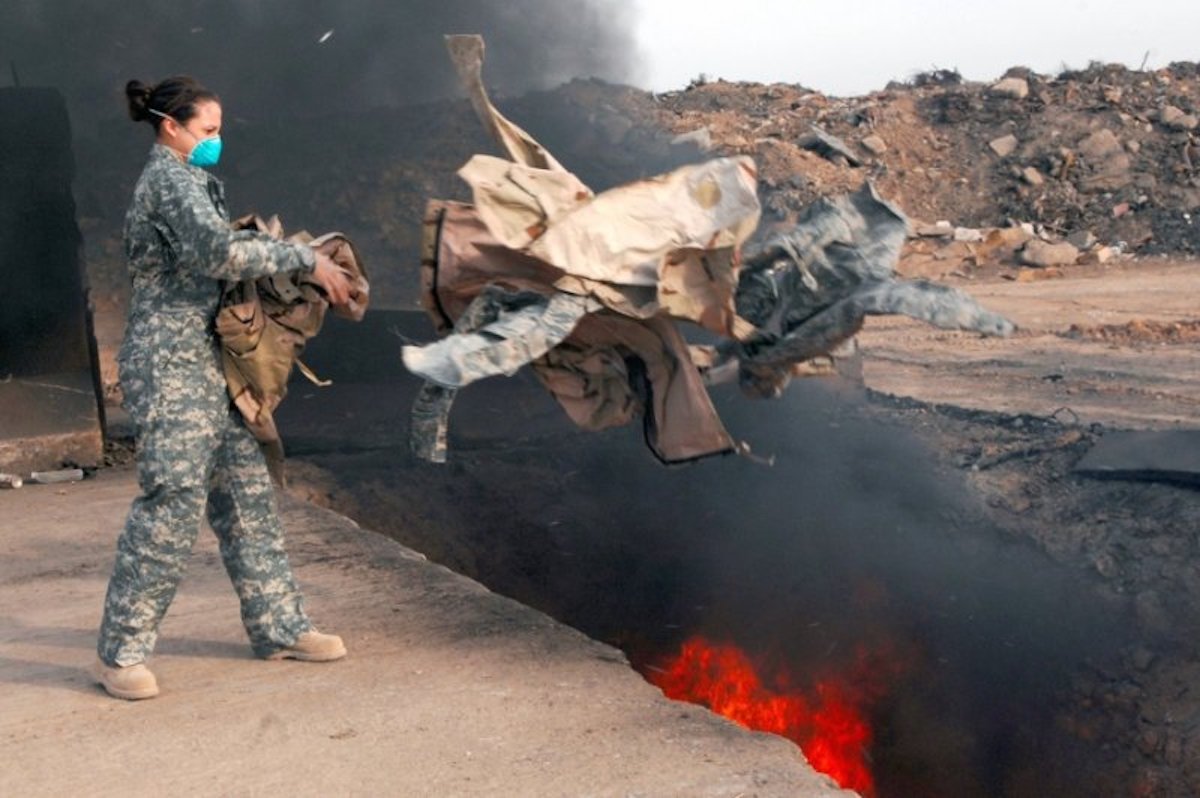 WHY HASN'T THE SENATE APPROVED IT AND WHICH REPUBLICANS CHANGED THEIR VOTE?

Both the House and Senate have approved the bill overwhelmingly. The Senate did so in June, by a vote of 84-14, but the the bill contained a revenue-related provision that must originate in the House, requiring a do-over to make a technical fix.

The House approved the fixed bill by a vote of 342-88. So, the measure went back before the Senate, where 25 Republican senators — many of whom voted in favor of it just a month earlier — blocked the measure last week.

So, why the turnabout?

When the CBO scored the bill, it projected that nearly $400 billion slated to be spent on health services would move from discretionary spending to mandatory spending, which is mostly sheltered from the bruising battles that occur each year over where to spend money in appropriations bills.

The Committee for a Responsible Federal Budget, a nonpartisan fiscal watchdog, said a reclassification of nearly $400 billion from discretionary to mandatory would “both reduce the pressure to keep those costs under control and make it easier for appropriators to spend more elsewhere in the budget without offsets.”

However, those spending concerns also applied to the bill when the Senate approved it in June. Nevertheless, senators voted for the measure overwhelmingly.

But now, more than two dozen Republicans who previously voted to advance the bill are claiming there are "budgetary gimmicks" in the bill siding with Republican Sen. Pat Toomey of Pennsylvania, who is seeking a vote on an amendment that he says would not reduce spending on veterans but would prevent spending increases in other nondefense programs down the road.

Senate Majority Leader Chuck Schumer has offered to let the Senate vote on the Toomey amendment with 60 votes needed for passage, the same number that is needed to advance the bill itself.

It's unclear how the delay will be resolved, though Senate GOP leader Mitch McConnell predicted Monday that the bill will pass this week.

Advocacy groups for veterans, a key voting bloc in the upcoming midterm elections, are furious and ramping up the political pressure on lawmakers to act. At a Capitol Hill news conference the day after last week's procedural vote, speakers used terms such as “villains" and “reprehensible" to describe the Republican senators who voted against advancing the measure last week but voted for almost the exact same bill in June.

“Veterans are angry and confused at the sudden change from those they thought had their backs," said Cory Titus of the group Military Officers Association of America.