Glenn Younkin was sworn in as Virginia’s 74th governor Saturday, and the inaugurations of Lt. Gov. Winsome Sears and Attorney General Jason Miyares made commonwealth history

Virginia began a new chapter Saturday with the inauguration of Glenn Youngkin, the first Republican governor to take the oath of office in 12 years. In his inauguration speech, Youngkin promised a change in direction in the state, with shifts on COVID-19 policies, education, criminal justice and taxes.

Youngkin was sworn in as the commonwealth’s 74th governor on the steps of the Virginia State Capitol in Richmond before a cheering crowd estimated to be 6,000 deep.

Youngkin, a former private equity executive and newcomer to politics, wasted no time in signing 11 executive orders and actions within hours of his inauguration. He says they include lifting the mask mandate for Virginia schools, ending the vaccine mandate for state employees and ending the use of “divisive concepts” in schools such as critical race theory, which is not part of the curriculum.

Lt. Gov. Winsome Sears and Attorney General Jason Miyares each made history with their inaugurations; Sears is the first woman of color to serve in a statewide office, and Miyares is the first Latino to serve in his role.

As Virginia's top three offices changed hands from Democrats to Republicans, Youngkin said he was filled with an unbridled sense of optimism. He praised Virginia's essential workers and then laid out his priorities for the next four years.

His opening words were interrupted on cue by a roaring flyover, after which he said, "We celebrate the sound of freedom."

Here’s what to know about Youngkin’s promises on Inauguration Day, plus his plans and policies for his term.

The orders were not immediately made available in full. Youngkin's team summarized them in a statement as follows:

Youngkin also said he signed two executive directives: one to slash regulations on businesses, and another to rescind the vaccine mandate for state employees.

Youngkin has said he wants to be known as “The Education Governor.” His plan for Day One included banning critical race theory, though it’s not part of any public school curriculum; “keeping schools open safely five days a week;” raising teacher pay; investing in special education and creating a least 20 new charter schools.

The inauguration crowd cheered loudly as Youngkin said he would remove politics from the classroom.

“We will teach all of our history — the good and the bad,” Youngkin said to cheers.

He has said he will respect teachers' beliefs about LGBTQ issues, as well as require schools to have school resource officers.

Virginia’s next administration is taking shape with Gov.-elect Glenn Youngkin announcing his pick for education secretary. Aimee Guidera had a child in Fairfax County Public Schools and has an extensive background in education advocacy and policy. Northern Virginia Bureau Reporter Drew Wilder reports one of the groups she founded also stresses the importance of understanding how race impacts a child’s education.

Governor Youngkin’s Plan for Taxes and the Economy

Youngkin said his administration wants to create 400,000 jobs and 10,000 new startups during his tenure.

“We’re going to make Virginia competitive again, no longer conceding corporate relocations and expansions to our friends in Maryland, North Carolina and Tennessee,” he said.

In his inauguration speech, Youngkin praised vaccines and “the miracle of modern medicine” but reiterated that his COVID-19 plan will prioritize individuals' freedom.

Youngkin said he will lift the state’s school mask mandate and change other COVID-19 policies after taking office. The change in direction is expected amid what the Virginia Hospital & Healthcare Association called the fifth surge of the pandemic.

Youngkin said in an interview Wednesday that Virginia would no longer require children to wear masks in schools.

Julie Carey reports on what the governor-elect hopes to get done on day one and in the years ahead.

“We’re gonna rescind the mandate that requires K-12 children to wear a mask to school, and we’ve been quite clear about that,” he told WTKR-TV in Norfolk, repeating a point he made while campaigning.

School districts will be able to keep mask recommendations in place, but parents can choose not to follow them, he added.

"The way that Virginia works is that the governor cannot ban mask mandates. Schools make those decisions,” he said. “We will in fact, then, also make sure that schools allow parents to exercise their rights for what’s best for their children, to opt-out of those mandates." 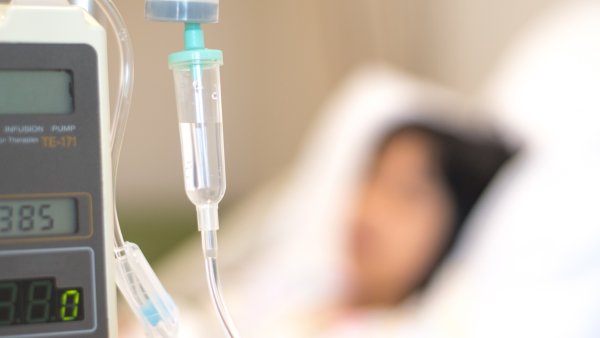 Youngkin’s office did not respond to an inquiry about what he would tell parents who fear the policy change will spread the virus.

At least two school systems in Northern Virginia, those in Arlington and Fairfax counties, have reiterated their intention to enforce a mask requirement.

The incoming governor has promised a new approach to the pandemic. He has encouraged vaccination but opposed vaccine and mask mandates, emphasizing personal choice. Go here to see more reporting on his positions and plans on COVID.

Youngkin may usher in dramatic changes on criminal justice. He and incoming Attorney General Jason Miyares have adopted a “tough on crime” stance. The governor’s Day One plan on criminal justice included “keeping violent criminals off our streets," protecting qualified immunity for officers and firing the parole board.

Virginia’s Democratic attorney general is leaving office in two days, but he’s taking a final, dramatic action he hopes will send a message about the commonwealth’s need to confront racist policies of the past. Northern Virginia Bureau Chief Julie Carey explains.

Youngkin is expected to tighten restrictions on abortion, although he did not speak about it on Saturday. He has called himself “pro-life” and indicated support for restricting the procedure after 20 weeks of pregnancy, according to Washington Post fact checkers.

His campaign website touted an endorsement by the anti-abortion rights group National Right to Life.

Holsworth said he expected to see Youngkin pursue abortion restrictions but face a challenge by the state Senate, which Democrats hold. Abortion will be “front and center” in Virginia, Holsworth said.

The Tone of State Politics

Dr. Jatia Wrighten, a political science professor at Virginia Commonwealth University, said she expected to see a major change in the tone of state politics and messages coming out of the state capitol, with less emphasis on diversity and equity. She said she was discouraged to see state Republicans withhold applause this week as outgoing Gov. Ralph Northam spoke about measures to increase voter access.

As Youngkin addressed Virginians for the first time as governor, he decried a rise in divisiveness and distrust of public figures.

Who Is Glenn Youngkin?

During his campaign, Youngkin, a Republican business executive new to elected office, distanced himself from former President Donald Trump while still courting Trump supporters. He didn’t release detailed policy platforms like some candidates for elected office do.

“At this point, we don’t know much about Youngkin generally,” Wrighten said.

Holsworth pointed to Youngkin’s plan to lift the school mask mandate and asked whether he would go as far as to threaten to withhold state funding from school districts that require masks, as DeSantis, Florida’s governor, did last year.

How Much Support or Opposition Is Youngkin Expected to Face?

The strength of Youngkin’s mandate from voters is uncertain after he won the governorship by less than 2 points. Nearly half of the state’s voters in November chose Democrat Terry McAuliffe instead.

Youngkin faces a split legislature. Republicans gained control of the House of Delegates, but Democrats retained control of the state Senate, with a slim 21-19 majority. Sears, the lieutenant governor, will preside over the Senate and cast tie-breaking votes.

Youngkin and Virginia’s GOP will have to compromise with Democrats on some issues, Holsworth said.

“It’s clear and reasonable for Republicans to be excited, but their success is going to be dependent on where they can build some alliances,” he said.

Still, State Republicans including Tim Parrish, chairman of the Prince William County Republicans, are thrilled by the prospect of what lies ahead.

“The governor had this mantra; he said he was going to make the commonwealth the very best place to live, work and raise a family. So I have this great, profound sense of hope that we are moving in that direction,” he said.

What Other Inauguration Events Are Planned for Youngkin?

Youngkin, who emphasized his outsider status and Virginia roots during his run, planned a mix of high-dollar, exclusive events and public events. The inaugural weekend theme is “Strengthen the Spirit of Virginia Together.”

The first of Youngkin's inaugural weekend events got underway Friday morning, when the governor-elect participated in a service event with local officials, helping landscape an area along the Richmond Slave Trail, a tribute to the critical role the city played in the domestic slave trade.

Shortly before the inauguration began Saturday, Virginia’s former governors met with Youngkin and outgoing Democratic Gov. Ralph Northam inside the Capitol. Every living governor but Youngkin’s opponent, former Gov. Terry McAuliffe, was in attendance. McAuliffe tweeted that he and his wife were “quarantining due to a close COVID contact in the interest of health and safety.”