Chuck Thies: Where Are D.C.'s Candidates?

Elections are less than a year away in the District of Columbia, but so far there are very few candidates.

On April 1, voters will pick party nominees for mayor, attorney general, Council chair, at-large Council member and representatives for Wards 1, 3, 5 and 6. The Democrats who prevail are likely winners in November.

Given the dark cloud lingering over City Hall, the dearth of challengers is surprising.

These are good, six-figure jobs. Step up, folks! 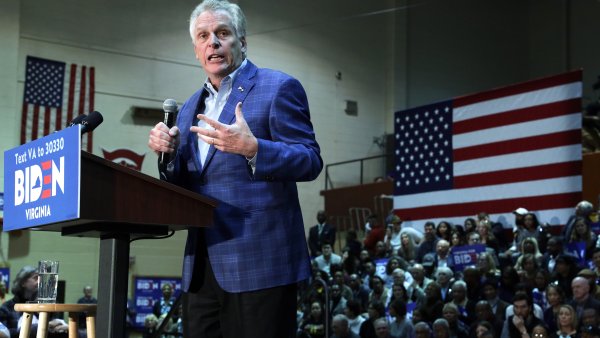 Let’s take a look at the races.

Vincent Gray has yet to announce a reelection bid or retirement. He has given no indication as to when he might decide.

Currently, there are three candidates who want his job. Each is a sitting Council member: Muriel Bowser (Ward 4), Jack Evans (Ward 2) and Tommy Wells (Ward 6).

For the first time, District voters will elect an Attorney General.

Currently, there are no contestants.

Aren’t there any lawyers in D.C.?

Phil Mendelson was in his fourth term as an at-large Council member when he won a special election in November 2012 to fill the void left by former-Council-chairman-turned-disgraced-felon Kwame Brown.

69,000 people -- most of whom are from majority-black precincts -- voted against Mendelson. Their choice was an unfunded, unknown, slapstick candidate. Mendelson won handily with 174,000 votes, but there are cracks in his veneer.

Nonetheless, Mendelson has no challengers.

Anita Bonds won the at-large special election in April 2013. Her candidacy got a boost when Michael Brown shut down his campaign (we now know Feds busted him taking bribes).

With Brown out of the race, black voters coalesced around Bonds; white voters split their support among three candidates, two of whom were Democrats.

Bonds could face a difficult reelection.

But she has no challengers.

Jim Graham has yet to announce a reelection bid or retirement. Graham has said he will decide in late summer or autumn of 2013.

If he runs, Graham will be seeking a fifth term.

There are two declared candidates who want his job: Brianne Nadeau, a newcomer, and Bryan Weaver, who ran against Graham in 2010 and garnered 21 percent of the vote in a three-way race. Graham finished with 57 percent.

I was a consultant to Graham’s 2010 campaign. Many of the people who thought he was vulnerable then have the same notion today. I will withhold my opinion of the challengers and Graham’s chances for reelection until after he announces his intentions.

Mary Cheh has indicated she plans to seek a third term. No one has stepped up to challenge Cheh. I find this surprising. She has soft spots and could be toppled.

In 2010, Cheh endorsed two elected officials who are very unpopular in her ward: Vince Gray and Kwame Brown.

“Judgment matters” is an easy case for an insurgent candidate to make and it can be enhanced with photos of Cheh side-by-side with Brown and Gray. Her laudatory quotes about the two ice the cake.

Heck, there’s even a video.

Kenyan McDuffie is expected to announce his reelection bid later this summer. He arrived to the Council via a 2012 special election to fill the shoes of former-Council-member-turned-disgraced-felon Harry Thomas, Jr.

McDuffie just completed his first year on the Council. He is doing a good job.

Rookies seldom get a free pass, but so far...

With Wells in the mayoral race, the Ward 6 Council seat is up for grabs.

No one has jumped into this race.

Wells's chief of staff, Charles Allen, is expected to run, though he will only say that the decision is something he and his family are weighing.

Elissa Silverman, who finished a strong second in the recent At-Large special election, is a Ward 6 resident. She could be a formidable candidate, but Silverman and Allen breathe the same air. With both in the race, they risk splitting the progressive, white, “livable, walkable” vote. But with no one else running, there is not a third candidate who would benefit from a split electorate.

Where are the candidates?

Would someone please get in the ring?

The election is less than ten months away.

Chuck Thies is a political, communications and advocacy consultant. From 1998 to 2010 his portfolio included District of Columbia politics. Chuck has worked on national projects and internationally in Europe, Africa, the Middle East , China and Mexico. If you are daring, follow him on twitter: @ChuckThies.