UPDATE:  At-large council member Michael Brown told NBC4 on Tuesday that there are enough votes on the full council to repeal online gambling when the council meets next week. "I think it's a mistake," Brown said.

The council's finance committee is expected to vote at 1 p.m. today to send the repeal measure to the full council. In another blow to the controversial gambling measure, Mayor Vincent Gray also came out for repeal, just a day after he first declined to take a position.

The online gambling measure was put into the city budget without public hearings in December 2010. When the public learned of preparations to begin poker and other games in the spring of last year, there was an immediate outcry and the online games were delayed. Now the program is likely dead and Brown admits he'll have to start all over with a new bill and public hearings. 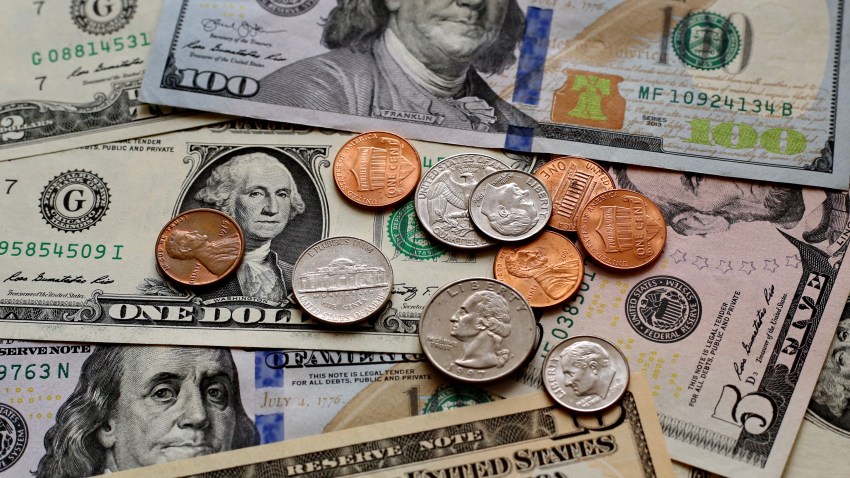 Several council members say they aren't opposed to online gambling, they just object to the way it was done.

Barring a last-minute surprise, online gambling in the District may be headed back to square one.

The D.C. Council Finance Committee was expected to vote out a bill today that would repeal online gambling in the District. The full council could follow suit soon.

The original online provision was slipped into city law a year ago without any public hearings, but there have been some explosive hearings lately, and the anger expressed has been focused not so much on online gambling itself but on how it was approved and how it would operate in the city.

Even Inspector General Charles Willoughby weighed in with a report suggesting the gambling details had been changed after the council approved the company Intralot to run the city’s lucrative operations. The report -- and Willoughby’s subsequent testimony -- was a lot more damaging than first realized. Some also complained that Intralot would get 50 percent of online revenues, far more than it does with the city’s other gambling games.

Ward 2 Council member Jack Evans, chair of the finance committee, called the special meeting for today to vote on repeal. At a contentious hearing last week, Evans said that the council clearly didn’t know it was approving online gambling a year ago and certainly most District citizens and neighborhoods didn’t know.

It’s hardly likely that Evans would have scheduled the meeting without expecting to have the votes for the bill.

Ward 4 Council member Muriel Bowser is a member of the committee and told the Notebook she’d be voting with Evans and at-large member David Catania to repeal online gambling, thus providing the crucial third vote the measure needs to go to the full council.

Ward 8 member Marion Barry and at-large member Michael Brown were expected to vote against the repeal effort. It was Brown who first moved to include online gambling in the city budget without public hearings.

“Clearly the process is convoluted and wrong,” Bowser told the Notebook. “Everyone will be more comfortable” starting over, she said.

Well, maybe not everyone. But if the full council rejects the way online gambling was slipped into city law, maybe it’ll be a lesson for more transparency on other matters.

Council member Brown and others support online gambling as another source of revenue for the District, which has had some hard times over the past few years because of the national recession.

But on Monday, D.C. Chief Financial Officer Natwar Gandhi announced that the city ended the last fiscal year with a $240 million budget surplus. It’s one of the largest in recent years, even though about $50 million of the surplus was attributed to “under-spending” by a few city agencies and programs.

Still, the improving economic news is one more strike against rushing into online gambling. Many jurisdictions across the country are now looking at the option. The Obama Justice Department recently said federal laws against online gambling refer only to sporting events, not card games and other games of chance.

The District was out in front on this issue, but the subject was so poorly handled that it now looks like we’re going back to the drawing boards on when -- or if -- the nation’s capital will provide online gambling.

Hundreds of cab drivers jammed into a large D.C. Council hearing room Monday, but they got little sympathy for their concerns.

The city is pursuing legislation that would require cab operators to drive more modern vehicles, use GPS devices to track trips and fares, and get more training on both their behavior and city streets.

“Did you hear me?” Ward 4’s Bowser asked in a scolding tone, angry that so many of her citizens say they can’t get reliable cab service. “And I know everybody in this room knows about it. Why can’t Ward 4 citizens get a cab?”

Taxi Commission Chair Ron Linton is dead set on reforming both the dysfunctional commission and cab service in the city, but he may be moving too fast for the council.

Linton wants to impose a 50-cent surcharge on every taxi fare to pay for more modern meters and other improvements.

The disgruntled cab drivers, and there were plenty of them, worry that imposition of tougher standards is just another effort to drive many of the independent drivers out of business so big companies can take over and monopolize rates.

“The big money is behind this,” said Luther Huff, who has driven a cab in the District off and on since the 1960s. “A lot of money -- a lot of money.”

Haimanot Bizuayehu, the leader of a growing cab association, said his drivers want to improve service, too. But he said city leaders have given the drivers mostly lip service and aren’t really listening to their concerns.

Ward 3 Council member Mary Cheh, who was holding the hearing, insisted that she wanted the drivers to have good and decent jobs -- not be run out of business. The crowd of cab drivers erupted in derisive laughter.