Morning Read: McAuliffe and His Army of Supporters: 400 Strong

Democrats released a list of 400 people who support Terry McAuliffe for Virginia governor. McAuliffe has said he will run for the Democrat nomination as long as Sen. Mark Warner doesn’t decide to run at the last minute.

McAuliffe is the former chairman of the Democratic National Committee.

The list was sent out by Susan Swecker, a member of the Democratic National Committee from Virginia and includes the signatures of a number of prominent state Democrats including State Sen. Chap Petersen, who had considered a run himself. 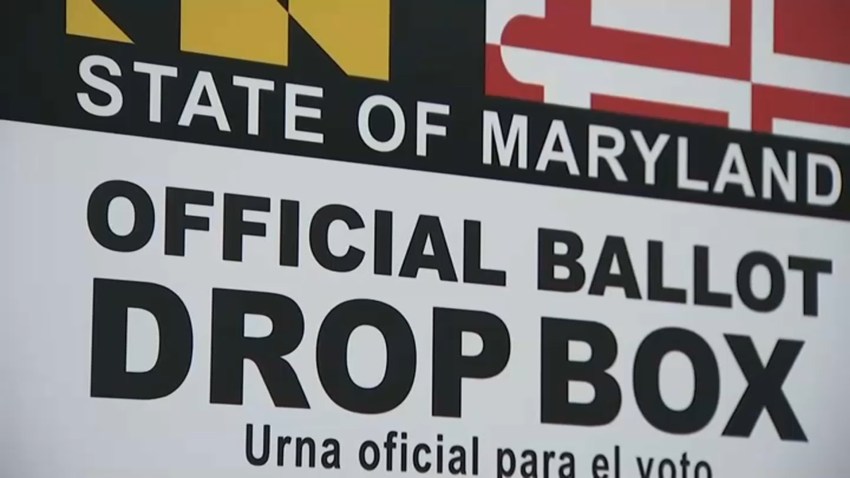 Mail-In Ballots Cause Confusion in Maryland

DC Will Open Voting Supercenter East of the River

Swecker said the endorsements are “a strong showing that our party is uniting behind Terry for Governor in 2013. We believe Terry will be a strong nominee who will take back the Governor’s Mansion and help candidates up and down the ballot next year. His strong business background and big bold ideas will enable him to hit the ground running.”

"We believe Terry will be a strong nominee who will take back the Governor’s Mansion and help candidates up and down the ballot next year. His strong business background and big bold ideas will enable him to hit the ground running. He will be a Governor for all Virginians. Over the last four years, Terry has traveled and participated in over 2,300 events across the Commonwealth. From Southwest Virginia to Northern Virginia he has listened and heard the concerns of everyday Virginians.”

The release of this list came just a day before the Democratic Party of Virginia Convention. The State Convention runs from June1-2 at George Mason University in Fairfax. 2

* The Wisconsin gubernatorial recall election is bringing out the dirty politics between Gov. Martin O’Malley and Gov. Bob McDonnell.

The two governors—who are both chairs of their respective party’s governors association—are campaigning in the Wisconsin race.

In an ad aired in Wisconsin, the Republican Governors Association, led by McDonnell, slammed O’Malley as a high taxing liberal.

The Washington Examiner writes that the race is “fast becoming a proxy war between McDonnell and O’Malley” and “the once-friendly rivalry between the two Beltway governors is turning nasty as they prepare to square off this fall on opposite sides of nearly a dozen competitive gubernatorial races.”

* The Washington Post editorial board writes why the extravagant spending habits of the authority that controls publicly owned Dulles International and Reagan National airports is significant.

The comportment of board members of the Metropolitan Washington Airports Authority matters because the authority itself matters. In addition to overseeing the airports, it runs the Dulles Toll Road and, critically, the $6 billion Silver Line project to extend Metrorail to Dulles airport. Any whiff of profligacy or ethical fudging — and there’s been more than a whiff — subverts the board’s standing at a critical juncture of the construction of the Silver Line, one of the nation’s biggest infrastructure ventures.

* The Washingtonian speculates what would happen if both Mayor Vincent Gray and Council Chairman Kwame Brown are removed from office and lands at the conclusion that at-large Councilman Phil Mendelson would be mayor.

"When the chairman’s office “becomes vacant,” the Home Rule Charter says the president pro tempore calls a meeting of the remaining members to choose an acting chair—from the four at-large council members.

In practice, Ward 3 Council member Mary Cheh, as president pro tempore, would call the meeting. Only two of the at-large members are Democrats: Phil Mendelson and Vincent Orange. It is more likely the one chosen would be Mendelson, who is, if nothing else, a better caretaker and less of a threat to run for mayor, should anyone have the opportunity.

* A group that opposes Gov. O’Malley’s Maryland congressional redistricting plan submitted an estimated 25,000 signatures Thursday night—more than the 18,579 needed by June 1—to put the measure on the November ballot.

The challengers now have until July 1 to get the remainder of the necessary 55,736 signatures, according to The Baltimore Sun.

* Greater Greater Washington writes about Initiative 70—an initiative that D.C. residents are hoping to get on the ballot in Novembers that would ban corporate cash from local campaigns.

Proponents of the initiative need to gather valid signatures and addresses of five percent of DC registered voters by early July.