Morning Read: Cuccinelli's Huge Lead Over Bolling: What It Means

The latest poll coming out of Virginia shows Attorney General Ken Cuccinelli with a huge lead over Lt. Gov Bill Bolling -- a sign that moderates aren't really identifying with Bolling like his campaign is banking on.

In the gubernatorial GOP primary, Cuccinelli holds a decisive 51 to 15 percent lead over Bolling, according to the new Quinnipiac University poll. While the fact that Cuccinelli is leading is expected, the staggering amount by which he leads is noteworthy.

Maryland Board OKs More Than $400M in State Budget Cuts 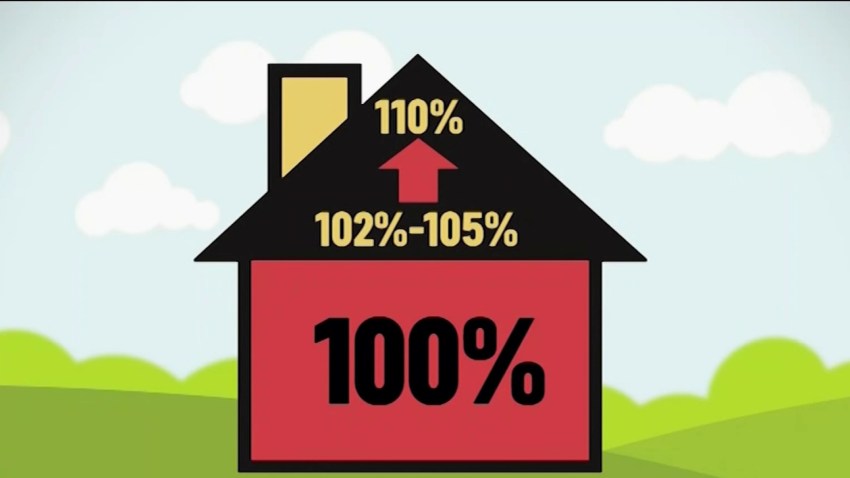 Bolling represents the establishment in this race. He is the lieutenant governor for Gov. Bob McDonnell, who has a 53 percent approval rating in the state and is a widely talked about vice-president potential. Bolling is also the chair of Mitt Romney’s Virginia campaign. He is essentially a moderate -- and although he is pro-life, anti-gay marriage and has cast many of the controversial tie-breaker votes in the Virginia Senate this year -- seems far less interested in social issues than Cuccinelli.

Cuccinelli, in contrast, is known as an outspoken, fiery attorney general. He ran for governor, even though in Virginia the ruling party traditionally makes way for the lieutenant governor to run once the governor’s term is over. Cuccinelli has been outspoken against climate change and has been one of the national leaders in the fight against "Obamacare."

Because all of this, the Bolling campaign had hinged on the moderate voters to keep him in the race against one of the most conservative figures in Virginia politics.

But if this poll is any indication, the moderates are going for Cuccinelli. Bolling holds the same 15 percent among self-identified conservatives and moderates (although less moderates support Cuccinelli than conservatives)

The National Journal’s take on the poll:

The poll does suggest Democrats are less ardent in their opposition to Bolling (27 approve, 28 disapprove) than they are to Cuccinelli (28/45) while independents give Bolling a better spread too.

Overall, these numbers suggest that Bolling may want to reconsider his blanket opposition to the state Republican Party holding a nominating convention instead of a primary if his name identification and positive numbers do not rise dramatically before next year.

Conventional wisdom dictates that Cuccinelli's supporters are more likely to sign up and attend a convention than Bolling's. The poll numbers suggest Bolling would be a heavy underdog in a primary, but he can hold out hope that his showing among more likely voters will increase over time.

Party activists are set to reconsider the idea during a June 15 committee meeting after previously voting for a primary last year.

Kaine has 44 percent of voters' support compared to Allen’s 43 percent. The 1 percent difference is within the poll’s margin of error.

* Although all the focus has been on the matchup between Kaine and Allen, Allen still has a GOP primary next week that he has to win before he can actually face Kaine in the general election.

Established candidates in other states -- most notably Sen. Dick Lugar -- have unexpectedly been taken down by lesser-known, conservative candidates.

Ryan Nobles of NBC12 out of Richmond gives five reasons why Allen will escape the fate of Lugar and sail to the finish line next week. Among the reasons:

Divide and Conquer: The fatal mistake the conservative/tea party made came early in this primary campaign. They couldn’t come up with one candidate. By facing three other candidates, Allen has successfully split the loyalty of a small, but active group of voters that would have to be together in order to be successful. Del. Bob Marshall is a hero with social conservatives. Former Tea Party leader Jamie Radtke is popular with the libertarian, fiscally conservative wing (although she is socially conservative herself). Bishop E.W. Jackson is a talented speaker and is able to excite a crowd, but by battling two other challengers, he has been unable to gain any traction.

* D.C. Council Chairman Kwame Brown called a news conference Tuesday afternoon following the D.C. Council session and said he does not plan to resign despite the federal probe into his 2008 election campaign.

* About 50 Occupy protestors gathered outside a NE D.C. home to try and prevent a D.C. woman from getting evicted.

The protests were unsuccessful, and DCist reports that following an hour long rally on the front steps, U.S. Marshal officers began pulling the protesters down along with a makeshift barrier that had been erected to block the house's front door.

"They were pulling and grabbing and carrying people," said Melissa McByrne, one of the organizers of Occupy Our Homes, an Occupy D.C. effort that seeks to prevent evictions caused by bank foreclosures. The tactic, when employed, has also been Occupy D.C.'s highest-profile activity since the economic protest movement was largely removed from its McPherson Square base camp in February.

With a planned 4,750 slot machines and electronic table games, a half-dozen restaurants and a live music venue, the casino in Anne Arundel County will be among the largest in the country. It is located just a few miles from Baltimore Washington International Marshall airport.

A few amenities, including the music venue, are scheduled to open in the fall in a wing still under construction.

The casino will be the third of five authorized locations to open in Maryland, but it is the largest by far. Stretching the length of three football fields, the gaming floor will have more slot machines than the two other sites combined, in Cecil and Worcester counties.