"I put the bad out there with the good. When it comes time to vote, they have a complete picture," said Lee Carter

Virginia Del. Lee Carter wants you to know that he is in the midst of his third divorce, can't hold a job, lobbed homophobic insults when he was young, and may even have explicit photos of himself floating around on the internet.

It's not that the incumbent Democrat wants to lose the election next year; he just wants to get all of the potentially damning information out there before any of his opponents can.

"I think we've moved past the age where folks in politics can pretend that their past doesn't exist,'' Carter, a 31-year-old first-term delegate from Manassas, told The Associated Press in explaining his decision to release the less-appealing aspects of his life in a series of 15 tweets. 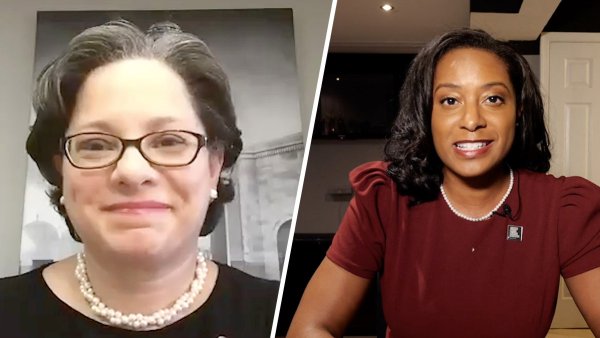 Stephen Farnsworth, a political science professor at the University of Mary Washington, acknowledged that Carter's strategy is unusual but said the approach "might be crazy like a fox."

"In the age of (Brett) Kavanaugh, trying to peddle false or incomplete narratives about one's past appears to be a high-risk strategy,'' said Farnsworth, referring to the Supreme Court justice whose nomination was in the balance after he was publicly accused of sexual assault when he was a high school student more than three decades ago. Kavanaugh vehemently denied the charges and was confirmed.

Carter's approach has the benefit of disclosing everything now, a year away from his re-election, making it ``old news by the time you're in front of the voters again,'' Farnsworth added.

The incumbent, for his part, rejects any comparison between his behavior and the accusations against Kavanaugh; he said nothing in his background is equivalent to the accusations of attempted rape levied against the justice.

Carter, whose admissions range from the trivial to the potentially serious, said he's made no effort to scrub his internet history to hide anything embarrassing.

Among his voluntary confessions: He said that growing up in the South he didn't always have the same revulsion for the Confederate flag that he does now.

And, "Just like everyone else under 35, I'm sure explicit images or video of me exists out there somewhere,'' he said. "I never sent them unsolicited, and never while I was in a relationship. That's just a reality of dating in the smartphone era.''

Carter also said he's a rape survivor. He declined to discuss it any further, however, saying he did not want to name or indirectly identify the woman who he says attacked him when they were in a relationship.

The incumbent also released some details about one of his failed marriages, saying in his tweets that a custody fight for his daughter got ugly, ``to the point where a baseless claim for termination of parental rights was filed against me.''

"I agreed to pay arrearage I didn't actually owe in the settlement because it was cheaper than paying a lawyer,'' he wrote.

Carter, a self-described democratic socialist with an unconventional outlook on politics, was not considered a serious candidate by the political establishment when he ran last year against Republican incumbent Jackson Miller. He received little support from the state Democratic Party, and his campaign largely flew under the radar until Election Day, when a Democratic tidal wave helped carry him to victory.

As a result, he acknowledges his background didn't receive the same scrutiny as most candidates. He expects that to be different in 2019, when he figures he will be a top target of Republicans.

"To all the Republicans who are tasked with following my social media, enjoy that oppo dump,'' Carter wrote in the last of his 15 tweets. "Have fun in 2019.''

As for the reaction he's received, he said there's a generational divide. Older people are shocked he'd willingly disclose embarrassing facts in public, while younger people react with a shrug.

"I put the bad out there with the good,'' he said. "When it comes time to vote, they have a complete picture. They can look at my personal life, my professional life, and make their decision. ... I did this so we can focus on the issues, and the fact that people have messy lives won't be a distraction.''

His expectation is that voters will be more interested in the issues than in his personal life. He says the socialist principles he advocates are popular once people get past the label. The core principle, he said, is that workers, not corporations, should enjoy the benefits of their own labor.

Bill Card, chairman of the Republican Party in Prince William County, said he was surprised by Carter's online admissions.

"In my generation, people don't live out their lives in public to that degree,'' said Card, 65.

But he said he expects that whoever the GOP fields to run against Carter next year will be as eager as Carter is to run on the issues. He does not believe either the socialist tag Carter applies to himself  — or the policies associated with it — will appeal to the electorate.

"A socialist is just a patient communist in my book,'' Card said. "The end goal is the same.''