Courthouse to Be Named After Late US Rep. Elijah Cummings

The city of Baltimore will formally name a courthouse after the late U.S. Rep. Elijah Cummings in the first half of 2020.

Mayor Bernard C. "Jack" Young on Friday unveiled the renderings of the bronze plaques that will be affixed to the building's exterior. One includes an image and biography of the congressman, and the other reads "Elijah E. Cummings Courthouse." 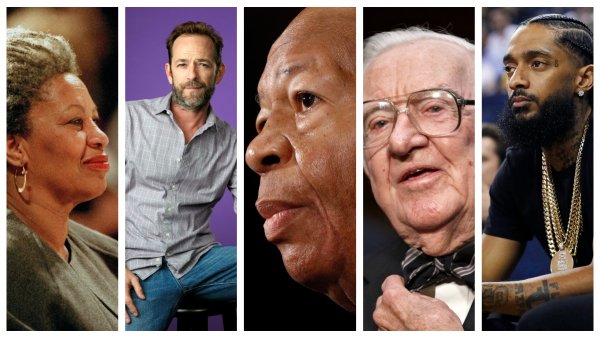 The powerful Democratic congressman and civil rights champion died Oct. 17 at age 68 of complications from longstanding health issues. He had represented Maryland's 7th Congressional District, which encompasses a large portion of Baltimore, since 1996.

Cummings graduated from the University of Maryland School of Law and practiced in Baltimore.

"Elijah was a son of Baltimore. He was proud of Baltimore,'' his widow, Maya Rockeymoore Cummings, said during the unveiling ceremony. "His career as a legal professional started in this courthouse.''

Cummings' career spanned decades in Maryland politics. He rose through the ranks of the Maryland House of Delegates before winning his congressional seat in a special election to replace Kweisi Mfume, who left to lead the NAACP. He was re-elected in 2018 with 76% percent of the vote.

Rockeymoore Cummings, Mfume and several others are now vying for the congressional seat.

Young spokesman James Bentley said the plaques will be installed in the spring or early summer after the city receives approval from the U.S. Department of Interior because the courthouse is a federal building.

Architect Steve Ziger, whose firm designed the signs, said the building was designed as a post office and opened in 1932. It became a courthouse in the 1970s and was listed on the National Register of Historic Places in 1977.