As thousands of campaign staffers and volunteers knocked on doors and made phone calls on their behalf, Republican Bob McDonnell and Democrat R. Creigh Deeds barnstormed church services Sunday morning in their last blitz before Tuesday's governor's election.

Both began their day in Hampton Roads.

Bolstered by a new poll showing a 12-percentage point lead over Deeds, McDonnell addressed a noisy crowd in Chesapeake giddy at the prospect of winning their candidate becoming the first Republican elected governor since 1997. 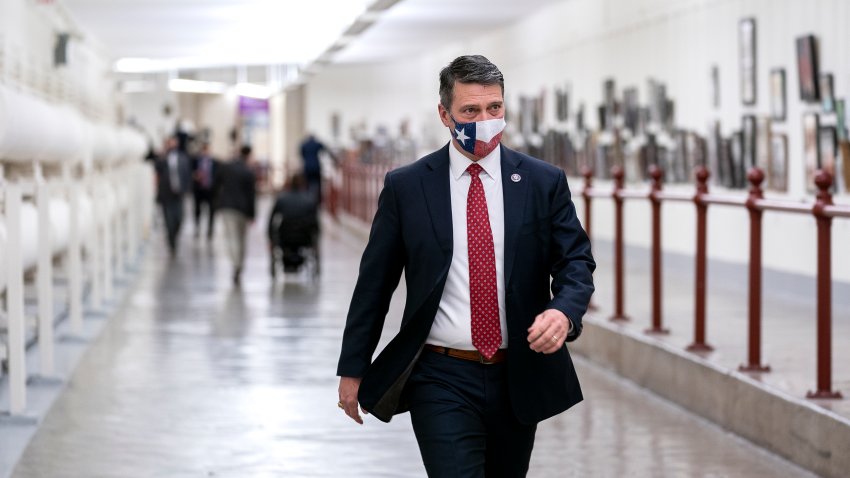 He planned stops later in western Virginia, the Shenandoah Valley and Loudoun County.

Deeds planned to spend most of his day in Hampton Roads, urging activists to turn out large numbers of voters who gave President
Barack Obama a compelling Virginia victory a year ago.

Republicans told the Washington Post that they have embarked on their largest-ever get-out-the-vote program in Virginia, saying that they had called nearly 2.5 million residents since April and knocked on more than half a million doors.

Democrats, who are down in every poll since June and are staging a last-ditch effort to energize voters, told the Post they expect to contact 620,000 Virginians -- most of them voters who registered last year to back Barack Obama's presidential campaign -- 14 times in the final two weeks of the campaign.

Nearly 80,000 absentee votes were cast as of Friday -- an increase of about 4,000 from ballots cast early in 2005, according to the Virginia State Board of Elections.

Those numbers could translate into a higher turnout for this year's contest between McDonnell and Deeds, according to The Washington Times.

Deeds is expected to spend election day voting at his home precinct in Bath County and greeting voters in Charlottesville, before heading to Richmond for an election night party at the Westin Hotel.

McDonnell is also expected to be in Richmond on Nov. 3. Republican National Committee Chairman Michael Steele expects to join him there.