The latest news on the 2020 presidential election
US Postal Service

While the U.S. Postal Service works to improve on-time delivery across the country, a new Senate report shows a slowdown in the capital region and the second-worst on-time delivery in the nation. The latest News4 I-Team postal service experiment shows those planning to mail in their ballots should do so early, especially in Northern Virginia.

The I-Team collaborated with NBC stations mailing hundreds of letters in August, September and October and found the letters with on-time delivery, which the post office describes as arrival within three days, dropped from 88% in August and September to 79% in October.

In the latest test, NBC stations together mailed more than 800 letters around the country and found most of the ones that remained here in the DMV arrived within three days.

"Of all the things I've used the mail for us in the past, any time this year receiving and mailing back my ballot is the most important," said Virginia voter Tim Schick.

He tracked his ballot on the state's website to make sure it arrived at the Fairfax County elections office.

"And that showed that it was received the day after we mailed it, which was a huge relief," Schick said.

"It allows you to see when your mail has been entered into the mail stream and when it's been sorted down and given to the carrier for delivery," said President Dave Lewis.

He was able to see that every letter the I-Team mailed in D.C., Maryland and Virginia was picked up on that same day and postmarked that night. He could also see what happened to 23 letters that did not arrive within three days.

"The final sortation didn't happen, so it didn't get to the carrier," Lewis said.

Lewis said almost all of our mail got to its destination post office but got hung up in the delivery process.

"I think it's something the Post Office needs to pay attention to," said Lewis.

A spokesperson for the U.S. Postal Service told the I-Team, “Without a review of the actual mail pieces and mailing conditions, the Postal Service cannot substantiate that your test represents a reasonable approximation of postal standards as applied to our mail stream, including processing and delivery. National statistics recently released by the Postal Service show that for the week of Oct. 10-16, 85.57% of first-class mail was delivered on time, with 97.81% delivered within two days of the service standard.”

But on Friday, the agency also announced that on-time delivery decreased for first class mail from the week before and said, “The U.S. Postal Service’s general recommendation is that, as a common-sense measure, voters should mail their completed ballot before Election Day, and at least one week prior to their state’s deadline.”

The results of our most recent test are especially relevant in Virginia where ballots postmarked on Election Day must arrive at the elections office by noon on Friday in order to be counted. D.C. and Maryland give their ballots 10 days to arrive.

In the I-Team test, 26 letters sent to Virginia addresses arrived within the two-to-three day standard. However, almost half of the Virginia letters took three days to arrive. Lewis said Virginia's noon requirement on the third day could be a problem for some last-minute mailers. 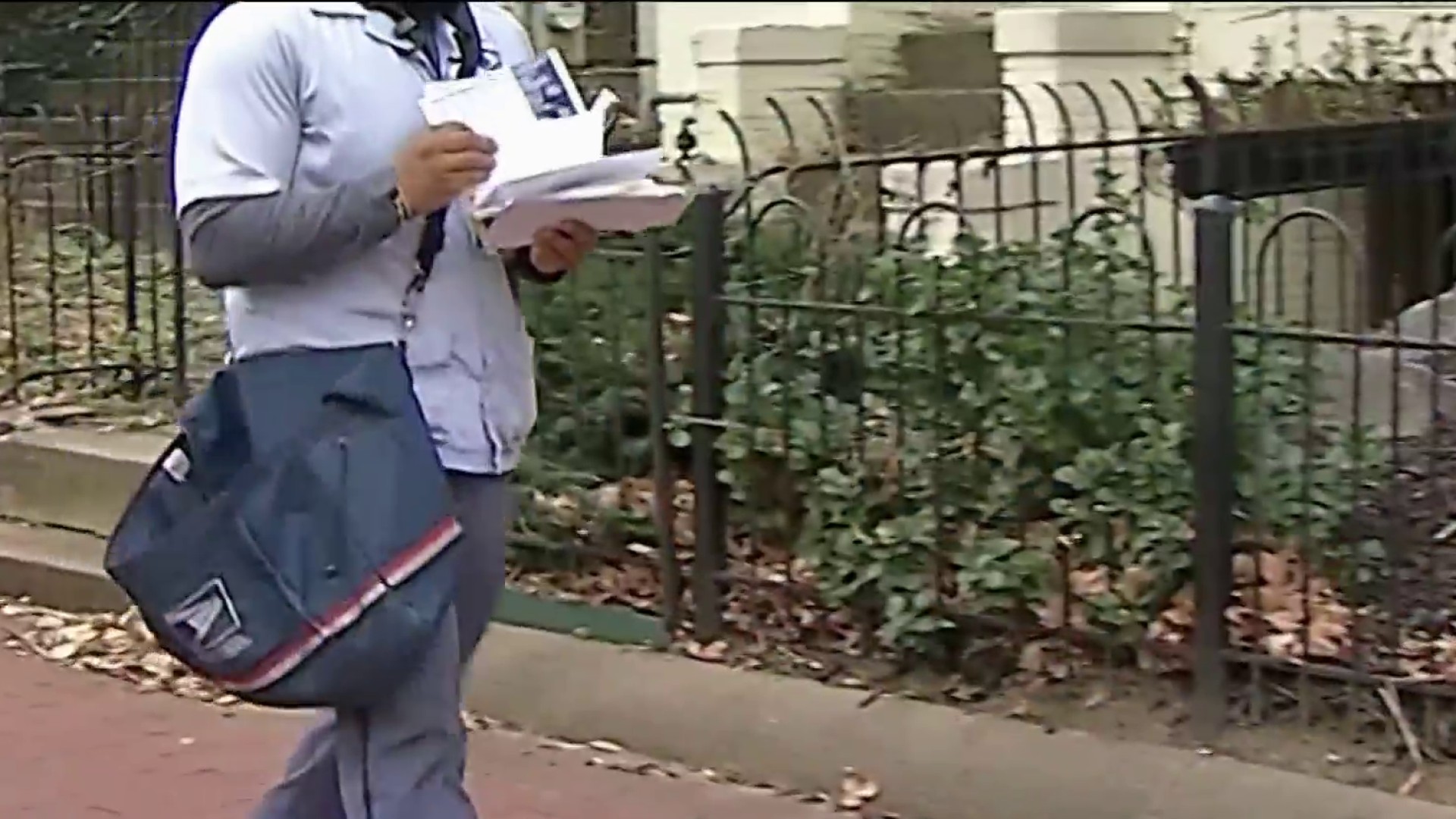 "Yeah, I think it's a risk there.  When they start putting times in, it gets a little challenging," he said.

The I-Team asked Angie Maniglia Turner, head of elections in Alexandria, "If it arrives after that Friday, the mail is slow. Are you out of luck?”

Turner said 75% of the mailed ballots are already back in as of today.

"We always get some received after the election that unfortunately, can't, can't be counted," she said.

Ninety-two percent of the letters sent to Maryland and D.C. addresses arrived within the two-to-three-day standard. One letter sent to Baltimore took 11 days to be delivered.

The American Postal Workers Union said it’s important to point out ballots should fare even better than the letters in our test.

"The mailed ballots are really getting priority treatment, and I think people can be very confident about that," said union President Mark Dimondstein.

He explained workers have been trained to expedite ballots through the process and to make sure they're properly scanned and postmarked, since those are critical for ballots to be accepted after Election Day.

"We have election mail task forces going on in every single area. There's eyes and ears now all day long on the balloting process,” said Dimondstein.

But DMV elections officials told the I-Team late ballots are typically the number one reason for being rejected. That’s why Lewis said you should think of it like mailing your Christmas cards on Christmas Day.

"If it's Election Day, I'd probably look for a drop box,” said Lewis.

The USPS provided a link for additional information about service performance.