Democrats are coming to grips with the fact that whoever is elected, they still have a problem understanding and winning over Trump voters

Their majority shrunk, House Democrats cast blame Thursday on their election message, ground game and leadership under Speaker Nancy Pelosi's team after expectations for big wins came crashing down by a stark reversal in Trump country.

They focused too narrowly on health care, when voters were also worried about the economy.

They failed to fight back when Republicans labeled them “socialists” aligned with the party's most liberal firebrands.

They didn't knock on doors to meet voters, focusing instead on phone calls, digital outreach and TV ads, due to the health risks of campaigning during the pandemic.

They lost Latino votersin some places, and white, working class men in others.

They did not pass more COVID aid through Congress when Americans needed help most.

And perhaps most importantly, Democrats are coming to grips with the fact that whether President Donald Trump is e-elected or defeated by rival Joe Biden, they still have a problem understanding and winning over Trump voters.

Lawmakers unloaded during a caucus call Thursday — Democratic freshman Rep. Abigail Spanberger, in a so-tight race in Virginia, spoke with “passion” about the party's campaign failures, according to a person familiar with the private call and granted anonymity to discuss it.

Voter turnout was impressive for the 2020 election, but how do all those votes break down? NBCLX Storyteller Noah Pransky looked at the trends among young voters, older voters and Black and Latino voters this election - and he found some surprises.

The marathon call ran three hours, with some 30 members adding their views.

No one spoke against Pelosi, who tried to remind them, they did, in fact, win: Biden is on the verge of replacing Trump, and House Democrats are on trackto keep their majority, according to another person familiar with the call and granted anonymity to discuss it.

“We did not win every battle but we did win the war,” Pelosi said.

But there were plenty of complaints to go around — over faulty polling, Republican attack ads — as expectations had been raised sky high for election night gains and that made the setbacks all the more disorienting.

Rather than bolstering their majority, as planned, Democrats lost a handful of freshman lawmakers who had just won in a 2018 midterm election backlash against the president. They also failed to add to their ranks as Republicans defeated one Democratic challenger after another.

Asked what went wrong, one Democratic strategist granted anonymity to frankly run through the list shortcomings, said: “All of the above.”

Money, with the onslaught of campaign cash flowing to Democrats in an anti-Trump revolt, was the one thing on their side. But money alone was not enough.

Key Democrats said the GOP attacks against them as wild-eyed “socialists” are damaging, as are some of the party's most liberal proposals.

They cited the “defund the police” movement that calls for shifting law enforcement resources to social workers and other ways of revolving conflicts. It gained prominence last summer after the police killing of Black people, including George Floyd, sparked a nationwide reckoning on racial injustice. Democrats also were criticized this year as insufficiently supporting Israel because of a liberal proposals helping Palestinians.

“I think that the Democratic party needs to clearly push that we are not supportive of ideas like socialism or defunding the police or anti-Semitism,” said Rep. Stephanie Murphy, D-Fla., a co-chair of the House's centrist Blue Dog Coalition.

Murphy said the House leadership team was putting “lipstick on a pig” by touting the overall election outcome as a success. 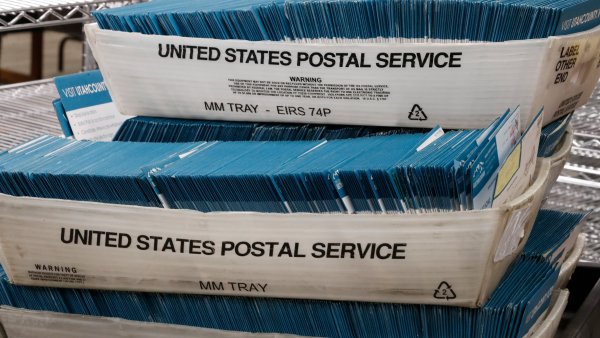 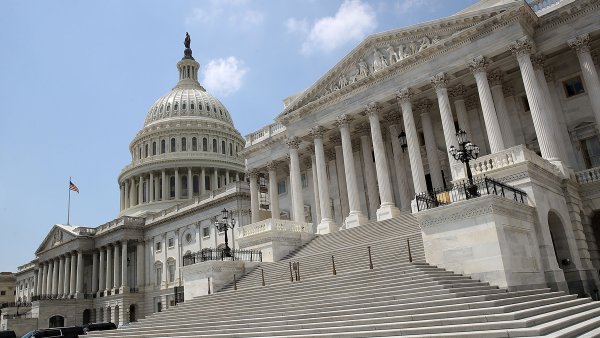 Senate Control Hangs in Balance With a Few Races Undecided

"This playing footsies with socialism is not going to win over most of America," she said. “There’s no amount of lipstick that can cover up the fact that these far left ideas are costing us races.”

But progressive ideas were also defended on the call, said another person granted anonymity to discuss it.

Other Democrats argued it was always going to be difficult to defend the House majority. It was won in 2018 with more women and minority candidates in history, reaching into districts Trump had won in 2016. Holding onto those seats would be tougher once the president was back on the ballot.

In defeating Democrats, Republicans filled many of the seats with more women and minority candidates than ever, after their ranks of both had dwindled to single digit numbers in the House.

Demonstrators gathered in cities across the U.S. on Wednesday over the ongoing vote count in battleground states, but they revealed starkly different concerns over election security.

Democratic freshman Rep. Elissa Slotkin, who won re-election in Michigan, did so with a more narrow margin than she did in 2018.

“With President Trump on the ballot, it just drove enormous turnout that was almost impossible to surmount” in some areas, she said.

Other lawmakers in Oklahoma, New Mexico and South Carolina did not fare as well, and were defeated.

Rep. Tom Emmer, R-Minn., the brash former hockey player, delighted after the GOP wins in reminding people that Democrats laughed when he first rolled out the Republican plan for the election.

Arizona election officials are debunking a claim by Trump supporters that ballots filled out with Sharpie pens are being invalidated.

“Our message from day one was that the Democrats' radical socialist agenda is a threat to middle-class Americans,” he said on Wednesday conference call with reporters.

The Democrats, he said, "should have listened."

Polling was clearly a problem, on all sides, strategists said. Republicans, too, thought they were heading toward losses but instead made gains.

But they also need to learn how to win back the Trump voters they have lost.

“Is there something that we’re missing about these Trump voters? said Rep. Ami Bera, D-Ca., a member of the centrist House New Democrat Coalition. “Because we certainly saw a lot of Trump voters show up.”