The latest news on the 2020 presidential election
Donald Trump

The donations highlight the gulf between Trump's promise to clean up Washington's pay-to-play “swamp,” and the reality of his presidency

Like more than a dozen other big Republican donors, many whose businesses are affected by Trump administration policy, he found a way to gain influence beyond simply writing a check. And, like many of them, he received some form of payback.

Records reviewed by The Associated Press show that donors with private aircraft have provided nearly $600,000 in private flights since July 2019 to Trump Victory, the president's big-dollar fundraising committee led by Kimberly Guilfoyle, a former Fox News star who is dating Donald Trump Jr. 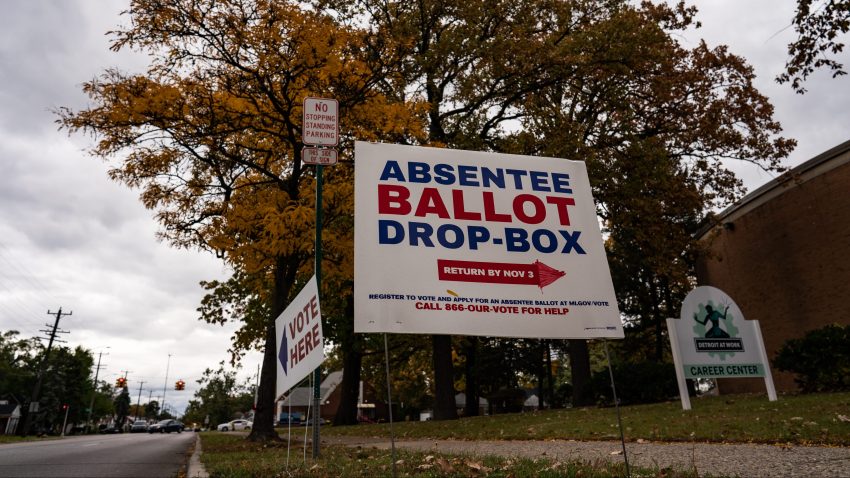 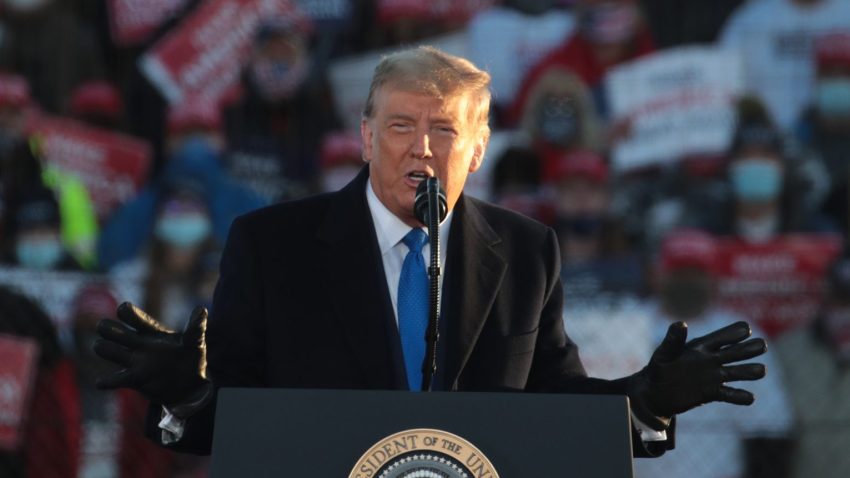 The donations highlight the gulf between Trump's promise to clean up Washington's pay-to-play “swamp,” and the reality of his presidency.

While there is rarely a straight line between a donation and a desired result, the flight arrangements offered donors a valuable opportunity to interact with campaign officials. Some donors were recipients of government contracts. Others stood to benefit from regulatory changes or were awaiting a favor, like the clearing of Pogue's father’s name.

“He turned ‘the swamp’ into a gold-plated hot tub without a drain,” said Anthony Scaramucci, a Wall Street financier and former Trump fundraiser, who briefly served as White House communications director before being ousted.

Lobbyists, political groups and foreign governments have also racked up massive bills at his Washington hotel to curry favor. Taxpayers have shelled out an estimated $100 million from Trump's own stays at his resorts, according to a recent report by the government watchdog group Citizens for Responsibility and Ethics in Washington. And his administration has worked closely with industry groups, many of whom are major donors, to change regulations, which can yield millions in corporate profits.

Some donors provided relatively modest flight service, while others contributed tens of thousands of dollars in air time. The flights were often recorded as “in kind” contributions. In other cases, Trump Victory footed the bill, as required under election law.

Guilfoyle has drawn past scrutiny over her preference for flying private. It's unusual for campaign aides not traveling with the politician they work for to do so because the flights are expensive.

The Trump campaign said it paid market rates and that the jets were used to transport prominent surrogates, but campaign officials declined to say who was aboard. They did not make Guilfoyle available for an interview.

"The president’s supporters are willing to run through a brick wall for him, and any assistance with travel is merely a reflection of that enthusiasm and dedication to his reelection efforts,” spokeswoman Samantha Zager said.

For relatives of Paul Pogue, the value was highly personal. The family mounted an aggressive campaign to secure a presidential pardon after he pleaded guilty to filing false tax returns in 2010 and was sentenced to three years of probation.

Ben Pogue donated more than $385,000 to Trump’s reelection effort, more than $100,000 of which came in the form of private jet travel for Trump Victory, records show. The younger Pogue has a Gulfstream IV jet. A used version of the aircraft sells as much as $6.5 million.

Pogue did not respond to a request for comment left with his business.

Colorado-based oil and gas magnate Alex Cranberg similarly offered use of his French-made Dassault Falcon 900 EX to the campaign.

Once he became energy secretary, Perry used his influence to help a company owned by Cranberg win a huge gas exploration contract from the Ukrainian government. At an energy industry roundtable in Kyiv in November 2018, Perry touted the company.

“You know, Alex Cranberg, who has been in this business a long time, can attest to this probably as well as anyone sitting around the table, that we have the potential to change the world,” Perry said, according to a transcript released by the U.S. Embassy.

Perry’s interactions with Ukrainian officials came under intense scrutiny after the disclosure that Trump held up military aid to Ukraine as his personal lawyer Rudy Giuliani pushed President Volodymyr Zelenskiy’s government to open an investigation into Democratic presidential rival Joe Biden and his son Hunter's business dealings in the former Soviet-bloc country.

In a statement, Cranberg said he “scrupulously” follows the law and makes donations "based on issues, not favors.”

Florida disaster cleanup contractor Randall Perkins, who ran for Congress as a Democrat in 2016, is another major Trump donor who offered the use of a jet.

Perkins initially supported Hillary Clinton. But he has since donated more than $725,000 to campaign committees supporting the president’s reelection, disclosures show.

Trump Victory made a nearly $10,000 payment for flights to a Florida limited liability company that has the same address as AshBritt Environmental, Perkins' cleanup business.

The company has drawn repeated scrutiny for billing the Federal Emergency Management Agency at rates far above market rates, which came to light during cleanup from Florida hurricanes in 2004, records show.

Since Trump took office, Ashbritt's federal contracting has expanded, including contracts worth up to $1.7 billion, federal spending data shows.

Perkins did not respond to a request for comment.

Others who have provided jet use to Trump Victory include:

— James and Deanna Bodenstedt, who own Muy! Brands, a major franchisee of fast food restaurants. The couple, who have donated over $1 million to Trump's election efforts, were paid $36,000 in March for providing flights. Weeks later, Muy! Brands and its subsidiaries were among the first companies to be awarded coronavirus relief aid, collecting between $16 million and $37 million in forgivable loans, government data shows.

— Syed Javaid Anwar, an oil and gas magnate from Texas who in recent years has emerged as a major Republican donor. Anwar, who founded Midland Energy Inc., and his wife have given roughly $1.5 million to Trump. That includes $47,000 in donated air time, as well as an additional $46,000 in flights the campaign paid for.

— At least $47,000 in flights from other energy sector interests that have donated hundreds of thousands of dollars to the Trump effort while seeking regulatory relief from his administration.

Campaign finance experts caution that Trump's operation could be blocking additional flights from disclosure, including whether the campaign paid a fair market rate, as required by law.

Trump’s political organization has also obscured more than $360 million in spending by routing money to companies controlled by campaign operatives, who act as middlemen to dole out payments to vendors. The arrangement satisfies basic reporting requirements, but it shields the identities of the ultimate recipients and is the subject of a complaint pending before the Federal Election Commission.

The campaign says that — unlike other forms of spending — it has disclosed all flight payments.