The latest news on the 2020 presidential election
election

Activists in the nation's capital are banding together for Election Day, pooling resources, running training sessions for demonstrators, forming rapid-reaction teams and organizing events that are expected to draw large crowds.

A collection of groups led by Black Lives Matter and Shutdown DC plan an eight-hour event at Black Lives Matter Plaza, one block from the White House. It will include a giant screen showing election results, DJs and performances by bands playing Washington’s signature go-go music.

Robin Bell, a local activist who gained international notoriety for projecting sarcastic messages onto the side of Washington’s Trump International Hotel, will have two projections going in different parts of Washington.

Cities around the nation are bracing for election-related unrest as activists get ready for what could be weeks of sustained street actions, depending on how the vote count goes and how President Donald Trump acts after his repeated refusals to say whether he will accept the results.

The preparations have brought together a diverse constellation of groups, some decades old and others formed this past summer in the wake of George Floyd's death. Hope Neyer, an organizer with Shutdown DC, said young activists like herself have been able to tap into the experience of “people that have been organizing for longer than I’ve been alive.”

Her group was rehearsing “election meltdown simulations” that include indefinitely occupying certain public spaces and rushing to intervene in attempts to intimidate voters at polling places or seize ballots.

A recent training session for demonstrators led by BLM emphasized personal safety: Enter a protest with a trusted crew of friends; always look for a safe exit route; be aware of whether you’re standing on public, private or federal land; and know your rights in each case; drink plenty of water. 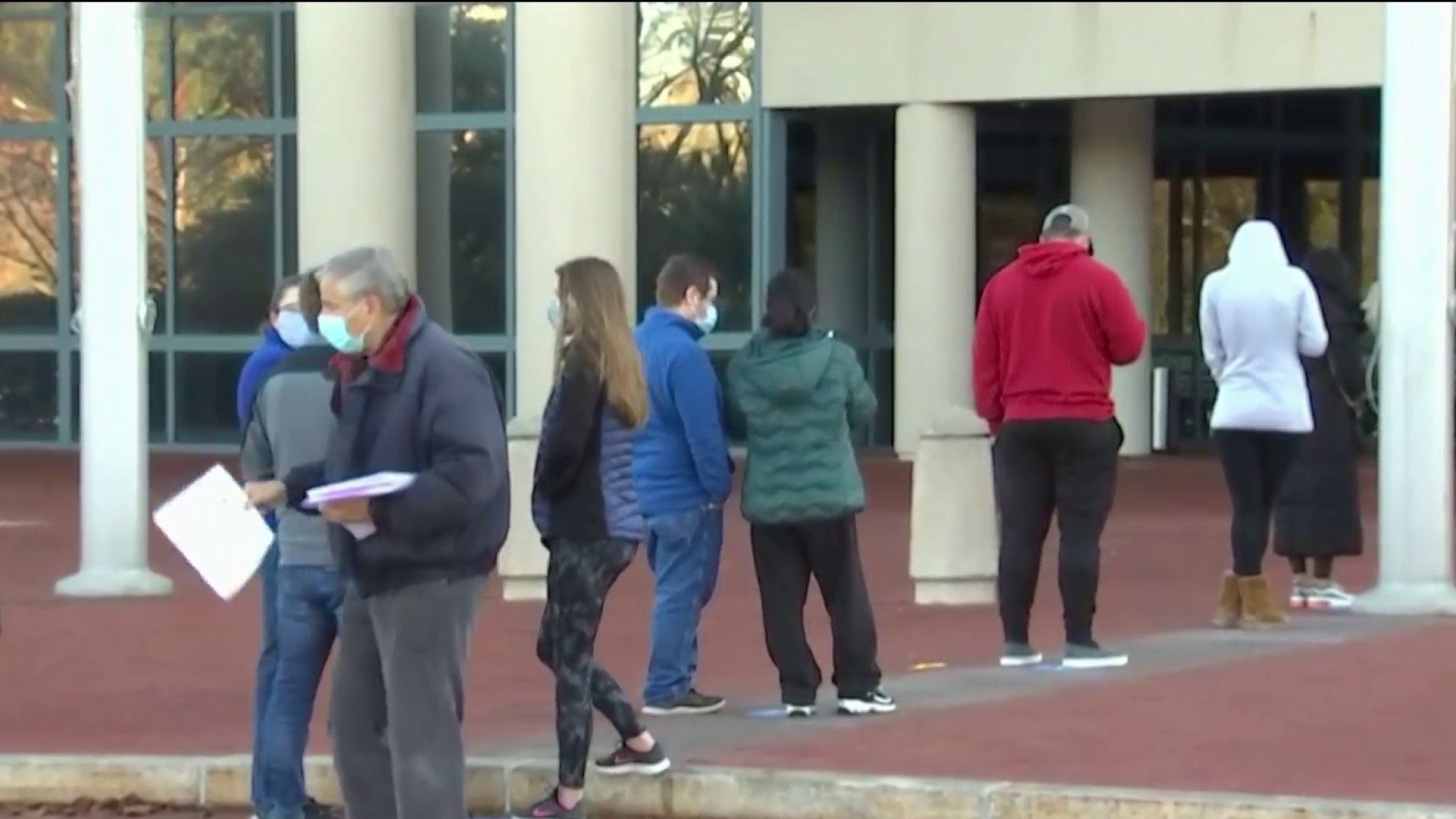 One slide advised participants that if a protestor is physically attacked, other demonstrators should “totally surround person being attacked and absorb them back into the crowd.”

Maintaining communication is a high priority, with many activists fearing that Facebook and Twitter might shut down and embracing encrypted messaging apps such as Signal and Telegram.

Organizers are also preparing rapid-reaction forces to respond to a variety of scenarios ranging from an extended Supreme Court standoff to Trump declaring victory despite official results and summoning supporters and militias to the capital.

“Everyone is focused on Nov. 3 and mobilizing for that,” said Bethlehem Yirga of the Palm Collective, a racial justice group that formed over the summer. “We’re preparing as many people as possible.”

Downtown businesses are already boarding up their windows in anticipation, and Police Chief Peter Newsham promised Thursday that his entire department would be working on Election Day. In Washington, dozens of overlapping law enforcement agencies control certain landmarks and public spaces.

Police officials have restricted the days officers can take off around the election and have spent tens of thousands of dollars on chemical irritants and other less-than-lethal riot-control munitions after much of the agency’s stockpile was depleted this summer.

Mayor Muriel Bowser said she had not decided whether to use National Guard troops for election-related violence, though some troops still remain activated amid the coronavirus pandemic.

Newsham said there were no “credible threats right now of violence,” but said a number of groups had applied for permits to conduct large demonstrations.

“We ask people if they’re going to come, we welcome people to come here to the District of Columbia to exercise their First Amendment rights, but we are not going to tolerate violence or unrest,” he said.

Demonstrators are gearing up for potential violence, especially after June, when Trump used federal law enforcement to clear the plaza outside the White House that had been filled with peaceful protesters.

“The police are readying for battle. We should be very clear about that,” April Goggans, a core organizer with the local Black Lives Matter affiliate, said during an Oct. 26 online training session.

Organizer Nadine Bloch has been conducting training sessions (mostly on Zoom but a few socially distanced live ones) for everyone from passionate young street protestors to federal employees seeking methods of professional civil disobedience. Bloch, whose experience dates back to captaining a ship for Greenpeace in the 1990s seeking to disrupt French nuclear tests, champions a particular school of creative, often performative, resistance that has influenced a generation of local activists.

At the moment, Bloch said her training priorities are “street smarts and street safety” as well as maintaining public unity. She said marches are “easily ignored,” while long-term occupations can be a tremendous drain on resources. She counsels groups not to waste time and energy “arguing about different tactics.”

Local artists are capturing the emotion of this extraordinary time in history. Their canvas is the plywood covering damaged or closed businesses in downtown D.C. News4's Jackie Bensen reports on the murals and artists who have captured our city's attention.

Bloch's organization, Beautiful Trouble, has set up a “resistance hotline” for groups seeking support. She said “two-thirds of the work should happen before” the actual protest. She believes local activists stand ready to “completely interrupt ordinary life, if that's what we need to do.”

For now, the greatest challenge for some is simply remaining calm amid all the apocalyptic predictions.

“We're just trying to stay as level-headed as possible,” Bell said. “The dream scenario is that we all over-prepared, but at least we're ready.”