Democrats had hoped this would be the year when their strength among Latino voters would translate into victories in Florida and Texas, a game-changer that would reshape presidential politics

President Donald Trump and his Republican allies made significant inroads with Latino voters in Tuesday’s election, alarming some Democrats who warned that immigration politics alone was not enough to hold their edge with the nation’s largest minority group.

A GOP win in a heavily Latino New Mexico congressional district suggested a surge of Republican-leaning support there. And even in Nevada, where Democrats' strength among Latinos had powered the party to dominance, there were some signs of new Trump support among Latinos frustrated at the economic toll of coronavirus-related shutdowns. Democrat Joe Biden and Trump were still locked in a tight race there as officials counted the vote.

Democrats had hoped this would be the year when their strength among Latino voters would translate into victories in Florida and Texas, a game-changer that would reshape presidential politics. But Trump's margins dashed those hopes and prompted debate on whether the party was taking Latino voters' support for granted. 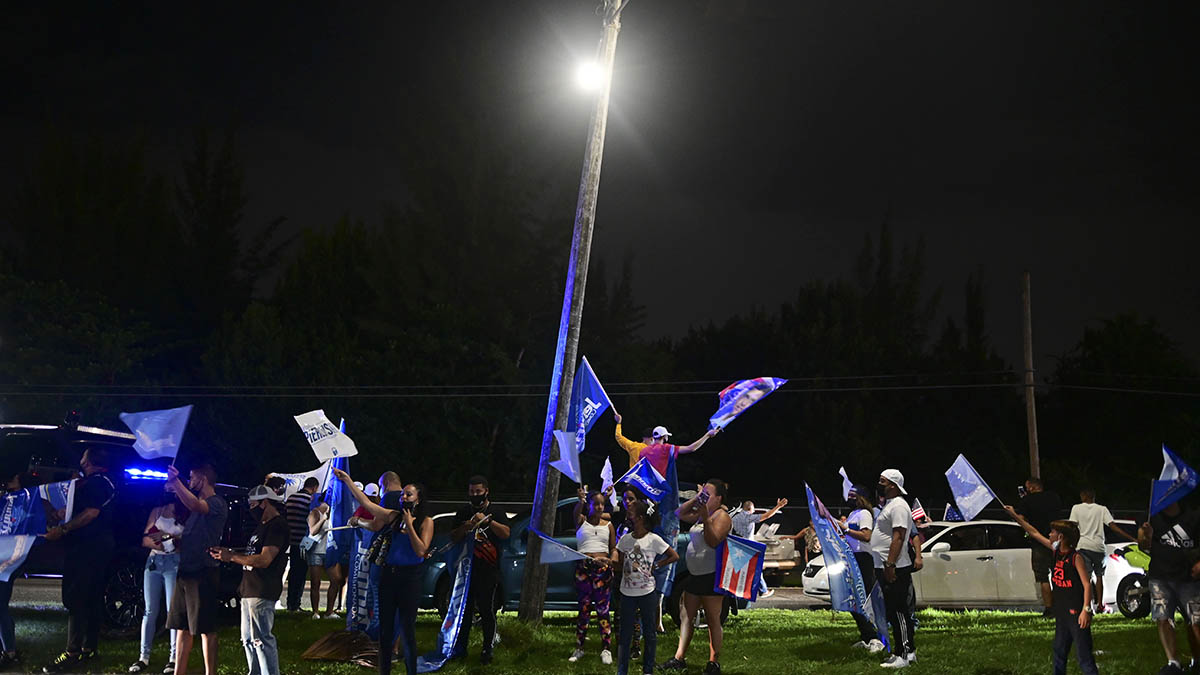 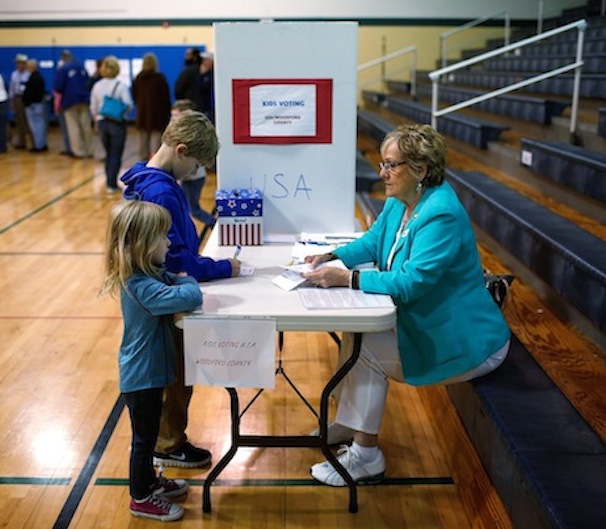 “It was tighter than all of us wanted,” said Chuck Rocha, a former strategist for Vermont Sen. Bernie Sanders, whose presidential campaign dominated with Latino voters during the Democratic primary. “Until we start treating Latinos as a diverse and not monolithic group, Democrats are going to lose more and more of them.”

The overwhelming majority of Trump's support comes from white voters, not Latinos, who remained heavily Democratic. But even small shifts in a population can have huge repercussions in an almost evenly divided country.

Biden still won a sizable majority of Latino voters — 63% nationwide, compared to Trump's 35%, according to AP VoteCast, a massive survey of the electorate. But Trump was able to shave that margin somewhat in some competitive states, like Florida and Nevada.

Trump's appeal to Latino voters is no surprise to veteran political observers in those states. Trump's emphasis on jobs and economic growth got the attention of at least some in a group of voters that has been disproportionately hit by the pandemic and ensuing plunge in business.

Voter turnout was impressive for the 2020 election, but how do all those votes break down? NBCLX Storyteller Noah Pransky looked at the trends among young voters, older voters and Black and Latino voters this election - and he found some surprises.

In Nevada, where tourism is the economic engine, about half of all Latino voters said they thought casinos should be open as usual or with just minor restrictions during the pandemic, AP VoteCast found. Forty-one percent said they approved of the way Trump has handled the public health crisis, compared with 34% of Latinos nationally.

“The emerging Latino vote is going to have some deeply populist economic tendencies,” said Mike Madrid, a California-based strategist and former Republican who is part of the anti-Trump Lincoln Project. “They're not listening to the vulgarity; they're not on Twitter. They just want to go and do their jobs.”

VoteCast data shows the wide range of views among Latinos. About a quarter identify as conservative ideologically, roughly 4 in 10 favor building a wall at the U.S.-Mexico border and roughly that many say they want abortion illegal in all or most circumstances. About half of self-identified Protestants and Christians backed Trump, while roughly one-third of Roman Catholics did.

A group of young Republicans who call themselves Gen Z GOP are aiming to reshape the party for their generation. These Washington, D.C., college students all identify as Republican. They don’t, however, feel like they’re at home in the GOP under President Trump. Here's how they're trying to change that.

Maria Peiro, 47, a third grade teacher who lives in Miami’s Little Havana and volunteered with the Trump campaign, said she saw the Republican Party attract more Cuban American voters who have arrived in the U.S. since the late 1990s and were previously not interested in politics.

“We have seen a huge change. It’s no longer just the Cubans who arrived after the 1959 revolution,” Peiro said, adding that the shift was dramatic over the summer after racial justice protests erupted around the country. Peiro said she believes Democrats “were not supporting the police" and was troubled by acts of vandalism and violence.

“We didn’t come to this country for this. We came here to live in peace,” she said.

Geraldo Cadava, a Northwestern University Latino studies professor and author of “The Hispanic Republican,” said Democrats need to pay attention to voters like Peiro. “It’s not just about Biden needing to do more and earlier,” Cadava said. “The argument just underestimates the political agency of Latinos. People need to start listening to Republican Latinos instead of just calling them traitors.”

Latino turnout for Joe Biden was weaker than Democrats hoped on Election Day. Ferox Strategies CEO Cristina Antelo doesn’t think the Democratic Party did enough to win the Latinx community in states like Texas and Florida, and explains how the party should revamp its approach moving forward.

Trump also made huge gains in heavily Latino areas along the South Texas border. He won sparsely populated Zapata County, south of Laredo, after losing it by a 2-to-1 margin to Hillary Clinton four years ago. And he closed the gap in larger counties that cover the border cities of Laredo, McAllen and Brownsville, adding tens of thousands of votes in parts of the state that have long been considered a Democratic stronghold.

McAllen and Brownsville are part of the Rio Grande Valley, a region that was ravaged this summer by COVID-19 with hospitals surging past capacity and requiring the airlifting of some patients to other parts of the state. The Rio Grande Valley was also directly affected by Trump administration policies on immigration, including the construction of a border wall and a policy that separated migrant children from their parents in 2017 and 2018.

With the wall and bolstered Border Patrol staffing, Trump has helped expand employment in the area.

Rocha noted that campaigns spent relatively little money trying to reach voters in the remote region. He said his analysis found that Latino support for Biden held firm in the state's more populous areas, where they were exposed to Democratic messaging trying to sway big cities, but not in the Valley.

“There was nobody talking to them in the election,” Rocha said. “Until we change those mathematics, Texas isn't going to turn blue.”

Even in places like Nevada, where a growing Latino population helped transform the state into a Democratic-leaning battleground, there was anxiety among Democrats that they were losing ground.

The state has been heavily hit by the pandemic. The main Democratic turnout machine, a casino workers union that represented 60,000 Las Vegas casino workers, was decimated when the tourism industry shuttered in the spring and struggled to return to full business.

In a state where Democrats need to spend time having face-to-face conversations with new voters to boost turnout, the party's shutdown of in-person canvassing because of the pandemic was crippling.

“If you want to be effective in the Latino community, you have to be going to the places they're gathering,” said Nevada state Rep. Edgar Flores, a Democrat. “Early on the energy and the strategy may not have been hitting their mark.”

Still, Flores was confident that, as the state slowly counts its mail ballots, Latino support will eventually put it in Biden's column. “At the end of the day, the divisive politics, the overwhelming attacks on immigrants” will make the difference, he predicted.