The proposals come as the GOP remains divided by Trump's lies

As Donald Trump made false allegations about voting fraud and tried to overturn the will of the people in last year's election, one of his chief allies was conspicuously silent. The Honest Elections Project, a leading advocate for more restrictive voting laws, stayed away from Trump's doomed effort.

But now the group founded by conservative activist and informal Trump adviser Leonard Leo, is re-joining the debate with a new set of recommendations likely to guide GOP lawmakers as they overhaul voting systems. The suggestions range from ones that are likely to be embraced by Democrats and voting rights groups — allowing election offices to start processing mail ballots weeks before Election Day — to ones likely to spark fierce opposition, such as mandatory voter identification for both mail and in-person voting, and creation of a secure system that would link an absentee ballot to its voter.

The proposals come as the GOP remains divided by Trump's false claims. Republicans are wrestling with how far to go in overhauling voting laws without embracing Trump's conspiracy theories or damaging Republicans' political prospects. Honest Elections' push is essentially an establishment Republican answer to some of those questions.

“There is much more to the election reform push than what happened after the November election,” said Jason Snead, the group's executive director.

Four first-time voters who just became U.S. citizens share how they’re feeling ahead of the November election. “It’s the least that I could do for this country,” said Ashley Lagat, a New York nurse who came to the U.S. from the Philippines when she was 20.

Snead argued that the proposals are critical to restore what he says is a sliding confidence in the country's voting system.

“A lot of voters on both sides are primed to view the credibility of elections through a partisan lens. They tend to view the validity of an election through its outcomes,” Snead said. “We've learned a lot of lessons and we should be doing what we can to tighten up the process.”

But Snead made a point to separate his group from the post-election efforts — launched by Trump but embraced by many GOP groups and lawmakers — to reverse the outcome of the presidential vote.

The Honest Elections Project was created in early 2020 to advocate for greater controls on elections. The group has drawn scrutiny in part because of Leo's influence in conservative legal circles. As co-chairman of the Federalist Society, Leo helped spearhead the effort to appoint conservative judges to the federal courts.

The group does not disclose its donors and there will be no public reporting of how it spends its money until later this year, at the earliest.

Formerly incarcerated Americans from across the country share what it means to be voting in a presidential election for the first time this year. Some are voting for the first time because they just completed their sentences—others because their state recently signed legislation that allows them to vote.

Last year, Honest Elections was part of the GOP legal strategy to fight voting changes, many of which were aimed at making voting easier during the pandemic. It sued Michigan, forcing the state to clean up its list of registered voters, and blocked a settlement easing absentee voting rules in Minnesota.

But the group, along with some other GOP legal and election policy experts, stayed away from Trump's insistence the election had been stolen from him. Repeated audits and reviews turned up no significant-scale fraud in the election and Trump and his allies lost more than 50 court cases trying to prove it.

“We looked very carefully at all the allegations that were coming out after the election,” Snead said. “We concluded, as did a lot of other folks, that there was no evidence of widespread fraud.”

The false claim of fraud drove Trump's supporters' assault on the U.S. Capitol on Jan. 6. It's still an animating force for the conservative movement, as shown by last week's Conservative Political Action Conference in Florida, where Trump falsely claimed that illegal immigrants and dead people voted and the crowd chanted “You won!” 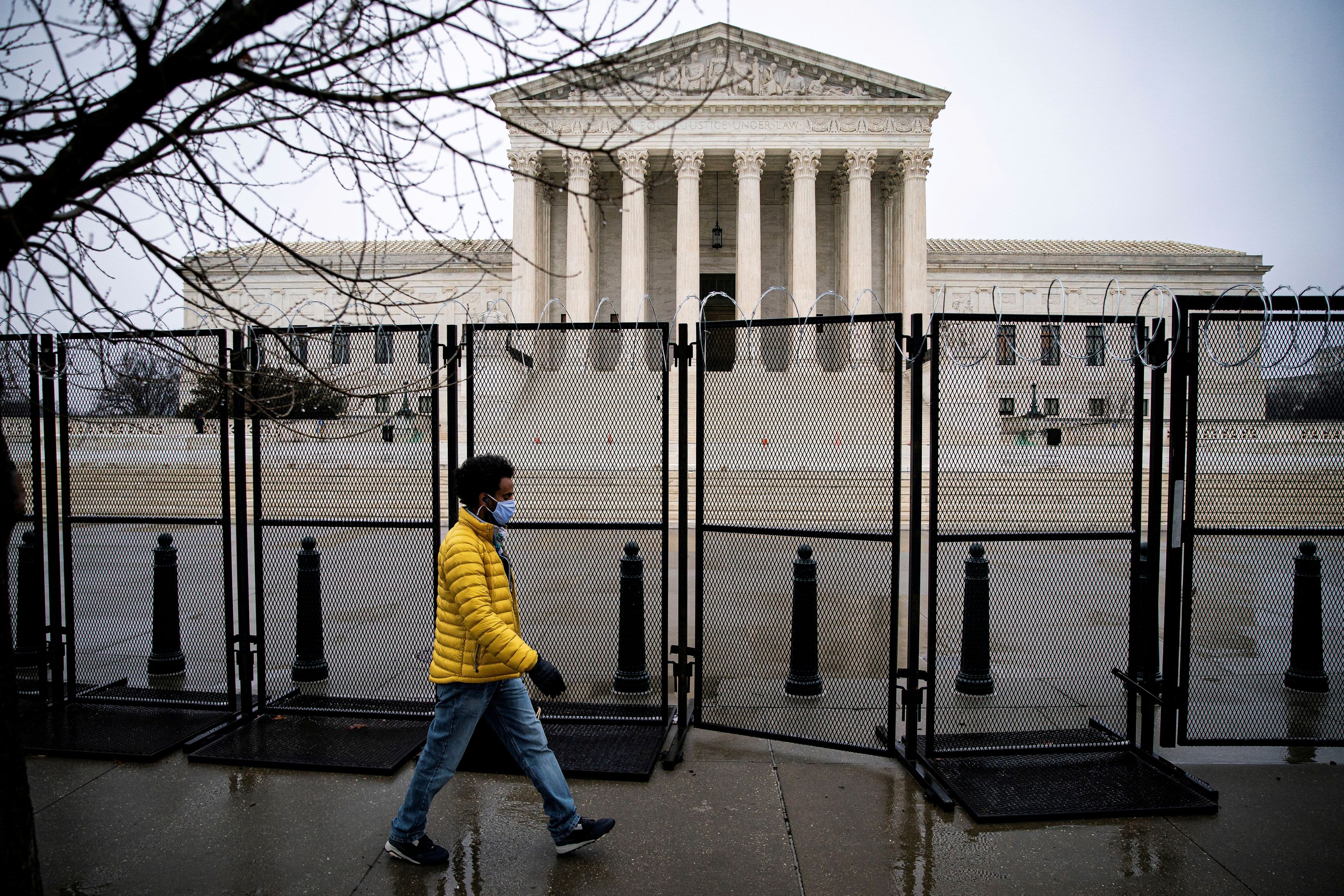 It's also driven Republican-controlled states to increase barriers to voting. In Iowa, the legislature has voted to cut absentee and in-person early voting and prevent local elections officials from setting up additional locations to make early voting easier. In Georgia, the House on Monday voted for a law to require identification to vote by mail and allow counties to cancel early in-person voting on Sundays, when many Black voters cast ballots after church.

Snead says his group hasn't weighed in on these proposals because it was busy researching its own recommendations. Among them are ones that would likely find bipartisan support, such as extending the time when election offices can perform the time-consuming work of opening and sorting mail ballots to ready them for election night counting. The failure of key swing states to permit this led to prolonged vote counts that Trump used to falsely claim fraud was occurring.

Other recommendations will find resistance, such as requiring a photo identification to vote by mail or pausing voter registration 30 days before Election Day. Perhaps the most significant recommendation is to create a system enabling election offices to tie a mail ballot back to the envelope in which it was submitted. Trump demanded that election officials do that, but they were unable to do so because it would have violated the secrecy of the ballot.

Snead said that to preserve the principle of a secret ballot, election offices should use data randomization to keep voters' identities anonymous during ballot counting.

Honest Elections is only one of several conservative groups unveiling election recommendations. The Republican State Leadership Committee and Heritage Foundation have also issued suggestions for voting changes. Democrats, meanwhile, are pushing HR1, a congressional bill that would make sweeping changes to the entire electoral system, requiring state to allow mail-in voting, letting people without identification vote if they sign a sworn statement, and permitting citizens to register to vote right up until Election Day.