President Joe Biden’s “build back better” agenda is poised to be the most far-reaching federal investment since FDR’s New Deal or LBJ’s Great Society — a prodigious effort to tax the rich and shift money into projects and programs touching the lives of nearly every American.

The thousands of pages being drafted and debated in Congress are the template for grand ambitions of the Biden agenda, a full funding of Democratic orthodoxy. The plan envisions the government shoring up U.S. households, setting industrial policy to tackle climate change and confronting the gaping income inequality that was laid bare by the COVID-19 crisis.

As the contours of the $3.5 trillion package come into focus, an undertaking on par with those earlier landmark bills, Americans will have to assess: Is this what they signed up for when Biden won the White House?

Lawmakers on the front lines are about to find out.

“We’re not perfect,” he said in a conference call Wednesday about the party and its goals, “but we’re responsible adults, and we’re here to fix problems.” 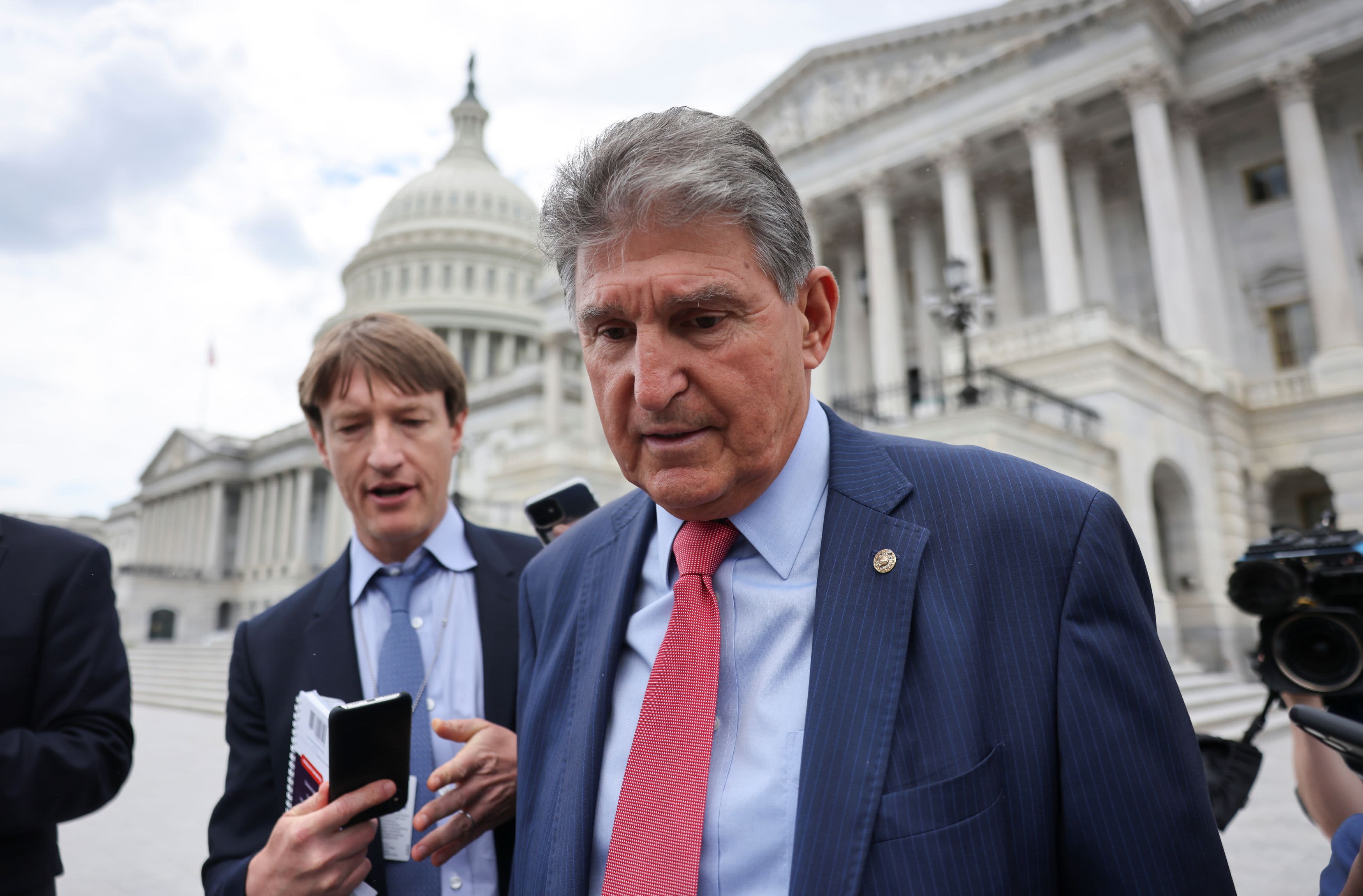 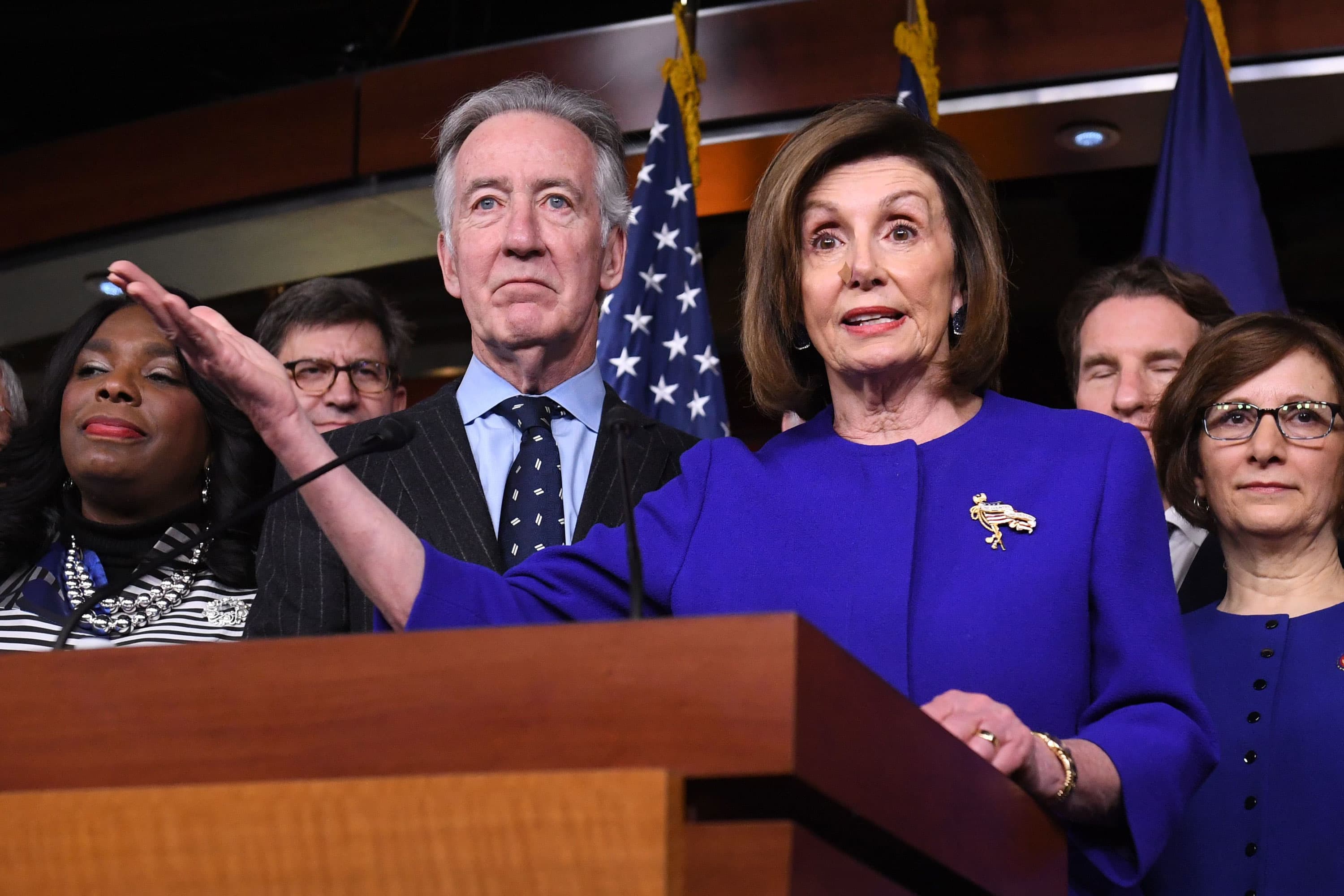 House Democrats Propose New Tax Hikes to Pay for Their $3.5 Trillion Bill: Here Are the Details

Republicans fundamentally disagree, attempting to label the Biden agenda as “far left” and “socialism" that they will fiercely oppose.

If Biden can pass his plan, it will become a central referendum in the midterm elections in 2022 on whether voters embrace the vision put forth by Democrats who control the White House and Congress.

Among the Democrats' goals are priorities like universal child care and lower prescription drug prices that have been elusive for decades.

Republicans have largely sidelined themselves from the debate, other than to say they are a hard “no” on Biden's priorities. Democrats are relying on a budget process that will enable them to pass or fail with their votes alone, resulting in bruising internal party debate between centrists and liberals.

The Democratic differences may yet doom Biden’s project. Biden was meeting separately Wednesday at the White Housewith key centrist holdouts, Sen. Joe Manchin of West Virginia and Sen. Kyrsten Sinema of Arizona, who want to lower the price-tag substantially. Meanwhile, the House was almost forced to halt deliberations as centrists objected to new restrictions on pharmaceutical company drug pricing.

Still, Democrats appear determined not to let this moment slip. Even with their majority at risk, they appear poised to push the package to passage.

“Democrats see that we have a once-in-a-generation opportunity to head this country in a better direction,” said Sen. Elizabeth Warren, D-Mass., after an intense private meeting of Democrats this week.

“People talk about how big this package is, it's big because we have under-invested for so long,” she said.

For all its scope, many of the tax and spending policies are not necessarily new, or even that revolutionary.

The tax provisionslargely push top rates back to where they were before the 2017 GOP tax cuts, and the spending expands on popular safety net programs — for example, adding dental, vision and hearing aid benefits for seniors on Medicare.

The top tax rate bumps up to 39.6% on households earning more than $400,000, or $450,000 for married couples, before then President Donald Trump and the GOP-controlled Congress lowered the top rate to 37%.

For corporations, the proposed 26.5% rate would be an increase from today's 21%, but not as high as the 28% it had been before the GOP tax cuts.

There would be a tax on wealthier Americans — 3% on earnings above $5 million a year -- but so far the House has refrained from imposing a billionaires or wealth tax as the Senate is considering, mindful as Republicans pile on complaints that Democrats are sliding toward European-styled socialism.

“The demonization of prosperity is unwise,” said Republican Rep. Adrian Smith of Nebraska, during Wednesday's session at the tax-writing Ways & Means Committee.

On the spending side, the bill would mostly expand on existing programs — continuing a COVID-19 increase in subsidies for people who buy their own health insurance and boosting funding for states to make community colleges free and for Pell Grants to make university tuitions more affordable.

As the coronavirus forced millions of parents, particularly women, out of the workforce to care for children and elderly adults, the Democrats are seizing on the opportunity to upgrade the safety net and begin to address simmering inequities along racial and class lines.

There's universal pre-kindergarten, lower cost child care, paid family leave for working adults, an extension of the $300 a month child tax credit that was put in place during the COVID crisis. To help care for elderly Americans, it would shift Medicaid funding away from nursing homes for poorer seniors and toward home healthcare, as many older adults prefer to age in place.

The climate change provisions tap into long-running ideas to impose new emissions restrictions with a federal clean energy requirement and to boost the electrical vehicles industry with tax breaks and charging station infrastructure.

The last time Democrats succeeded in accomplishing something this big, the Affordable Care Act, it cost them their House majority in the 2010 midterm election, during then-President Barack Obama's first term.

Americans say they overwhelmingly support the public works infrastructure proposals in an earlier $1 trillion package for roads, bridges, broadband and water systems that was approved by the Senate last month. But slimmer majorities backed some of the other ideas being considered now, including expanding child tax credits, according to July polling from The Associated Press-NORC Center for Public Affairs research.

Support is generally stronger for funding for free preschool programs, with about two-thirds in support, including about 8 in 10 Democrats and about half of Republicans.

Having learned lessons from the Obamacare debate, Democrats and allied groups are fast at work framing the arguments to avoid a repeat of the health care battles from a decade ago.

“We have their backs,” said Danielle Melfi, the executive director of Building Back Together, which organized some 1,000 events supporting the project during the August congressional recess.

The organization's own survey of polling shows the Biden plans are popular. “The American people voted for President Joe Biden and Democrats to deliver on the promises,” she said. "On our side we have such a strong case to make.”