Dr. Simone Gold has been an outspoken figure in the anti-vaccine movement in the United States

A California doctor known as a leading purveyor of coronavirus misinformation pleaded guilty to a misdemeanor charge on Thursday for joining the mob that stormed the U.S. Capitol last year.

Dr. Simone Gold, founder of the anti-vaccine group America’s Frontline Doctors, entered the plea to a charge of entering and remaining in a restricted building or grounds. The conviction carries a maximum sentence of six months in jail.

As part of her guilty plea, Gold acknowledged she and her co-defendant John Strand, while outside the building, were directly in front of a police officer who was assaulted and dragged to the ground. The doctor also acknowledged then entering the building and giving a speech in Statuary Hall about her opposition to coronavirus vaccine mandates and lockdowns imposed by the government, as Strand filmed her comments.

Gold, 56, of Beverly Hills, later told The Washington Post that she followed a crowd into the Capitol, didn't witness any violence and didn't think she was breaking any laws. 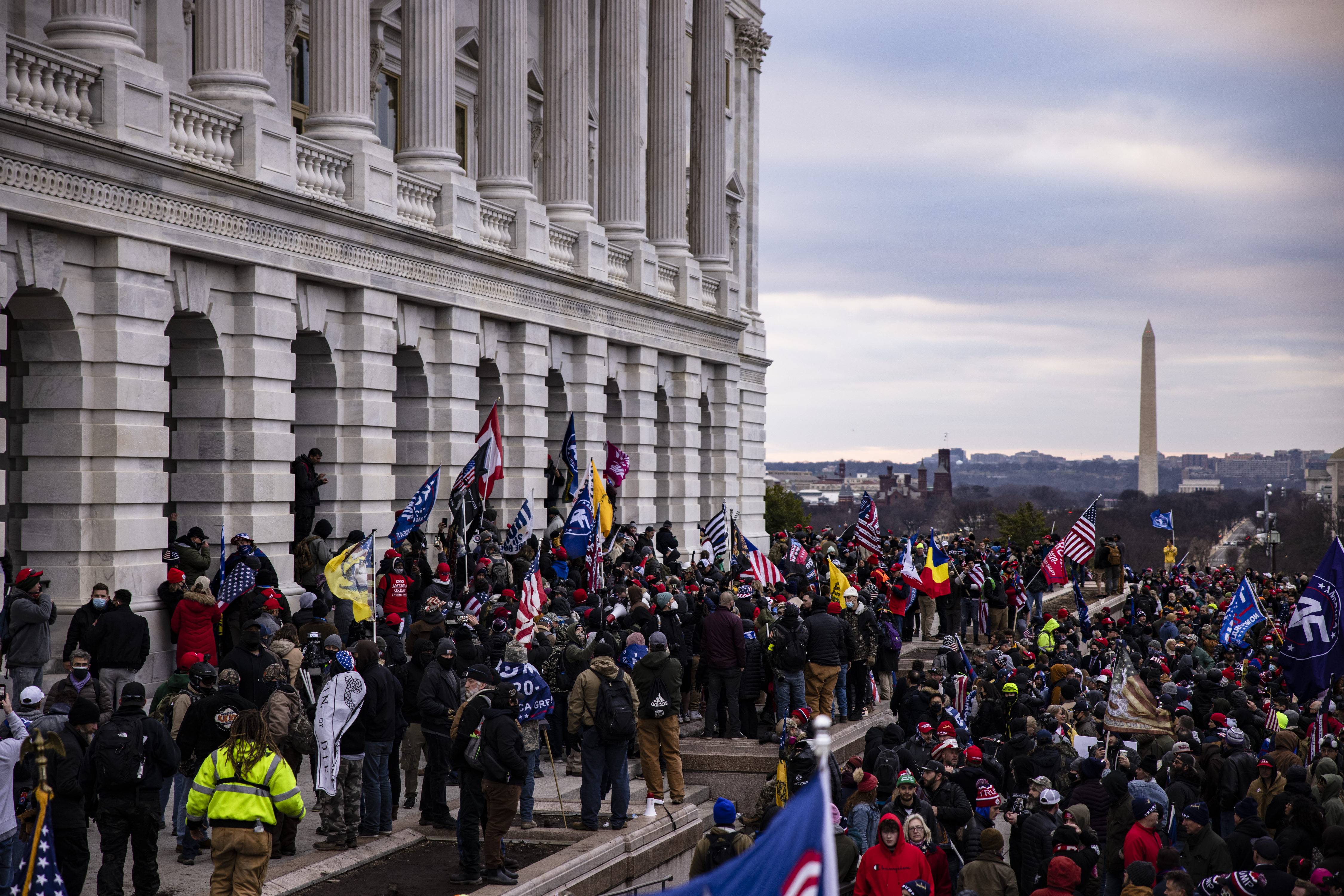 “I can certainly speak to the place that I was, and it most emphatically was not a riot,” she said. “Where I was, was incredibly peaceful.”

Gold, who has over 400,000 followers on Twitter, is an outspoken figure in the anti-vaccine movement in the U.S. and is known for spreading misinformation about COVID-19. She has promoted the use of unproven and potentially dangerous drugs, including the anti-worm treatment ivermectin and the anti-malaria drug hydroxychloroquine, as coronavirus treatments.

Dr. Irwin Redlener, founding director of Columbia University’s National Center for Disaster Preparedness, said Gold has had “a starring role” in the anti-vaccine propaganda movement, using her medical credentials and platform to "undermine science" and politically pollute efforts to tamp down the pandemic.

“In some ways, her extremist voice seems to weigh with greater impact than the vast, vast majority of doctors who are saying, ‘Of course you need to take the vaccine. It will save your life,’” Redlener said.

Rep. James Clyburn, a South Carolina Democrat who chairs a special House subcommittee on the coronavirus crisis, announced in October that the panel would investigate online groups spreading COVID-19 misinformation and promoting potentially hazardous treatments. In a letter addressed to Gold, Clyburn cited news reports that her group and its partners have generated millions of dollars in revenue by selling hydroxychloroquine, ivermectin and offering online COVID-19 consultations.

“While (America’s Frontline Doctors) is not alone in providing these services, it is reportedly among the top purveyors of questionable treatments nationwide and a prominent source of misinformation related to the coronavirus,” Clyburn wrote.

Gold told the Post that she had traveled to Washington to speak at a “Rally for Health Freedom” on the East side of the Capitol on the afternoon of Jan. 6, 2021. She said she was worried that photos of her inside the Capitol would distract from her advocacy work.

“I do regret being there,” she said less than a week after the siege.

The Medical Board of California’s database shows Gold remains licensed to practice medicine in the state and has a Beverly Hills office address.

Strand, the communications director for America’s Frontline Doctors, told the Post that he was at the Capitol to help Gold and “ensure her safety.” He has pleaded not guilty to the charges again him. A trial for Strand is scheduled to start on July 18.

Gold's sentencing is scheduled for June 16.

More than 750 people have been charged with federal crimes related to the Capitol riot. Over 220 of them have pleaded guilty, mostly to misdemeanors, and more than 100 riot defendants have been sentenced. ___