The Louisiana teen twirled and leaped with excitement after spelling the winning word “murraya,” a genus of tropical Asiatic and Australian trees.

Zaila Avant-garde understood the significance of what she was doing as she stood on the Scripps National Spelling Bee stage, peppering pronouncer Jacques Bailly with questions about Greek and Latin roots.

Zaila knew she would be the first African American winner of the bee. She knew Black kids around the country were watching Thursday night's ESPN2 telecast, waiting to be inspired and hoping to follow in the footsteps of someone who looked like them. She even thought of MacNolia Cox, who in 1936 became the first Black finalist at the bee and wasn't allowed to stay in the same hotel as the rest of the spellers.

But she never let the moment become too big for her, and when she heard what turned out to be her winning word — “Murraya,” a genus of tropical Asiatic and Australian trees — she beamed with confidence. It was over.

Declared the champion, Zaila jumped and twirled with joy, only flinching in surprise when confetti was shot onto the stage.

“I was pretty relaxed on the subject of Murraya and pretty much any other word I got,” Zaila said.

She will take home more than $50,000 in cash and prizes. Asked in a "Today" show interview Friday morning what she plans to do with her winnings, Zaila said she'll probably put it in the bank.

The only previous Black champion was also the only international winner: Jody-Anne Maxwell of Jamaica in 1998. The bee, however, has still been a showcase for spellers of color over the past two decades, with kids of South Asian descent dominating the competition. Zaila's win breaks a streak of at least one Indian-American champion every year since 2008. 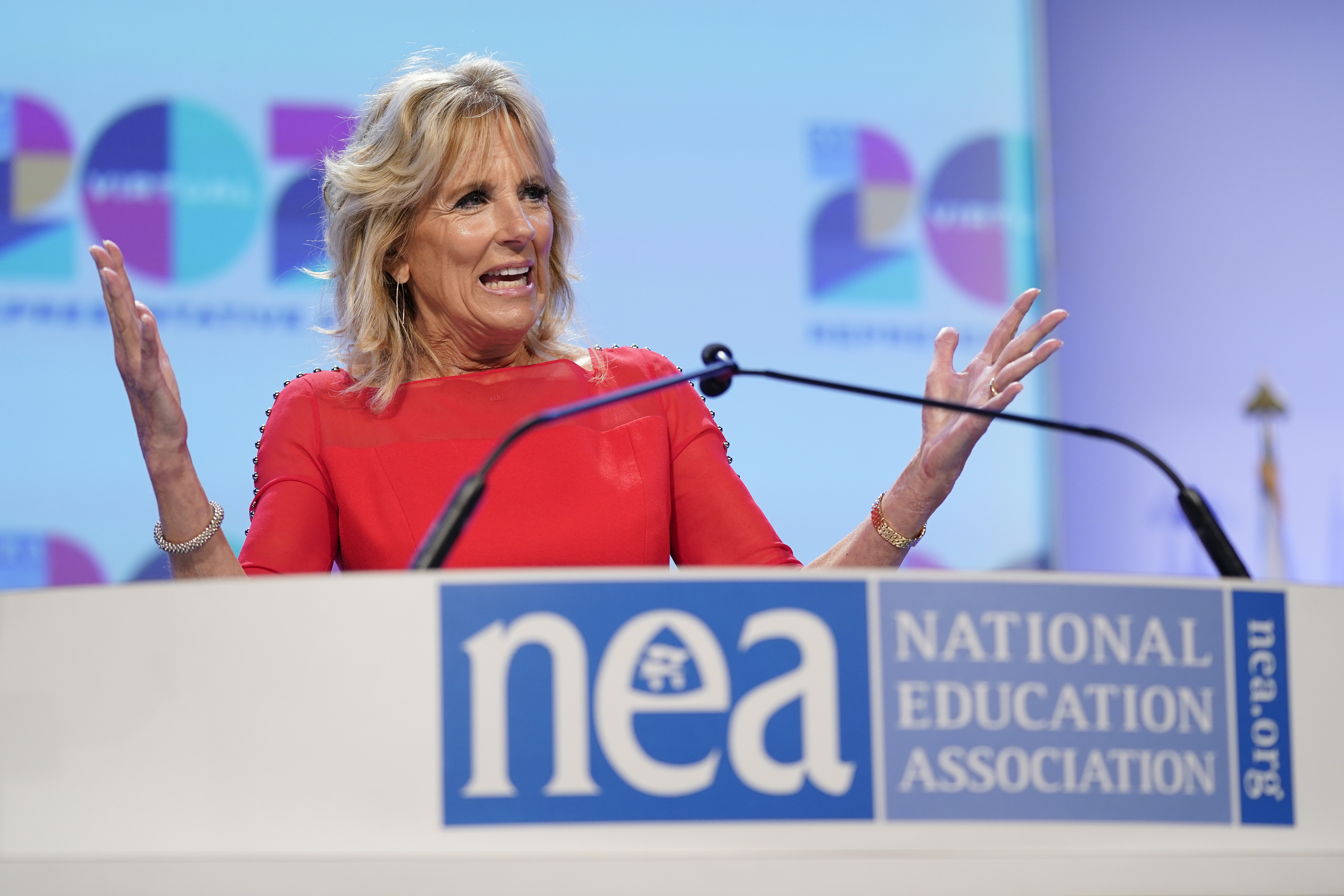 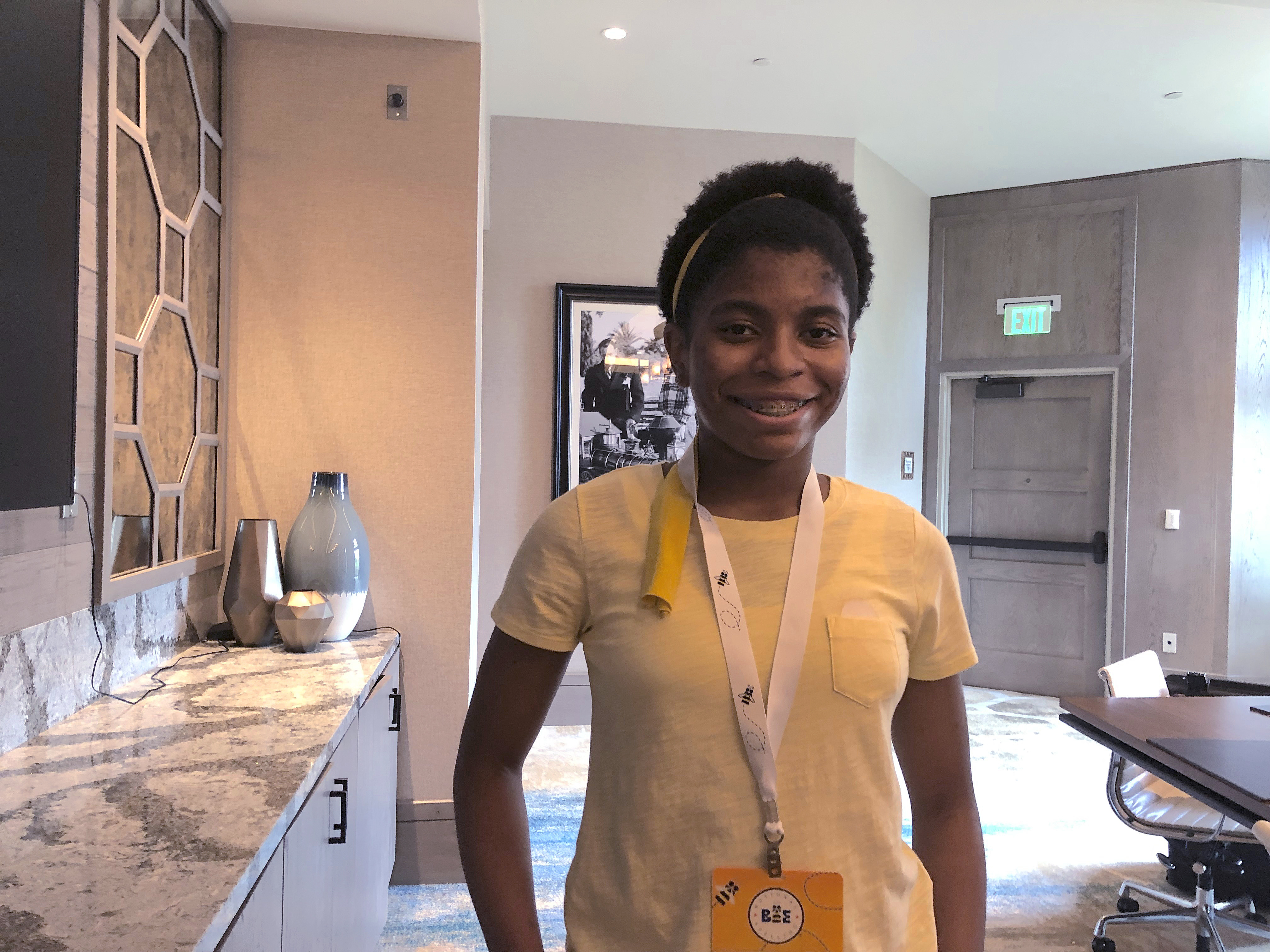 Zaila has other priorities, which perhaps explains how she came to dominate this year's bee. The 14-year-old from Harvey, Louisiana, is a basketball prodigy who owns three Guinness world records for dribbling multiple balls simultaneously and hopes to one day play basketball at Harvard and eventually in the WNBA. She described spelling as a side hobby, even though she routinely practiced for seven hours a day.

“I kind of thought I would never be into spelling again, but I'm also happy that I'm going to make a clean break from it,” Zaila said. “I can go out, like my Guinness world records, just leave it right there, and walk off.”

Many of top Scripps spellers start competing as young as kindergarten. Zaila only started a few years ago, after her father, Jawara Spacetime, watched the bee on TV and realized his daughter's affinity for doing complicated math in her head could translate well to spelling. She progressed quickly enough to make it to nationals in 2019 but bowed out in the preliminary rounds.

That's when she started to take it more seriously and began working with a private coach, Cole Shafer-Ray, a 20-year-old Yale student and the 2015 Scripps runner-up. Zaila credits her tutors as well as "a lot of hard work" and a bit of luck for her success.

“Usually to be as good as Zaila, you have to be well-connected in the spelling community. You have to have been doing it for many years,” Shafer-Ray said. “It was like a mystery, like, ‘Is this person even real?’”

“She really just had a much different approach than any speller I've ever seen. She basically knew the definition of every word that we did, like pretty much verbatim,” he said. “She knew, not just the word but the story behind the word, why every letter had to be that letter and couldn't be anything else.”

Sometimes she knew more than she let on. Part of her strategy, she said, was to ask about roots that weren't part of the word she was given, just to eliminate them from consideration.

Only one word gave her trouble: “nepeta,” a genus of mints, and she jumped even higher when she got that one right than she did when she took the trophy.

“I’ve always struggled with that word. I’ve heard it a lot of times. I don’t know, there’s just some words, for a speller, I just get them and I can’t get them right,” she said. “I even knew it was a genus of plants. I know what you are and I can’t get you.”

Zaila — her dad gave her the last name Avant-garde in tribute to jazz musician John Coltrane — is a singular champion of a most unusual bee, the first in more than 25 months. Last year's bee was canceled because of the coronavirus pandemic, and this one was thoroughly modified to minimize risk to kids and their families.

Most of the bee was held virtually, and only the 11 finalists got to compete in person, in a small portion of a cavernous arena at the ESPN Wide World of Sports complex in Florida that also hosted the NBA playoff bubble last year. The in-person crowd was limited to spellers' immediate family, Scripps staff, selected media — and first lady Jill Biden, who spoke to the spellers and stayed to watch.

Sometimes it was so quiet in the arena that the only sound was the unamplified voice of ESPN host Kevin Negandhi as he spoke into a TV microphone.

The format of the bee, too, underwent an overhaul after the 2019 competition ended in an eight-way tie. Scripps' word list was no match for the top spellers that year, but this year, five of the 11 finalists were eliminated in the first onstage round. Then came the new wrinkle of this year's bee: multiple-choice vocabulary questions. All six remaining spellers got those right.

Zaila won efficiently enough — the bee was over in less than two hours — that another innovation, a lightning-round tiebreaker, wasn't necessary.

The runner-up was Chaitra Thummala, a 12-year-old from Frisco, Texas, and another student of Shafer-Ray. She has two years of eligibility remaining and instantly becomes one of next year’s favorites. Bhavana Madini, a 13-year-old from Plainview, New York, finished third and also could be back.

“Zaila deserved it. She's always been better than me,” Chaitra said. “I could review a lot more words. I could get a stronger work ethic.”