Your Complete Guide to the 2022 Scripps National Spelling Bee

From how the "bee" got its name to how spellers prepare for the competition, here's everything you need to know about this year's Scripps National Spelling Bee

The Scripps National Spelling Bee kicks off this week as 234 spellers descend on National Harbor, Maryland, for the first fully in-person Bee since 2019.

The 2020 bee was canceled because of the pandemic and last year's event was mostly virtual.

Also returning for this year's competition is vocabulary questions and a lightning-round tiebreaker to ensure it can identify a single champion. That's because the bee had co-champions from 2014-16, and the 2019 bee ended in an eight-way tie after organizers ran out of words difficult enough to challenge the top spellers, whose preparation with personal coaches and comprehensive study guides was no match for the vaunted Scripps word list.

Actor and literacy advocate LeVar Burton will host the competition and interview spellers and their families backstage. Last year's champion, Zaila Avant-Garde, is returning as an analyst for the broadcast.

Roughly a dozen spellers will advance to the primetime finals Thursday night. The winner receives more than $50,000 in cash and prizes. 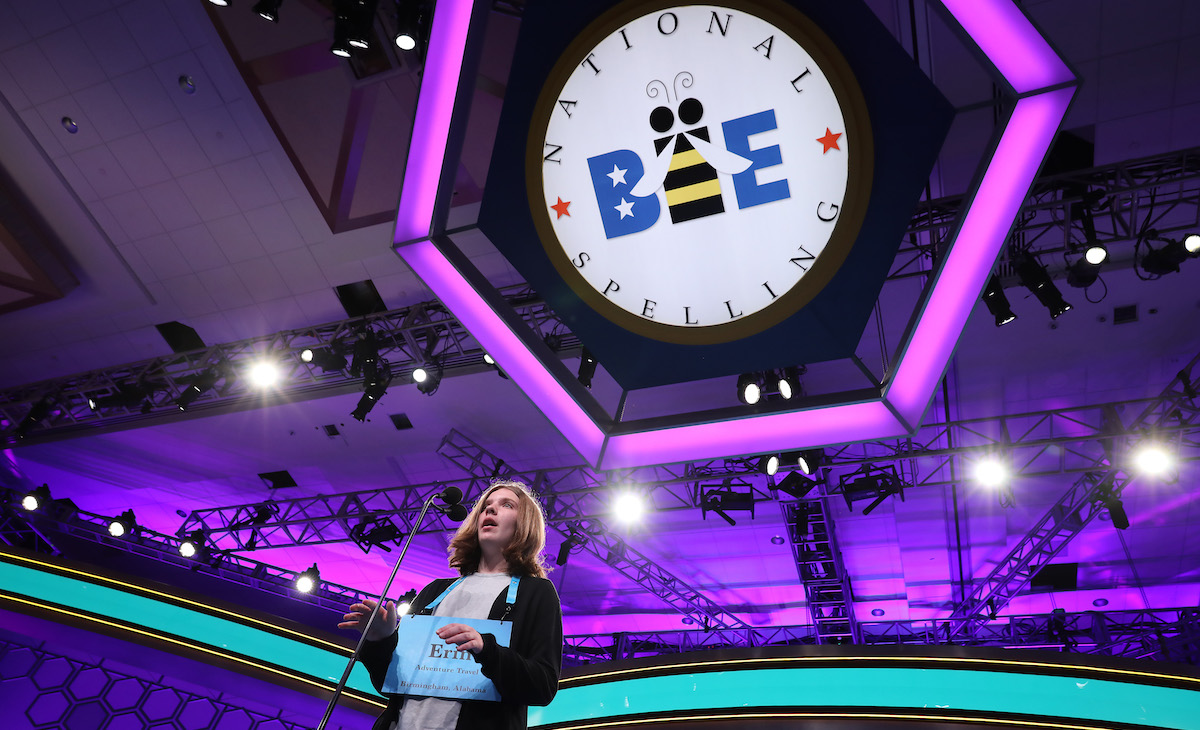 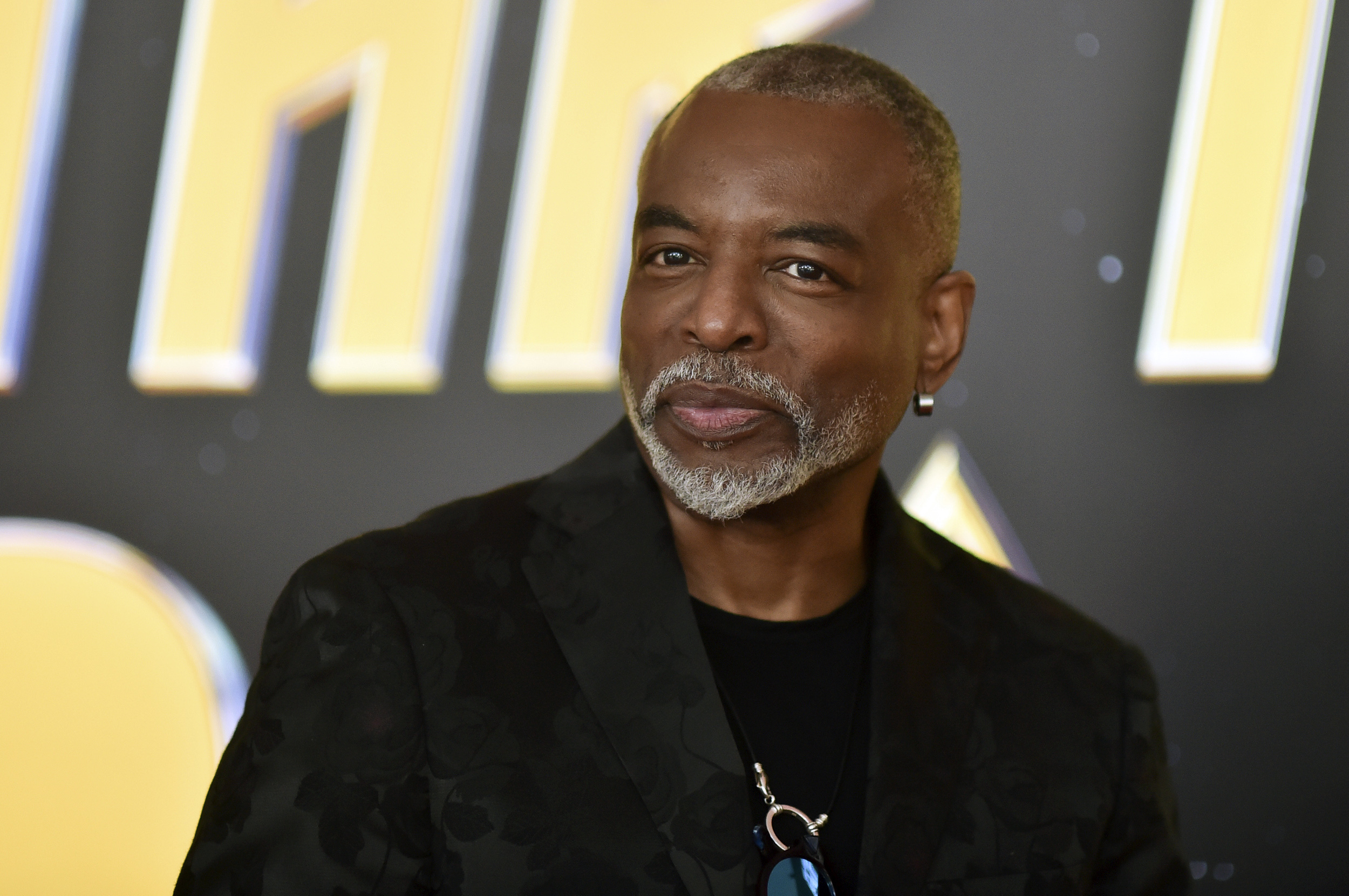 Here's everything you need to know about this year's Spelling Bee:

Why Is It Called a Spelling Bee?

While the origin of the word "bee" is still disputed, according to Merriam-Webster — which has been involved with the competition since 1957 — the word bee is an alteration of a word that meant "voluntary help given by neighbors toward the accomplishment of a particular task," and comes from the Middle English word bene.

The word has historically been used to describe group activities or occasions when farmers or neighbors would help each other, such as a "logging bee," "husking bee" or "apple bee."

Before it became commonly called "spelling bees," it went by Trials in Spelling, Spelling School, Spelling Match, Spelling-Fight and Spelling Combat, according to Webster's.

The National Spelling Bee first started in 1925 when nine newspapers joined together to host a spelling bee. That year, only nine were in the championship, having the honor of meeting President Calvin Coolidge before going head-to-head. In 1941, the Scripps Howard News Service took over the event and has run it since with the help of local sponsors, the majority of which are daily and weekly newspapers.

How Do You Compete in the Spelling Bee?

Students attending schools enrolled in the Scripps program are eligible to participate. Spellers usually compete on the classroom-level to determine who will participate in the school bee. School bee winners often determine who will advance to a district or county competition which then feeds into a regional or state bee for a chance to go to the National Spelling Bee competition.

The 2018 and 2019 bees had a wild-card program designed as an alternative pathway to the bee for spellers in tough regions. But in 2019, more than half of the 562 spellers in the bee were wild cards, many of them younger kids who weren't competitive at the national level. Scripps had planned to scale back the program in 2020, however, it was scrapped altogether ahead of the 2021 competition.

That leaves this year's bee with 234 spellers, all of whom qualified on merit.

The finals also consists of rounds of oral competition, but officials can activate the lightning round if the bee gets toward the end of its allotted time and can’t get to a single winner in the traditional way, by eliminating spellers for getting a word wrong.

Spellers would have 90 seconds to spell as many words as they can correctly. In the rapid-fire tiebreaker, spellers would get the same words in the lightning round and be isolated from one another.

How to Prepare for a Scripps Spelling Bee

Scripps releases an annual list of hundreds of words split into three levels of difficulty: One bee, Two bee and Three bee. Once a speller masters the words of the School Spelling Bee Study List, they can tackle the "Words of the Champions," list to prepare the regional and national spelling bee competitions.

Who Are This Year's Scripps Spellers?

This year's field hails from all 50 states, several territories, Department of Defense Schools in Europe and other countries, including the Bahamas, Canada, Germany and Ghana.

The spellers range in age from 7 to 15, with 45 of them having previously competed in the competition, including three who were tied for fourth place in 2021.

What do Scripps National Spelling Bee Winners Get?

In addition to bragging rights and a trophy, the champion of the Scripps competition will win $52,5000 in cash prizes, and $400 worth of Encyclopedia Britannica works.

The other finalists will receive:

If more than two spellers are tied for second through sixth place, the cash prize will be determined by the sum of the prize divided by the number of winner. For example, if three spellers are tied for fourth place, the cash prize for each would be the sum of the prize amounts for fourth, fifth and sixth place divided by three; therefore, each speller tied for fourth place would receive $5,833.33 (($2,500 + $5,000 + $10,000) / 3).

How to Watch the 2022 National Spelling Bee

Scripps announced last fall it had ended its 27-year partnership with ESPN, which brought the bee to millions of viewers and promoted it like a major sporting event.

The year's Bee will air on the Scripps-owned networks ION and Bounce and will stream online.

According to the Cincinnati-based Scripps, those networks are each available in nearly 120 million U.S. households. To find an ION TV channel in your area, click here.

Want to watch live coverage of every round? Tune to the free streaming platforms ION Plus and Bounce XL to see the preliminaries at 9 a.m. ET on Tuesday, May 31, and the quarterfinals, starting at 8 a.m. on Wednesday, June 1.