Some 250 National Guardsmen are on standby, according to the source

A federal law enforcement source previously told NBC News officials would add a "non-scalable" fence around the White House in an effort to increase security ahead of Election Day.

The perimeter, which will stretch from H to Constitution and 15th to 17th streets, will be reminiscent of the fence set up amid protests in the nation's capital following the death of George Floyd at the end of May.

The source said that for the time being, 250 National Guardsmen have been put on standby and will be reporting to officials with the Metropolitan Police Department. 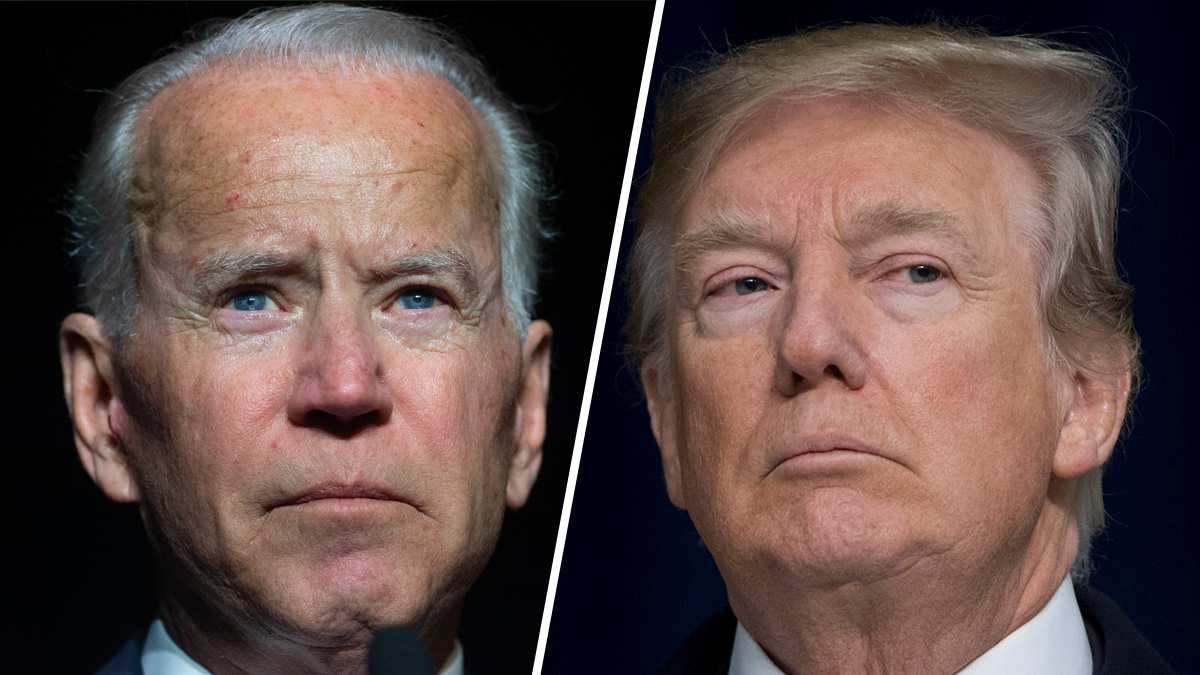 A collection of groups led by Black Lives Matter and Shutdown DC plan an eight-hour event at Black Lives Matter Plaza, one block from the White House. It will include a giant screen showing election results, DJs and performances by bands playing Washington’s signature go-go music.

D.C. Mayor Muriel Bowser said she had not decided whether to use National Guard troops for election-related violence, though some troops still remain activated amid the coronavirus pandemic.

Demonstrators are gearing up for potential violence, especially after June, when Trump used federal law enforcement to clear the plaza outside the White House that had been filled with peaceful protesters.

"The police are readying for battle. We should be very clear about that," April Goggans, a core organizer with the local Black Lives Matter affiliate, said during an Oct. 26 online training session.

Forget the red and blue election map. The most important map to watch on Election Night is one that shows when each state starts counting its early ballots. The differing rules states use to prioritize when early voting ballots are counted may create a blue or red “mirage” on Election Night that shows early leads for either Joe Biden or President Trump that slip away once more votes are tallied. NBCLX's Noah Pransky explains.

Americans aren’t accustomed to worrying about violence or safety ahead of an election. It’s a luxury afforded by years of largely peaceful voting, a recent history of fairly orderly displays of democracy. But after months filled with disruption and unrest, Americans are worried that Election Day could become a flashpoint.

But voters can point to plenty of evidence behind the anxiety. More than 230,000 people have died of the coronavirus in the United States, and cases are spiking across the country. A summer of protests of racial injustice and sometimes violent confrontations has left many on edge. Gun sales have broken records. Trump has called on supporters to monitor voting and has refused to commit to a peaceful transfer of power or to explicitly condemn a white supremacist group.

There was also the alleged plot to kidnap Michigan Gov. Gretchen Whitmer and another spate of violent protest this week over a police shooting of a Black man in Philadelphia.

"Human beings don’t do well with uncertainty, and there’s been a lot of uncertainty this year,” said Mara Suttmann-Lea, an assistant professor of government at Connecticut College conducting research on voting. "Absolutely I’m seeing heightened levels of anxiety ... and it's a more general, existential anxiety — ‘What is the state of our democracy?’"

Recent elections have featured more emotion – and more misinformation –than ever. It’s that intentionally-deceptive information, designed to manipulate us, that threatens our democracy. And as NBCLX’s Noah Pransky explains, it's up to all of us to help stop it from spreading.

Those worries have shown up in polling. About 7 in 10 voters say they are anxious about the election, according to an AP-NORC poll last month. Former Vice President Joe Biden supporters were more likely to say so than Trump supporters — 72% to 61%.

For some, the worries are a vague sense of looming trouble that could take many forms — conflict at a polling place, protest over the outcome, protest over no outcome, a conflagration that splits Americans over now-familiar divisions.

"You can feel it in the energy,” particularly on social media, says Cincinnati voter Josh Holsten Sr., 42. "There are just a lot of extra tensions that don’t necessarily need to be there."

The president will not be home when the new fence goes up. He is traveling to several states on Monday in a last-minute bid to convince voters to reelect him to office. Meanwhile, Biden will be campaigning in the battleground state of Pennsylvania.