Chauvin was sentenced to 22.5 years in prison

Some of George Floyd's family members on Friday called Derek Chauvin's 22 1/2-year sentencefor murder in his death insufficient, while others expressed optimism that it would be an impetus for change.

One of Floyd's brothers, Rodney Floyd, called the sentence a “slap on the wrist.”

“We’ve suffered a life sentence for not having him in our life, and that hurts me to death,” he said.

Another brother, Terrence Floyd, said he was “a little leery about the sentencing” until he had a dream in which his father appeared.

Gianna Floyd, George Floyd's 7-year-old daughter, delivered her victim impact statement via video during Derek Chauvin's sentencing hearing Friday. When asked what she would tell her father if she could, she said "I miss you and I love you" and she "asks about him all the time."

“I knew my father was saying, ‘You’re good. he’s good. keep doing what you’re doing. For me, for your brother, for your name,'” he said. “We’re Floyd strong and we’re gonna stay strong.”

“We have a long way to go and many changes to make before Black and brown people finally feel like they are being treated fairly and humanely by law enforcement in this country,” Bridgett said in a statement released Friday.

Floyd Family Attorney Ben Crump spoke after former Minneapolis Police Officer Derek Chauvin received the longest sentence ever for a police officer for murder in the state of Minnesota. "This should not be the exception when a Black person is killed by brutality by the police," said Crump. "It should be the norm."

“When you think about George being murdered, in cold blood with a knee on his neck for 9 minutes and 29 seconds execution-style in broad daylight, 22 and a half years is not enough," Williams said.

“We were served a life sentence. We can’t get George back.” 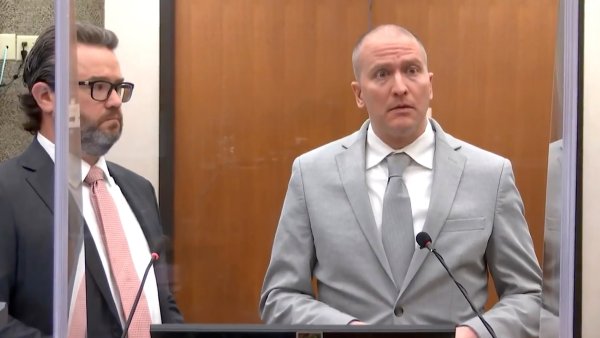 Chauvin Sentenced to 22.5 Years in Murder of George Floyd