Haiti’s interim government said it asked the U.S. to deploy troops to protect key infrastructure as it tries to stabilize the country and prepare for elections in the aftermath of President Jovenel Moïse’s assassination.

Amid the confusion, hundreds of Haitians gathered outside the U.S. Embassy in Port-au-Prince pleading for a way out of the country. Women carried babies and young men waved passports and ID cards as they cried out, “Refuge!” and “Help!”

“We definitely need assistance and we’ve asked our international partners for help,” Interim Prime Minister Claude Joseph told The Associated Press in a phone interview late Friday. “We believe our partners can assist the national police in resolving the situation.”

The stunning request for U.S. military support recalled the tumult following Haiti’s last presidential assassination, in 1915, when an angry mob dragged President Vilbrun Guillaume Sam out of the French Embassy and beat him to death. In response, President Woodrow Wilson sent the Marines into Haiti, justifying the American military occupation — which lasted nearly two decades — as a way to avert anarchy.

But the Biden administration has so far given no indication it will provide military assistance. For now, it only plans to send FBI officials to help investigate a crime that has plunged Haiti, a country already wracked by gaping poverty and gang violence, into a destabilizing battle for power and constitutional standoff.

On Friday, a group of lawmakers announced they had recognized Joseph Lambert, the head of Haiti’s dismantled senate, as provisional president in a direct challenge to the interim government’s authority. They also recognized as prime minister Ariel Henry, whom Moïse had selected to replace Joseph a day before he was killed but who had not yet taken office or formed a government.

One of those lawmakers, Rosemond Pradel, a former secretary general of Haiti’s provisional electoral commission, told the AP that Joseph “is neither qualified nor has the legal right” to lead the country.

Joseph expressed dismay that others would try to take advantage of Moïse’s murder for political gain.

“I’m not interested in a power struggle,” said Joseph, who assumed leadership with the backing of police and the military. “There’s only one way people can become president in Haiti. And that’s through elections.”

Meanwhile, more details emerged of a killing that increasingly has taken the air of an murky, international conspiracy involving a shootout with gunmen holed up in a foreign embassy, a private security firm operating out of a cavernous warehouse in Miami and a cameo sighting of a Hollywood star.

Among those arrested are two Haitian Americans, including one who worked alongside Sean Penn following the nation’s devastating 2010 earthquake. Police have also detained or killed what they described as more than a dozen “mercenaries" who were former members of Colombia’s military.

Some of the suspects were seized in a raid on Taiwan’s Embassy where they are believed to have sought refuge. National Police Chief Léon Charles said another eight suspects were still at large and being sought.

Haitian President Jovenel Moïse was assassinated in an attack on his private residence, according to a statement Wednesday from the country’s interim prime minister.

The attack, which took place at Moïse’s home before dawn Wednesday, also seriously wounded his wife, who was flown to Miami for surgery. Joseph said he has spoken to the first lady but out of respect for her mourning has not inquired about the attack.

Colombian officials said the men were recruited by four companies and traveled to the Caribbean nation in two groups via the Dominican Republic. U.S.-trained Colombian soldiers are heavily sought after by private security firms and mercenary armies in global conflict zones because of their experience in a decades-long war against leftist rebels and powerful drug cartels.

Some of the men had posted on Facebook photos of themselves visiting the presidential palace and other tourist spots in the Dominican Republic, which shares Hispaniola Island with Haiti.

The sister of one of the dead suspects, Duberney Capador, told the AP that she last spoke to her brother late Wednesday — hours after Moïse’s murder — when the men, holed up in a home and surrounded, were desperately trying to negotiate their way out of a shootout.

“He told me not to tell our mother, so she wouldn’t worry,” said Yenny Capador, fighting back tears.

It’s not known who masterminded the attack. And numerous questions remain about how the perpetrators were able to penetrate the president’s residence posing as U.S. Drug Enforcement Administration agents, meeting little resistance from those charged with protecting the president.

Capador said her brother, who retired from the Colombian army in 2019 with the rank of sergeant, was hired by a private security firm with the understanding he would be providing protection for powerful individuals in Haiti.

Capador said she knew almost nothing about the employer but shared a picture of her brother in a uniform emblazoned with the logo of CTU Security — a company based in Doral, a Miami suburb popular with Colombian migrants.

The wife of Francisco Uribe, who was among those arrested, told Colombia’s W Radio that CTU offered to pay the men about $2,700 a month — a paltry sum for a dangerous international mission but far more than what most of the men, nonommissioned officers and professional soldiers, earned from their pensions.

Uribe is under investigation in the alleged murder of an unarmed civilian in 2008 who was presented as someone killed in combat, one of thousands of extrajudicial killings that rocked Colombia’s U.S.-trained army more than a decade ago.

NBC 6's Marcine Joseph is at Jackson Memorial Hospital where Haiti's First Lady is being treated for her own wounds in Wednesday's assassination.

CTU Security was registered in 2008 and lists as its president Antonio Intriago, who is also affiliated with several other Florida-registered entities, some of them since dissolved, including the Counter Terrorist Unit Federal Academy, the Venezuelan American National Council and Doral Food Corp.

CTU’s website lists two addresses, one of which is a gray-colored warehouse that was shuttered Friday with no sign indicating who it belonged to. The other is a small suite under a different company’s name in a modern office building a few blocks away. A receptionist at the office said Intriago stops by every few days to collect mail and hold meetings. Intriago, who is Venezuelan, did not return phone calls and an email seeking comment.

“We are the ones who are most interested in clarifying what happened, so that my brother’s reputation does not remain like it is,” said Capador. “He was a humble, hard-working man. He had honors and decorations."

Besides the Colombians, among those detained by police were two Haitian Americans.

Investigative Judge Clément Noël told Le Nouvelliste that the arrested Americans, James Solages and Joseph Vincent, said the attackers originally planned only to arrest Moïse, not kill him. Noël said Solages and Vincent were acting as translators for the attackers, the newspaper reported Friday.

Solages, 35, described himself as a “certified diplomatic agent,” an advocate for children and budding politician on a now-removed website for a charity he started in 2019 in south Florida to assist resident of his home town of Jacmel, on Haiti’s southern coast.

He worked briefly as a driver and bodyguard for a relief organization set up by Penn following a magnitude 7.0 earthquake that killed 300,000 Haitians and left tens of thousands homeless. He also lists as past employers the Canadian Embassy in Haiti. His Facebook page, which was also taken down following news of his arrest, features photos of armored military vehicles and a shot of himself standing in front of an American flag. 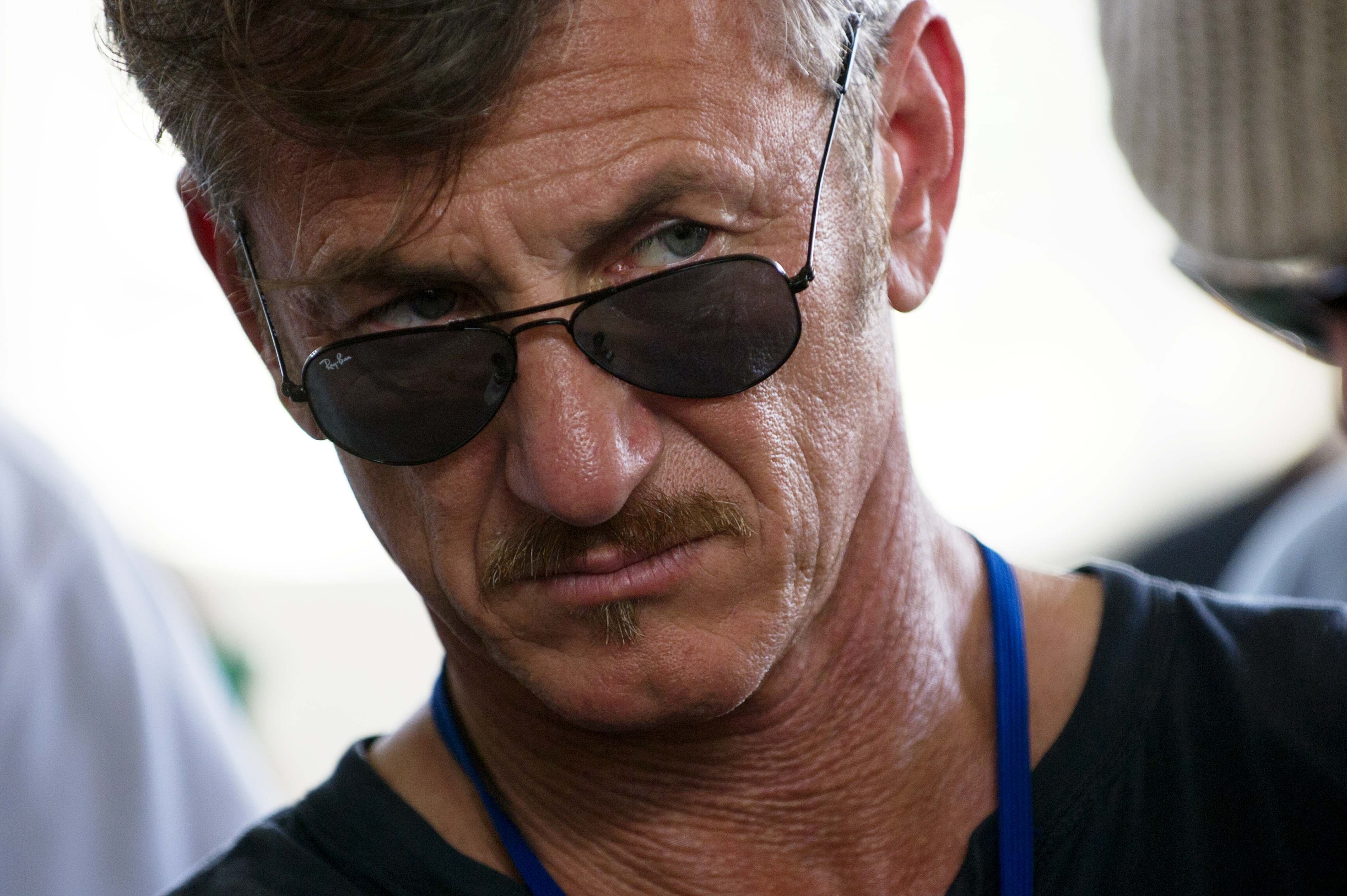 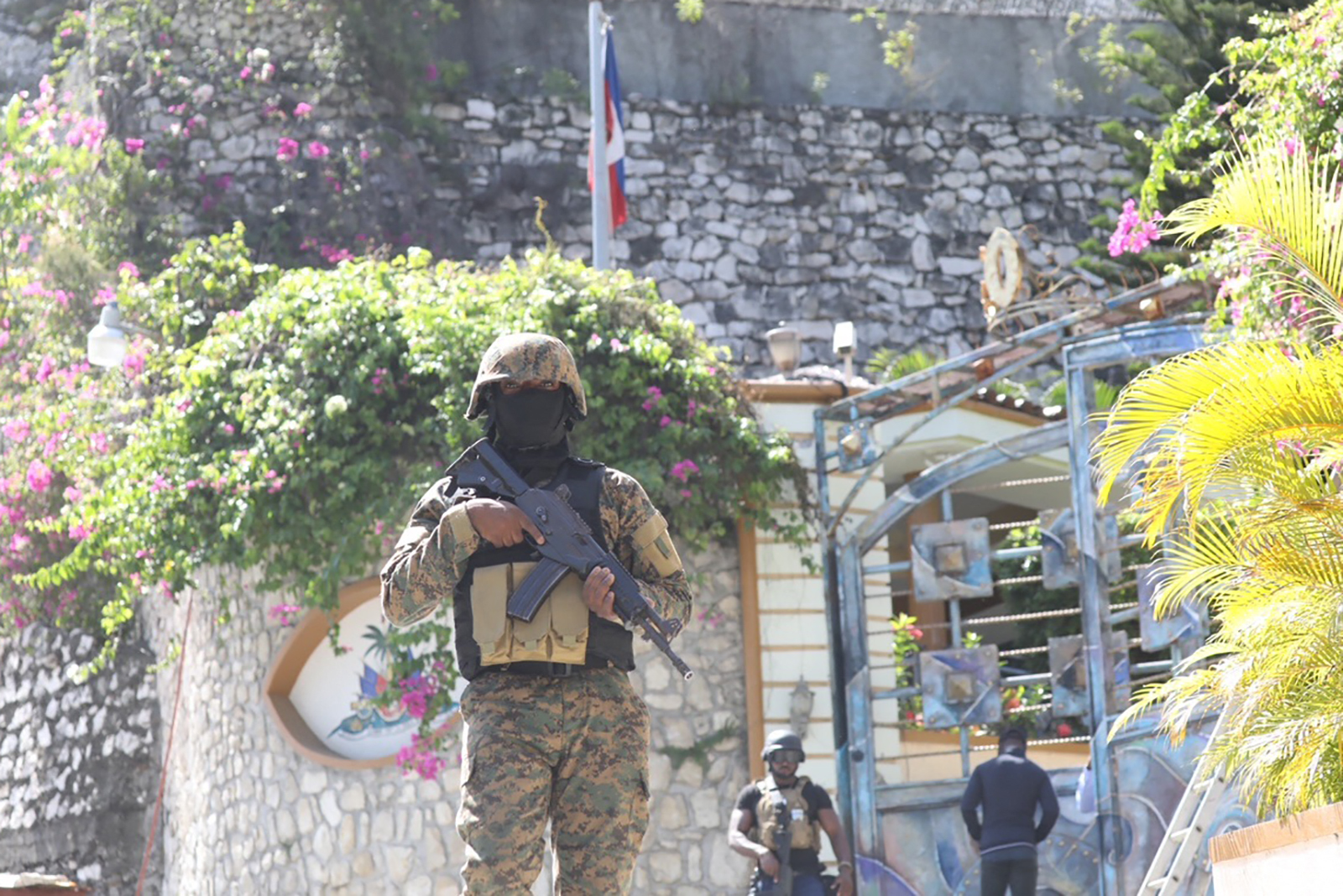 Calls to the charity and Solages’ associates went unanswered. However, a relative in south Florida said Solages doesn’t have any military training and doesn’t believe he was involved in the killing.

Joseph refused to specify who was behind the attack, but said that Moïse had earned numerous enemies while attacking powerful oligarchs who for years profited from overly generous state contracts.

Some of those elite insiders are now the focus of investigators, with authorities asking that presidential candidate and well-known businessman Reginald Boulos and former Senate President Youri Latortue meet with prosecutors next week for questioning. No further details were provided and none of the men have been charged.

Analysts say whoever plotted the brazen attack likely had ties to a criminal underworld that has flourished in recent years as corruption and drug trafficking have become entrenched. The growing power of gangs displaced more than 14,700 people in Haiti last month alone as they torched and ransacked homes in a fight over territory.

“This country has nothing to offer,” said 36-year-old Thermidor Joam, one of those thronged outside the U.S. Embassy on Friday. “If the president can be killed with his own security, I have no protection whatsoever if someone wants to kill me.”

Prosecutors also want to interrogate members of Moïse’s security detail, including the president’s security coordinator, Jean Laguel Civil, and Dimitri Hérard, the head of the General Security Unit of the National Palace.

“If you are responsible for the president’s security, where have you been?,” Port-au-Prince prosecutor Bed-Ford Claude was quoted as telling French-language newspaper Le Nouvelliste. “What did you do to avoid this fate for the president?”