Despite mounting pressure calling on Walmart to stop selling firearms in the wake of recent mass shootings, two of which happened at their stores, the retail giant said it had no plans to change its gun sale policy.

The first of two weekend mass shootings that killed 31 people unfolded at a Walmart store in the border city of El Paso, Texas. The attack came days after an employee shot and killed two other workers at a Walmart in Southaven, Mississippi.

“All I can tell you is there has been no changes right now… our big focus is supporting our associates and customers and the El Paso community," Walmart spokesman Randy Hargrove said after Saturday's shooting.

Hargrove told NBC News that Walmart has taken steps to scale back on gun sales.

The nation's largest retailer stopped selling assault-style rifles in 2015 and in 2018 it raised the minimum age for both firearm and ammunition purchases to 21 in the wake of the mass shooting at Marjory Stoneman Douglas High School in Parkland, Florida, that killed 17 people.

"On our website, we stopped the sales of assault-type rifles, including toys that would resemble those items. We don’t sell handguns, except for in Alaska, and we do certainly do things that go beyond federal law," Hargrove said. "One example of that is we require individuals to pass a background check before they purchase firearms."

Still, around half of Walmart's 4,700 stores across the U.S. do sell guns and ammunition. Hargrove told NBC News that the El Paso store did not sell guns, but did sell ammunition.

Over the weekend, many who took to social media to respond to the shootings also called on Walmart to stop selling guns, using the hashtags #guncontrolnow and #boycottwalmart.

Some gun control advocates are urging the retail giant to go even further, noting that ammunition purchased at Walmart stores have been linked to several mass shootings, including the 2016 Pulse night club shooting in Orlando, Florida, in which 49 people were killed, according to NBC News.

Igor Volsky, founder of the gun control advocacy group Guns Down America, launched an online petition calling on Walmart to cease the sale of firearms. Volsky said in an interview Monday on MSNBC's "Velshoi and Ruhle" that Walmart can set an example by announcing it would halt the sale of guns "until we raise the standards of gun ownership in America." 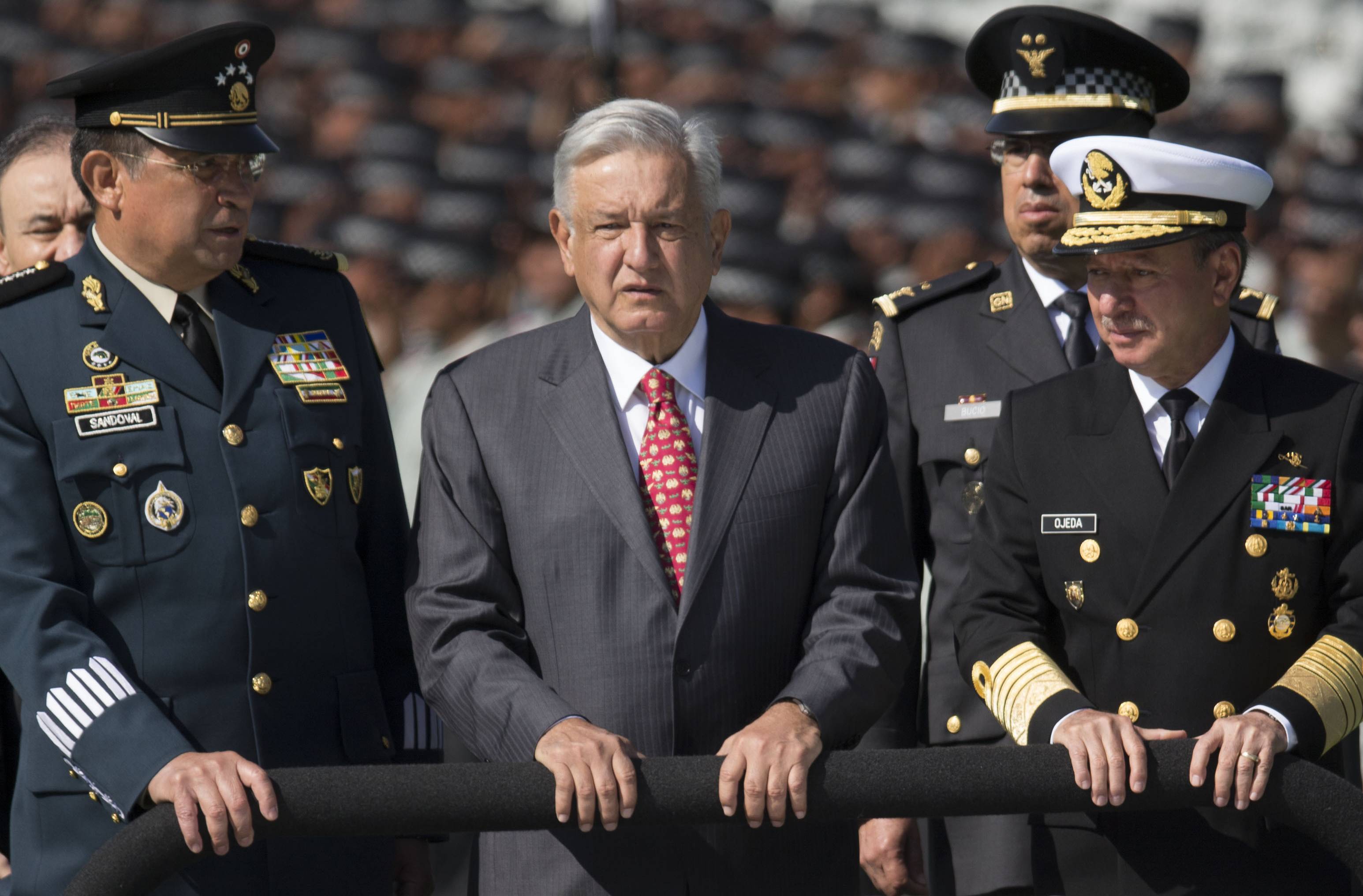 war on drugs 4 hours ago

The petition also calls on Walmart to pledge it will no longer make contributions to lawmakers who take money from the National Rifle Association and fund gun buyback programs.

A crowd that gathered to remember nine people shot dead outside a Dayton, Ohio, bar interrupted a speech by Gov. Mike DeWine with screams of "do something." Twenty-seven people were also injured in the mass shooting.

Hargrove confirmed to The Associated Press that the El Paso store shooting was the deadliest in the company's history. And while no workers were killed, two were wounded and are recovering from injuries. Hargrove said Walmart doesn't plan on changing its security policies or arm store employees in response to the shooting.

"Unfortunately you can never predict violence," said Hargrove. "That’s why we take training and preparation so seriously."

Jimmy Fallon shares his thoughts, and offers suggestions for how people can help, in the wake of mass shootings in El Paso, Texas, and Dayton, Ohio.