Glenn Fine, the acting Defense Department inspector general and a veteran watchdog, had been selected by peers last month for the oversight position. It was not immediately clear Tuesday who will oversee the rescue law

President Donald Trump has removed the inspector general tapped to chair a special oversight board for the $2.2 trillion economic relief package on the coronavirus, the latest in a series of steps Trump has taken to confront government watchdogs tasked with oversight of the executive branch.

In the past four days, Trump has fired one inspector general tied to his impeachment, castigated another he felt was overly critical of the coronavirus response and sidelined a third meant to safeguard against wasteful spending of funds for businesses in economic distress.

"We’re seeing since Friday a wrecking ball across the IG community,'' said Danielle Brian, executive director of the Project on Government Oversight, a watchdog group. On Friday, Trump fired Michael Atkinson, the inspector general of the intelligence community, and on Monday assailed a health and human services official who criticized the administration's response to the coronavirus crisis.

On Tuesday, Trump removed Glenn Fine, the acting Defense Department inspector general and a veteran watchdog who had been selected by peers last month to oversee the economic aid package. Now it’s unclear who will oversee the rescue law.

Trump's latest move threatens to upend the rigorous oversight that Democrats in Congress demanded for the huge sums of money being pumped into the American economy because of the virus.

It's also part of a broader conflict between Trump, a president averse to outside criticism, and the watchdog community tasked with identifying mismanagement and problems inside government agencies.

Trump’s actions "only undermine the effectiveness of the pandemic response" legislation and the ability of inspectors general to do their job, Brian said.

"President Trump is abusing the coronavirus pandemic to eliminate honest and independent public servants because they are willing to speak truth to power and because he is so clearly afraid of strong oversight," Schumer said in a statement.

Rep. Adam Schiff, D-Calif., who led Trump's impeachment and subsequent Senate prosecution, told The Associated Press that Trump's actions were "designed to neuter any kind of oversight of his actions and that of the administration during a time of national crisis, when trillions of dollars are being allocated to help the American people." 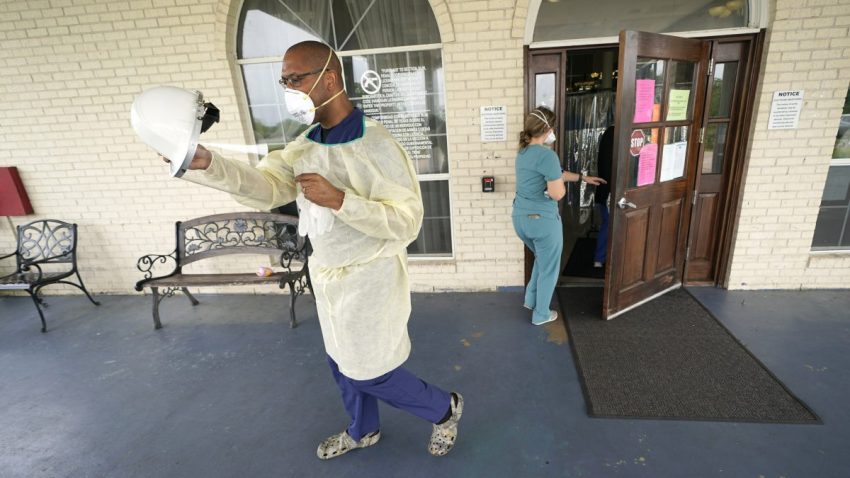 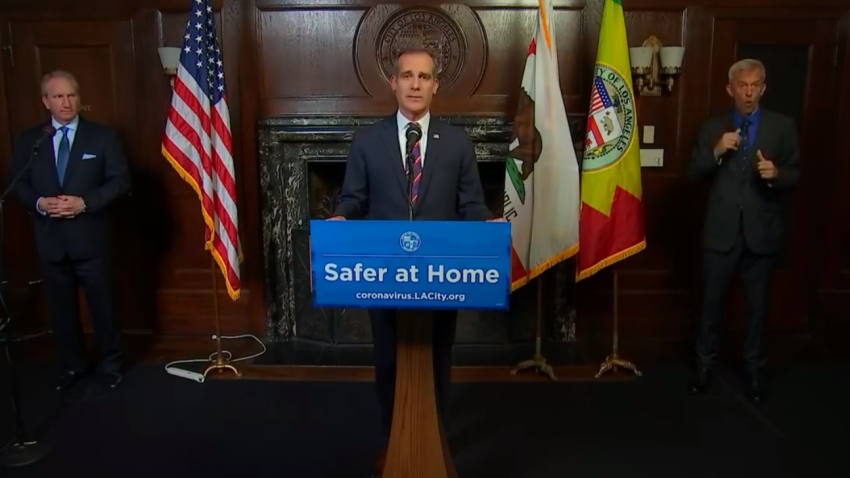 Trump's removal of Fine follows his late-night firing on Friday of Michael Atkinson, the intelligence community inspector general who forwarded to Congress a whistleblower complaint that ultimately led to the president’s impeachment in the House.

On Monday, the president also publicly condemned the acting Health and Human Services watchdog over a survey of hospitals about the coronavirus response.

Trump has bristled at the oversight of the coronavirus law, suggesting in a statement last month that some of the mandates from Congress were unconstitutional.

"I'll be the oversight," Trump declared as lawmakers were finalizing the rescue plan.

He has also drawn criticism for naming a White House lawyer to a new Treasury Department position overseeing $500 billion in coronavirus aid to industry.

Michael Horowitz, the Justice Department inspector general and chair of a council of watchdogs, had moved quickly last month to appoint Fine the head of the new coronavirus oversight board.

The demotion disqualifies Fine from serving on the oversight board, which was created by Congress to be the nexus of oversight for coronavirus funding. He will instead revert to the position of principal deputy inspector general.

"President Trump has been engaged in an assault against independent Inspectors General since last Friday in order to undermine oversight of his chaotic and deficient response to the coronavirus crisis," Maloney said.

Republican Sen. Charles Grassley, a longtime whistleblower advocate, tweeted at Trump not to view inspectors general as critics, though he didn’t mention Fine by name. He said the officials hold the federal bureaucracy accountable.