No Longer Protected: Immigrants Pushed to Return to Disaster-Stricken Countries

The Trump administration's recent decisions to end temporary protections for immigrants from countries struck by disaster have ignited a fiery debate over whether families are being forced to return to places unprepared to absorb them to meet hard-line immigration promises.

The Department of Homeland Security says that immigrants from countries such as Haiti and Nicaragua no longer need temporary protected status, which offers giving work opportunities and deportation relief, but activists and politicians blast the decisions as part of a broader anti-immigrant ideology within the Trump administration.

"These decisions are guided not by the law or sound analysis of the need for these programs to continue, but by hate-fueled politics and a desire to deport as many immigrants as possible," Mary Meg McCarthy, executive director of the National Immigrant Justice Center, said in a statement.

With the recent terminations together with the end of Deferred Action for Childhood Arrivals (DACA), the Trump administration has taken lawful status from nearly one million people, she said.

On Nov. 20, the Department of Homeland Security (DHS) ended protections for nearly 60,000 Haitians who sought refuge in the U.S. after a 2010 earthquake devastated the island.

They are among more than 320,000 people from 10 nations, primarily Haiti, El Salvador, Nicaragua and Honduras, who have had temporary refuge and work allowance in the U.S. because of conflict, natural disaster or other extreme conditions in their countries. Other countries currently under temporary protected status, which is often renewed several times but must eventually expire, include Nepal, Somalia, Sudan, South Sudan, Syria and Yemen.

Over the past few months, the department has announced the end of temporary protected status for Nicaragua and Sudan, and it's expected to make a decision on Honduras in July. 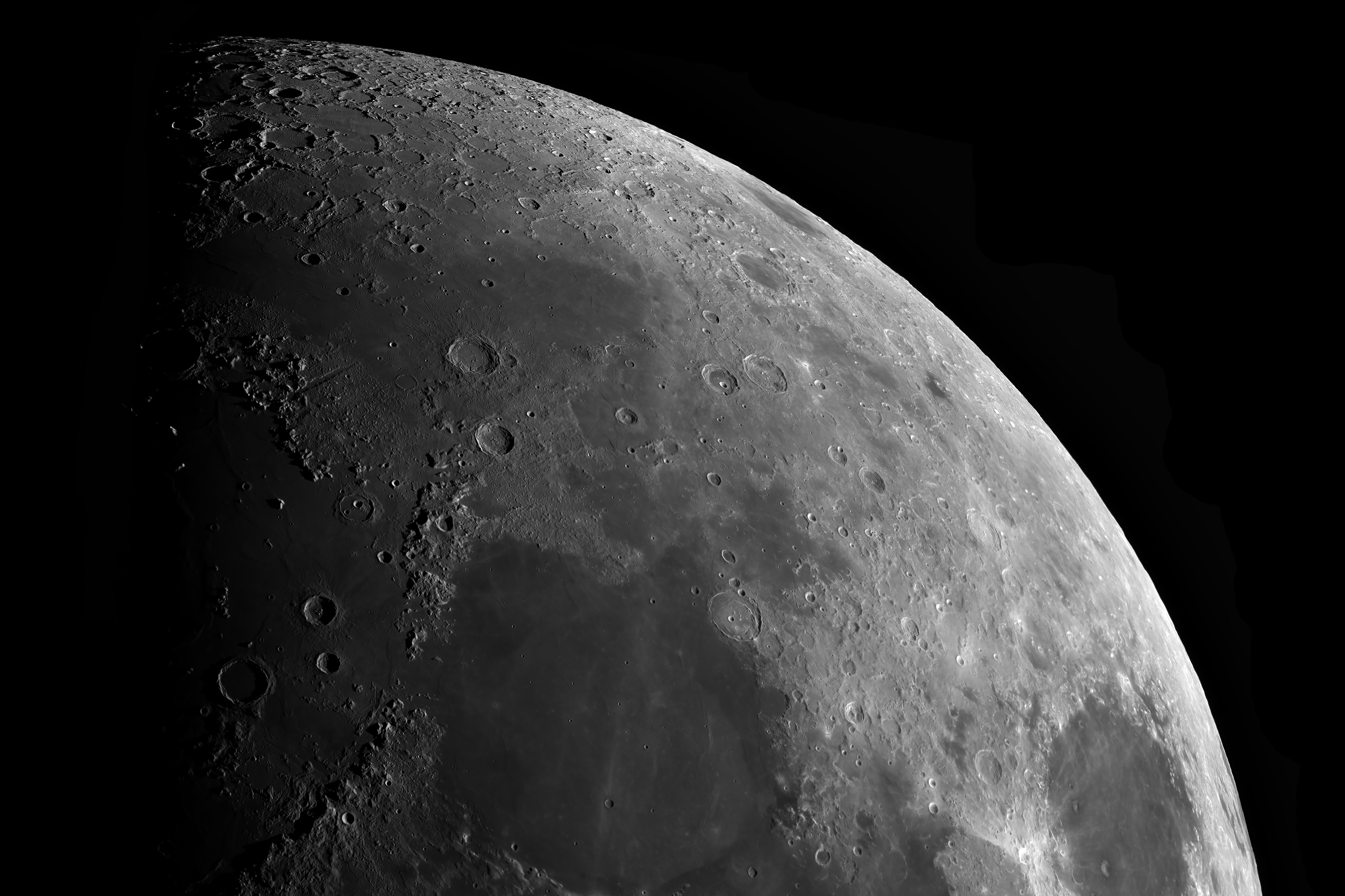 "Each TPS decision has to be considered on its own merits, but it's hard to overlook the fact that this is the third TPS designation terminated in the last three months," Royce Murray, policy director at the American Immigration Council, said of the decision on Haiti. The department must consult with other government agencies to decide whether a country's conditions still merit temporary protected status, she said, adding, "That process certainly failed Haiti this time."

Instead of considering all of the conditions that make it unsafe for Haitians to return, the DHS looked only at recovery from the 2010 earthquake, Murray said, making it "a very different approach than DHS has taken before."

Temporary protected status for Nicaragua, granted in 1999 after a hurricane caused extensive damage and flooding, was renewed by the DHS several times and will expire on Jan. 5, 2019, more than 20 years after the hurricane hit.

In 2006, to explain its decision to extend Nicaragua's protections for an additional 12 months, the DHS cited recent disasters that "severely undermined progress towards an economic recovery" and high unemployment that would "severely limit current employment opportunities for returning migrants." The department also said that housing projects had not been completed and parts of the country continued to suffer.

Advocacy groups say these same arguments can be made for Haiti.

Steven Forester, the immigration policy coordinator for the Institute for Justice and Democracy in Haiti, called the decision to look only at conditions related to the earthquake unprecedented. Had the administration evaluated the other factors, it would have had to extend the program, he said.

"They said we cannot look at the cholera epidemic, which is one of the two worst in the world (the other being in Yemen), and we can’t look at Hurricane Matthew, two things they’d looked at five months earlier in May."

Seven years after the 2010 earthquake, 2.5 million Haitians still need humanitarian aid, according to a United Nations report from earlier this year. At least 37,867 people are still displaced and living in open camp sites, according to an estimate by the UN Migration Agency. In October of 2016, Hurricane Matthew ravaged the island, leaving Haiti with $2.7 billion worth of damage, about 32 percent of its GDP.

The Western Hemisphere's poorest country with nearly 60 percent of the population living under the poverty line, Haiti is heavily reliant on Haitians working abroad. Money sent home by Haitians living elsewhere accounts for more than a quarter of Haiti’s gross domestic product.

The island nation is also at a very high risk for major infectious diseases, including Zika virus, hepatitis A and E and typhoid fever, according to the CIA World Factbook.

"I travelled to Haiti after the earthquake in 2010 and after Hurricane Matthew in 2016. So I can personally attest that Haiti is not prepared to take back nearly 60,000 TPS recipients under these difficult and harsh conditions,” Rep. Ileana Ros-Lehtinen, a Republican from South Florida, where most Haitians in the U.S. live, wrote in a tweet on Nov. 20, the day of the announcement.

But the Department of Homeland Security says Haiti has made sufficient progress since the earthquake.

"The Haitian economy continues to recover and grow, and 97 percent of people displaced by the earthquake and living in internally displaced person camps have left those camps," DHS spokesman Tyler Houlton told NBC in an email. "Ninety-eight percent of the displacement camps established after the 2010 earthquake have closed. In October, the United Nations ended their mission in Haiti saying that the mission had achieved its goals and should conclude.”

The department came to the decision after what it called "extensive outreach" to Haitian communities throughout the U.S. in the form of discussions with community organizers and Haitian government officials, meetings with TPS beneficiaries, meetings at churches and "listening sessions."

Many Haitian families in the U.S. are now living in limbo, unsure whether they may be separated in the near future.

Of the 59,000 Haitians who were granted TPS after a massive 2010 earthquake killed hundreds of thousands of residents of the island nation, 9,700 of them have been granted permanent resident status, leaving the tens of thousands remaining with the options of leaving the U.S. by July of 2019, trying to change their immigration status or staying in the country as undocumented workers and facing deportation.

Haitians with protected status have an estimated 27,000 U.S.-born children, according to the Center for American Progress. Another 246,200 American children have parents who are TPS holders from El Salvador and Honduras.

"They’re going to have to decide between going to Haiti, a country they don’t know just to be with their mom or dad, or saying goodbye to pursue their birthright as Americans to grow up here," Forester said.

Protections for Hondurans, extended to July 5, 2018, may or may not be extended again. The government is expected to make an announcement about El Salvador's status by Jan. 8.

If all immigrants from Haiti, Honduras and El Salvador were to lose their protected status, the loss of their contribution to the labor force would be a huge hit to the U.S. economy, experts say.

The GDP would suffer a loss approximately $164 billion over 10 years without TPS holders from El Salvador, Honduras and Haiti, according to a report by the Center for Migration Studies.  More than 81 percent of workers with temporary protected status from these three countries participate in the U.S. labor force, a rate higher than the total U.S. population (63 percent) and the foreign-born population (66 percent).

A spokesperson for DHS reiterated that the TPS program was always meant to be temporary.

"Congress intended for the program to be temporary and was very clear that any attempt to legalize this population would require a super majority vote in the U.S. Senate," DHS spokesman Tyler Houlton told NBC.

The program was created in 1990 to protect immigrants facing dangerous conditions in their home countries from deportation. The first to be granted temporary protected status were residents of El Salvador, who were fleeing a 12-year bloody civil war.

Three members of Congress, two Democrats and a Republican, have proposed legislation that would allow TPS recipients to apply for permanent residence.

"The Temporary Protected Status program was created with bipartisan support to protect human life," said Rep. Yvette Clarke, a Democrat from New York., who introduced the legislation with Miami Republican Rep. Ileana Ros-Lehtinen and Washington Democratic Rep. Pramila Jayapal. "It advances American interests and values and we must work in a bipartisan manner to do the right thing and protect hardworking immigrants from being sent back to countries where their physical well being could be cast into doubt."

The bill, called the ASPIRE TPS Act, is co-signed by eight other Democratic members of Congress.