This Flying Space Probe Will Look for Life Around Saturn

The hazy skies of Saturn’s moon Titan are the next destination for the growing use of flying drones to explore the solar system. This time, scientists are preparing not to just hop but soar up to 13,000 feet and cover hundreds of miles in search of evidence of ancient microbial life.

It’s a major step beyond the success of NASA’s Ingenuity drone on Mars, and it signifies that flying robots from Earth will play an increasingly important part in the exploration of our solar system.

“Ingenuity was a technology demonstration,” said Alex Hayes, an associate professor and the director of Cornell University’s Center for Astrophysics and Planetary Science in Ithaca, New York. “You can now expect follow-ons to expand that technology to actual science missions that use flight.”

Want to Pretend to Live on Mars for a Year? NASA Is Hiring 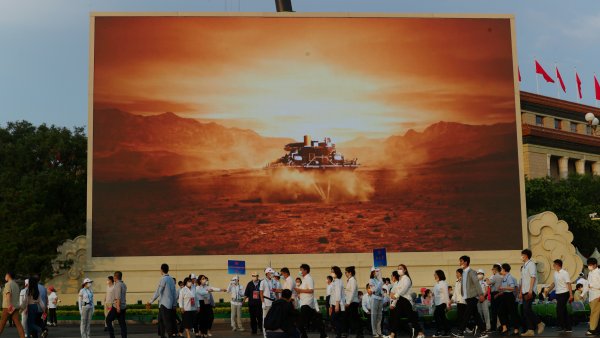 In July, Hayes and his colleagues detailed the scientific goals of the Titan probe, called Dragonfly, which is scheduled to launch in 2027 and arrive around Saturn by 2034. Its main purposes will be to look for chemical traces of microbial life on the moon and to study the “methane cycle” — a much colder analog of the water cycle here on Earth — that shapes its landscape.

Dragonfly has been in planning for more than a decade, roughly since the Cassini mission to the Saturn system deployed the Huygens lander to the surface of Titan in 2005.

NASA launched a solar-powered helicopter on the surface of Mars Monday morning.