A Texas couple decided to share the news of their newfound status as "empty nesters" with a hilarious photo shoot.

Dalila and Juan Perez, who will celebrate their 35th wedding anniversary in January, have four children and seven grandchildren - with an eighth on the way.

"When we got married, we just started having kids right away. So we really didn't have a lot of free time nor money," Dalila said. "Now we actually have time and money to spend on each other."

The Pharr residents found an opportunity to have a little fun when their 22-year-old daughter, Joy, got married on Aug. 1 and moved to Corpus Christi with her husband. As Joy was the last of their children to "fly the coop," the Perezes decided to mark the milestone by staging an empty nest photo shoot after seeing another empty nester do one as well.

Their photographer, Melyssa Anne Photography, shared the photos on Facebook and got an overwhelming response. At the time of writing, the post had been liked over 21,000 times and Melyssa Anne says it's been viewed over 1 million times.

"It's not that we're celebrating them leaving or trying to get rid of them," Dalila said. "They have to move on to their own lives."

Despite the cheeky photos, Dalila said she initially struggled when her children started moving out. 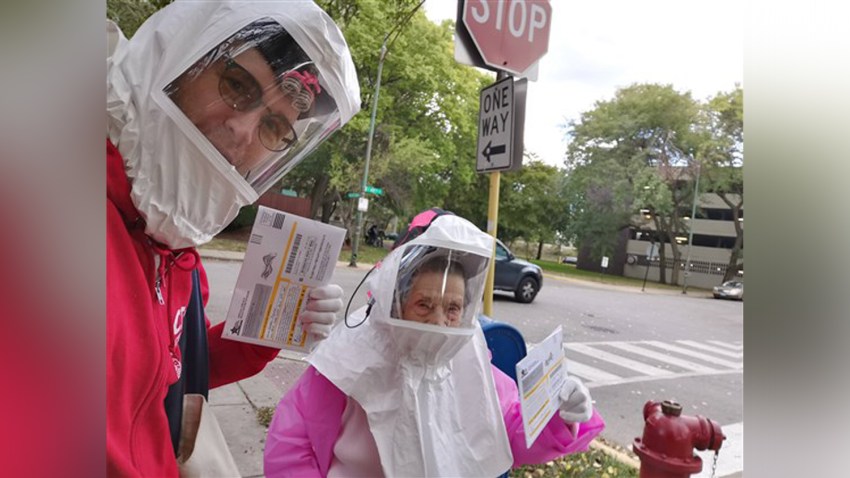 102-Year-Old Wears PPE to Mail Her Ballot: ‘Most Important Election of My Lifetime' 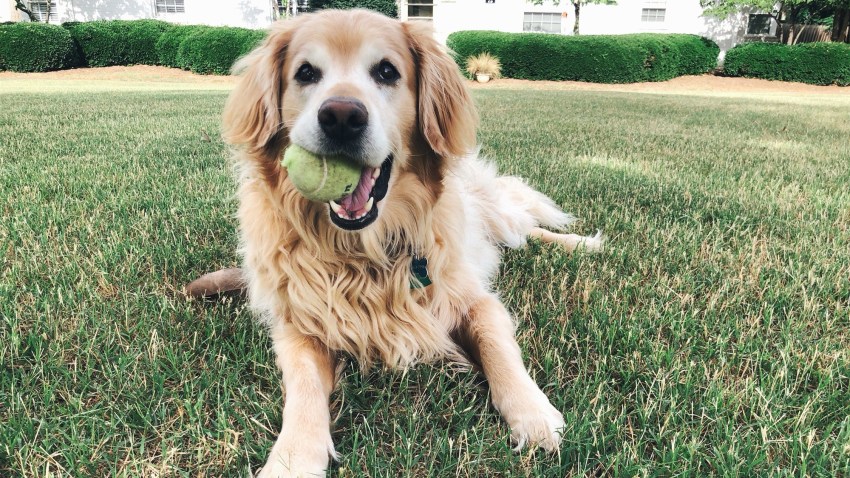 "I'd just start bawling tears for no reason. Just driving in my car," she said.

One by one, each of their three sons went off to college and then got married. The oldest son went to the Air Force Academy while the other two went to college on full academic scholarships. "They are debt-free from their education," Juan said.

When their daughter got married this past August, it felt a little different. "I missed her. I cried for her. But I don't want her to stop living her life just because I'm crying and I'm sad," Dalila said.

"They have so much potential and they're so smart and have a good head on their shoulders. I don't want to stop them from enjoying their own lives. I won't do that."

Their children are spread out now across Texas -- San Antonio, Dallas and Corpus - which gives them a reason to travel a lot to visit.

Juan has a Harley Davidson and they recently bought a small trailer that they hook onto the back for extended travel. "I wanted a bigger bike so we can take rides together now that we have time... and get to know more of the country on a bike," Juan said.

Now that it's just them at home, they've also taken on some home improvement projects. "We're reclaiming our home," Dalila said. They're giving the walls a fresh coat of paint, replacing old doors and Juan is building Dalila a craft desk for her hobbies.

"We're going to enjoy each other and get to know each other a lot better," Juan said. "Now, we have all the time in the world."

The 53-year-old retired Marine veteran and 51-year-old nurse met when he was in eighth grade and she was in seventh.

Dalila's advice for other couples is to devote time to your marriage and to make your relationship a priority.

"The funds aren't there at times when you're raising a family. You're busy, you're tired. But you have to take care of your marriage because when the kids leave, you don't want to end up with a stranger," she said.

"Remember, they will grow up and they will leave, and you're gonna miss them. But you're left with how you started. With your spouse," Dalila said.

The photo shoot is a celebration of everything they've accomplished as a couple and the start of a new chapter in their lives.

"Finally, we got our kids educated and married. And now we're able to just enjoy each other," Dalila said.

To document their new adventures and to serve as a resource for other empty nesters and soon-to-be empty nesters, Dalila and Juan have started a podcast. You can also follow them on Instagram at Perez_empty_nesters.